Study: Contribution of Antarctica to past and future sea-level rise (2016) 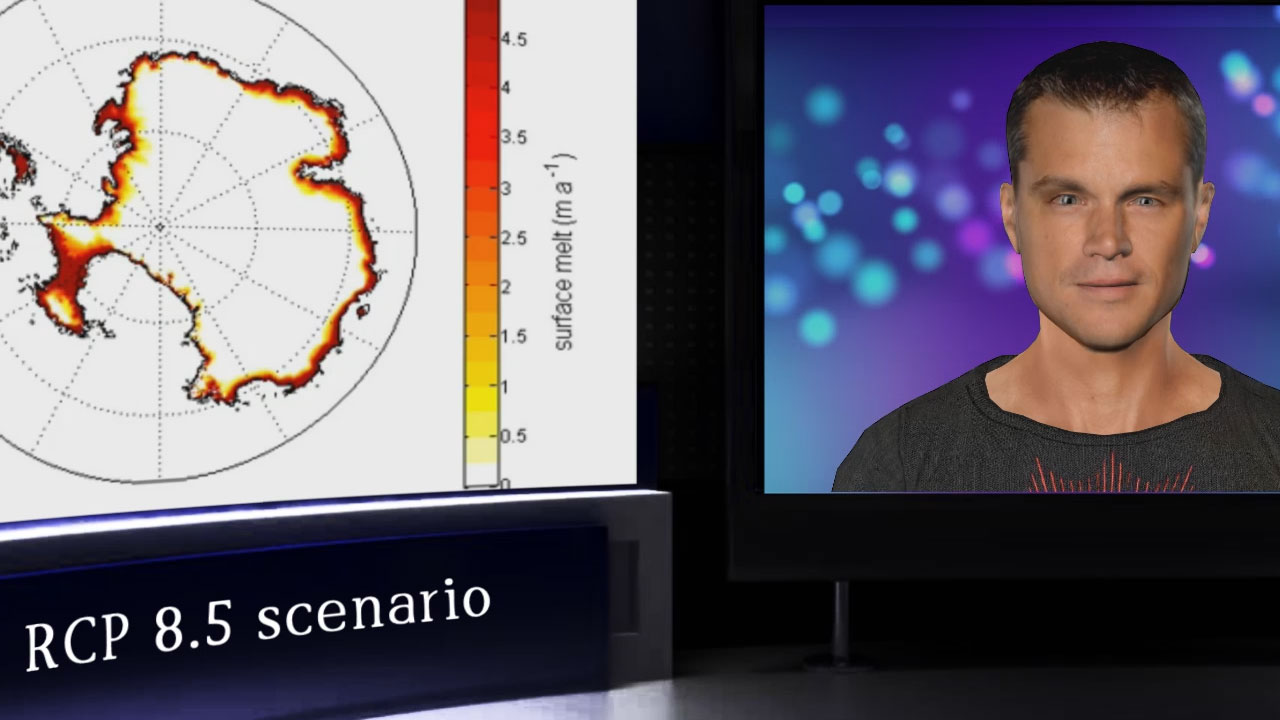 A study published in March 2016, suggests that large parts of East Antarctica’s ice sheet can collapse, can do so under Pliocene conditions.

A key question has long been whether ice sheet contribution could accelerate substantially, by an order of magnitude, either in this century or subsequently.
Until recently ice sheet models had problems to reproduce the ice streams of Antarctica or Greenland. For instance to simulate the partial collapse
with the Larsen B ice shelf in Antarctica in 2002.

The Pliocene, is one of the key past eras that scientists study as an analogue for where we are currently driving the planet with our greenhouse gases.

Pliocene-type conditions — sea levels are believed to have been 6 to 9 metres higher around the globe, and especially during the mid-Pliocene warm period,
atmospheric carbon dioxide was at about the level where it is now, 400 parts per million, and global temperatures were 1 or 2 degrees Celsius warmer
than at present.

The new research is based on improved modelling, by adding several dynamic ice collapse processes to glacial models that, in the past,
had been slow to melt East Antarctica even under quiet warm conditions.

The study is co-authored by Rob DeConto of the University of Massachusetts, and David Pollard of Penn State University,
their new ice sheet model of Antarctica predicts the ice continent can melt and raise sea levels by nearly a meter, on its own, during this century.

The model accounts for ice loss caused by warming ocean currents — which can eat at the underside of the ice sheet
— and for rising atmospheric temperatures that melt it from above.
Ponds of meltwater that form on the ice surface often drain through cracks; this can set off a chain reaction that breaks up ice shelves
and causes newly exposed ice cliffs to collapse under their own weight.

They tested how well different versions of their model simulated the past, and then used the ones that performed best to project future sea-level rise.
They found that over time, atmospheric warming would become the main driver of ice loss.

Their model not only collapses the entirety of West Antarctica (driving some 10 feet of global sea-level rise) but also shows the oceans eating
substantially into key parts of East Antarctica.

The new work suggests that if we keep pushing the system, we’ll not only have to worry about the loss of Greenland’s and West Antarctica’s ice,
but also major losses from the biggest ice sheet of them all, East Antarctica.

In particular, the multi-kilometer thick ice that currently fills the extremely deep Aurora and Wilkes basins of the eastern ice sheet
retreats inland for hundreds of miles.

Study
Contribution of Antarctica to past and future sea-level rise
http://www.nature.com/nature/journal/v531/n7596/full/nature17145.html

Scientists may have solved a key riddle about Antarctica — and you’re not going to like the answer
https://www.washingtonpost.com/news/energy-environment/wp/2016/09/20/scientists-may-have-just-solved-a-riddle-about-antarctica-and-youre-not-going-to-like-the-answer