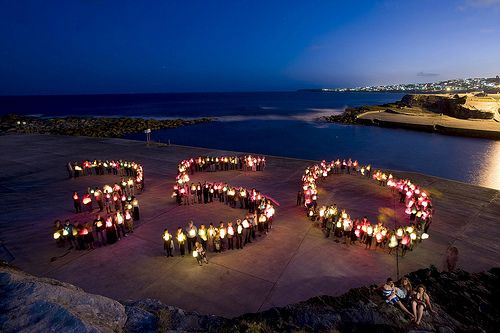 350 PPM
What is 350?
[wpcol_1half id=”” class=”” style=””]
Mission: Our online campaigns, grassroots organizing, and mass public actions are led from the bottom up by thousands of volunteer organizers in over 188 countries.

350 means climate safety. To preserve our planet, scientists tell us we must reduce the amount of CO2 in the atmosphere from its current level of 392 parts per million to below 350 ppm. But 350 is more than a number—it’s a symbol of where we need to head as a planet.

350.org works hard to organize in a new way—everywhere at once, using online tools to facilitate strategic offline action. We want to be a laboratory for the best ways to strengthen the climate movement and catalyze transformation around the world.

We operate at a large scale to take on the world’s greatest challenge. In October of 2009 we coordinated 5200 simultaneous rallies and demonstrations in 181 countries, what CNN called the ‘most widespread day of political action in the planet’s history.’ On 10/10/10, we organized the “Global Work Party” — a day of climate solutions projects, from solar panel installations to community garden plantings–and changed communities from the bottom up with over 7000 events in 188 countries. In 2011, we mobilized people power in every corner of the planet. In September, we organized “Moving Planet” – a massive day of action to move beyond fossil fuels.

We also helped lead the fight to stop the Keystone XL tar sands oil pipeline — a relentless campaign that ended in improbable victory.

In 2012, with the help of millions of people, we’ll create a wave of hard-hitting climate activism all over the world that can lead to real, lasting, large-scale change. We think we can turn the tide on the climate crisis–but only if we work together. If an international grassroots movement holds our leaders accountable to realities of science and principles of justice, we can realize the solutions that will ensure a better future for all.

Or to put it another way… With over 4000 languages spoken around the world, words don’t always get the point across. To transcend the language barrier we made this wordless animation that explains 350.org in 90 seconds.