The California drought and climate disruption 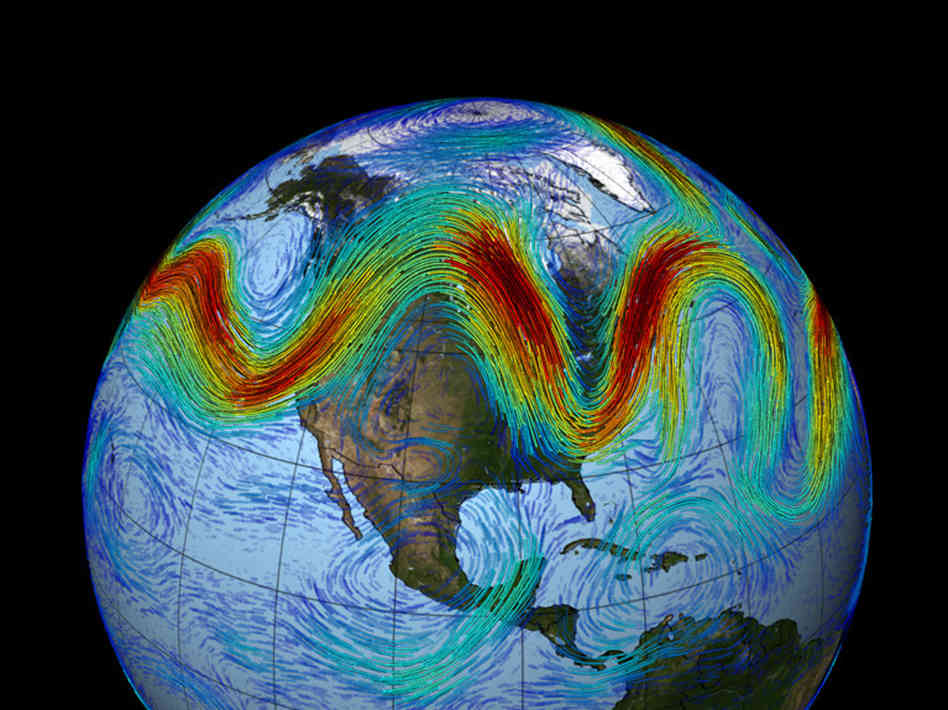 ClimateProgress covered the jet stream connection on Monday: It will be unseasonably chilly in the eastern part of the United States this week, due to a peculiar weather pattern that’s causing deep waves in the jet stream. One of those big waves is bringing cool air down from the northeast Pacific and the Arctic. This will cause nighttime temperatures to be, on average, in the 50s or 60s on Tuesday and Wednesday.

So is it the polar vortex, or isn’t it? That’s been the big debate among meteorologists and news outlets. But according to at least one scientist, that debate misses a more important point about the unusual weather pattern sweeping the United States — that it’s causing extreme weather in other parts of the country.

The jet stream is set to make a huge dip into the eastern U.S. this week.

A particularly wavy jet stream is what is causing the so-called “polar vortex,” or cold air from the Arctic, to travel down to the United States, Francis said. The dramatic and unusual southward swoop, shown in the map on the right, allows air from the cold north to travel south. The same thing happened this past January, when a dramatic southward swing of the jet stream brought increased cold air to an already-freezing region. That was big news, extreme weather-wise.

Related
WTF, Summer? It’s 103 Degrees in Canada, 55 in Missouri
Storms Get Headlines, but Drought Is a Sneaky, Devastating Game-Changer
The Weather in U.S. and Canada Will Be Very Bizarre This Week
Nestlé calls world’s water scarcity ‘more urgent’ than climate change – as it sells bottled water from drought-ridden California