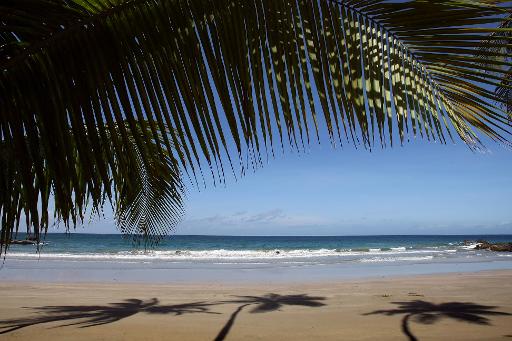 An idea by the father of the H-bomb to slow global warming by sowing the stratosphere with light-reflecting particles could wreck the weather system in the tropics, a study said Wednesday.

The scheme may benefit northern Europe and parts of Asia, but around the equator rainfall patterns would be disrupted, potentially drying up tropical forests in South America and intensifying droughts in Africa and Southeast Asia.

“The risks from this kind of geo-engineering are huge,” said Andrew Charlton-Perez, a meteorologist at Britain’s University of Reading.

In 1997, US nuclear physicist Edward Teller and other scientists suggested spreading sulphate particles into the upper atmosphere, reflecting some sunlight back into space to attenuate the Earth-warming greenhouse effect from fossil fuels.

This sunscreen—similar to the cooling effect from ash spewed by volcanic eruptions—would be cheaper than switching out of coal, gas and oil which cause the global warming problem, they said.

The idea is a favourite among geo-engineers, who nevertheless concede that manipulating the climate system on a planetary scale should be a last-ditch option.

In a paper published in the journal Environmental Research Letters, the British scientists said it would take a staggering volume of particles, called aerosols, to reverse warming.

“To reduce global temperatures enough to counter effects of global warming would require a massive injection of aerosol,” said Angus Ferraro at the University of Exeter, southwestern England.

Each year, it would require the equivalent of five times the volume of ash disgorged by Mount Pinatubo in 1991—the biggest volcanic eruption in the last quarter of a century.

The model was based on upper-end projections of having to reverse the warming impact of atmospheric CO2 levels of 1,022 parts per million—compared to about 400 ppm today.

Such a high level would drive the Earth’s surface temperature up by about 4.0 degrees Celsius (7.2 degrees Fahrenheit).

The investigation, however, found that releasing the particles would have at least one serious side effect.

They would start to warm the stratosphere and weaken upward convection from the troposphere, the lower levels of the atmosphere where weather takes place.

The result would be to put the brakes on a mechanism of atmospheric turnover and cause a sharp drop in rainfall in the equatorial belt.

“A reduction in tropical rainfall of 30 percent would, for example, quickly dry out Indonesia so much that even the wettest years after a man-made intervention would be equal to drought conditions now,” said Charlton-Perez.

“The ecosystems of the tropics are among the most fragile on Earth. We would see changes happening so quickly that there would be little time for people to adapt.”

In August 2012, a cost analysis, also published in Environmental Research Letters, found that the basic technology to distribute aerosols exists and could be implemented for less than $5 billion (3.65 billion euros) a year.

That estimate, though, did not factor in any environmental risks.

In a 2009 overview of geo-engineering, the Royal Society, Britain’s academy of sciences, said the advantage of aerosols was that they could be deployed quickly and start reducing temperatures within a year.

But they would not stop a buildup of CO2 from fossil fuels, nor prevent acidification of the oceans, which absorb the gas. There could also be a knock-on effect on rainfall patterns and on Earth’s protective ozone layer, the Royal Society said.

Climate Change Could Affect Global Agriculture Within 10 Years
November 2, 2021
Subscribe
0 Comments
Inline Feedbacks
View all comments
Go to Top
wpDiscuz
0
0
Would love your thoughts, please comment.x
()
x
| Reply
Cookie Consent
To provide the best experiences, we use technologies like cookies to store and/or access device information. Consenting to these technologies will allow us to process data such as browsing behavior or unique IDs on this site. Not consenting or withdrawing consent, may adversely affect certain features and functions. Learn more about the data usage on this website.
Manage options Manage services Manage vendors Read more about these purposes
View preferences
{title} {title} {title}