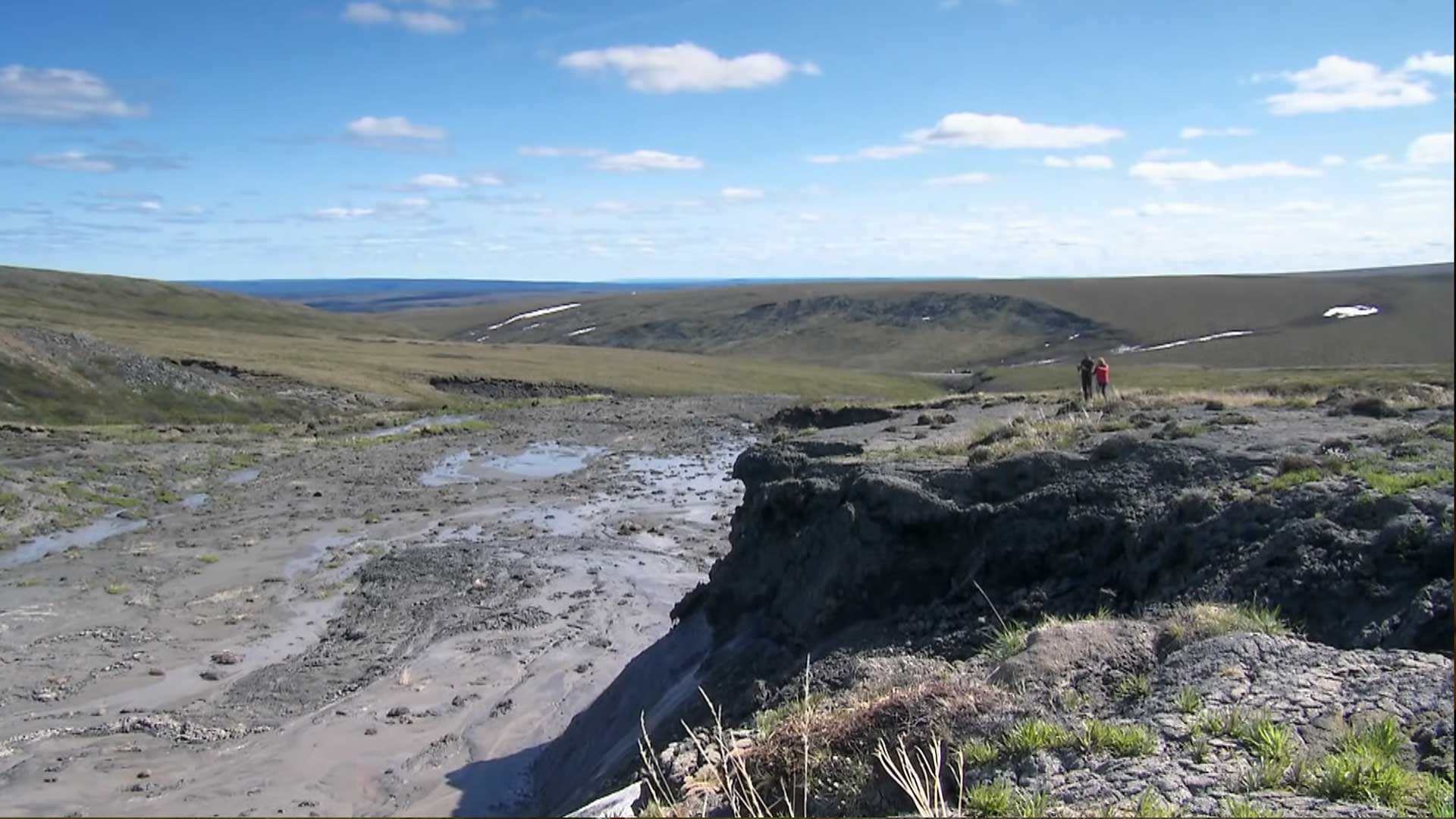 CBC News The National: Northern Canada is seeing record temperatures because of a heat dome hovering over the region and experts are worried the extreme heat will lead to a rapid permafrost thaw and potentially catastrophic effects.

Dailykos: The heatwave in the Pacific Northwest that has caused hundreds of deaths and igniting wildfires has entered the southern extremities of the Yukon and the Northwest territories. This heat has rapidly melted any snow remaining on the ground and has caused the thawing of the top layer of the permanently frozen soil.

The water from the thaw is unable to percolate down through the frozen layers below. That causes even more thawing. The fear is that the thawed soil will detach from the frozen layer and slump into nearby rivers. This process is known as solifluction.

CBC: The N.W.T.’s season started very wet, with really fast snowmelt, Quinton said, with most of the water ending up in the landscape. When that happens, there is more ground thaw — and even more permafrost thaw.

Fabrice Calmels, research chair of permafrost and geoscience at Yukon University, said these temperatures could speed up the thaw of the first active layer of soil. That layer could then detach itself from a thicker, permanent layer underneath and slide into nearby rivers.

“You may have some small landslides on slopes,” he said. “When permafrost melts, it changes hydrology, it changes vegetation. It’s a very complicated process.”

With these kinds of temperatures comes an elevated risk of wildfires, Calmels continued.

CBC: Quinton said he doesn’t know yet what long term effects the heat wave will have on the landscape and water, but it’s something they’re actively studying. More of these heat waves should be expected in the future, he continued, because it is “on par” with what we know about how climate change brings on more extreme weather events.

In order to respond to these challenges, Quinton said it’s possible some might have to change the way they interact with the land. “There are new hazards that we have to be aware of,” He said. “Our past experiences on the land don’t necessarily apply when things are changing so fast.”

Calmels said there are some changes that can be made at a micro-level, like where and how roads and structures are built, but nothing that can be applied at a territorial level. “Even if you were going to grow vegetation to regenerate permafrost … there’s no guarantee that you would get results,” he said.