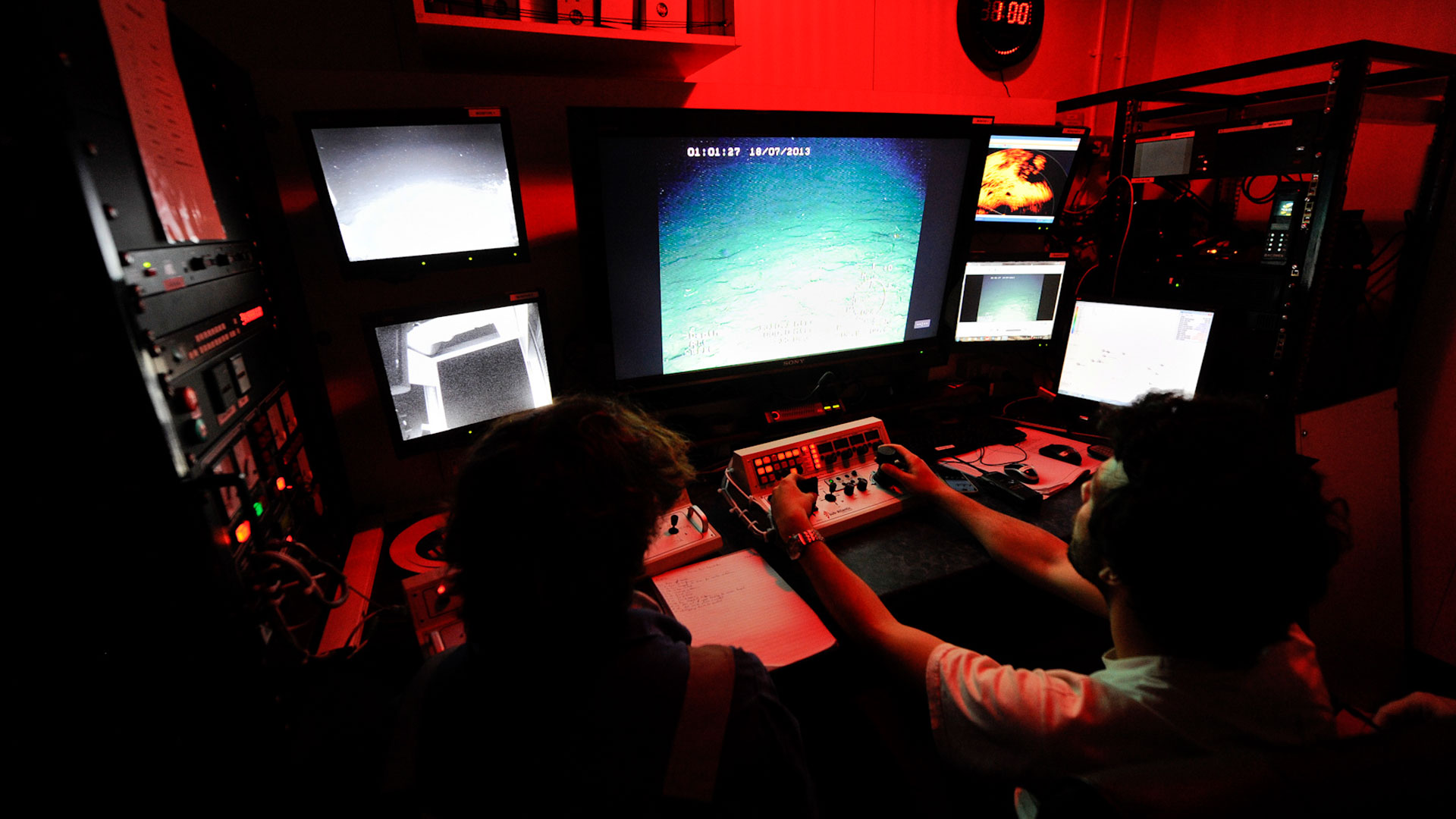 A joint research team from Brazil and France, spearheaded by professor Marcelo Ketzer and his colleagues from the Linnaeus University uncovered methane gas leakage from gas hydrate dissociation in the Southern Hemisphere for the first time.

The study authors suggest that the leakage is tied to climate change, more specifically to ocean warming.

Along the continental margins around the globe, frozen ice like structures form in sediments, called methane hydrates – the largest organic carbon reservoir on the planet.

“It has been estimated that there are more organic carbon in the form of methane in hydrates than in all fossil fuels combined. The leakage of methane could lead to a feedback loop in which the ocean warming melts gas hydrates resulting in the release of methane from the ocean floor into the water. The warmer it gets, the more methane leaks out.” – Marcelo Ketzer, professor of environmental science at Linnaeus University

While scientist all over the world rush to better understand the complex ocean, sediment, and climate interactions, this sort of mechanism is believed to have triggered and amplified climate changes in our geological past, and by a lot.

Large storage of these hydrates were also detected around 2008, in the East Siberian Arctic Sea, and here the Ocean is also very shallow, raising carbon cycle feedback fears in light of the climate linked developments in the region.

And indeed researchers recently found that some of the Arctic methane hydrate leaks also reach the sea surface, atmosphere interface.

The new findings add to our understanding that methane hydrate and it’s interconnections with our climate, is not an isolated process, but a global phenomena.

However, the Brazil ebullition quantities of methane so far emanating from the sea floor are consumed in the water column, not directly affecting the atmospheric chemistry. But, ..

Linnaeus University: The researchers could demonstrate that when methane reaches the ocean water it is dissolved and consumed to a certain extent by microorganisms, which results in the formation of carbon dioxide. It is known that, in large quantities, this process can change the chemistry of the oceans.

“The hydrate dissociation and related methane leakage to our oceans is a long-term process that can last for several centuries, and it can lead to a significant amplification of the climate change effects and to changes in the oceans chemistry, for instance, in the form of further Ocean acidification.”

The next step is to quantify the amounts of methane hydrates in the region.

Heatwave: Record breaking temperatures in the U.S. and Europe
June 12, 2022
Subscribe
0 Comments
Inline Feedbacks
View all comments
Go to Top
wpDiscuz
0
0
Would love your thoughts, please comment.x
()
x
| Reply
Cookie Consent
To provide the best experiences, we use technologies like cookies to store and/or access device information. Consenting to these technologies will allow us to process data such as browsing behavior or unique IDs on this site. Not consenting or withdrawing consent, may adversely affect certain features and functions. Learn more about the data usage on this website.
Manage options Manage services Manage vendors Read more about these purposes
View preferences
{title} {title} {title}
Loading Comments...