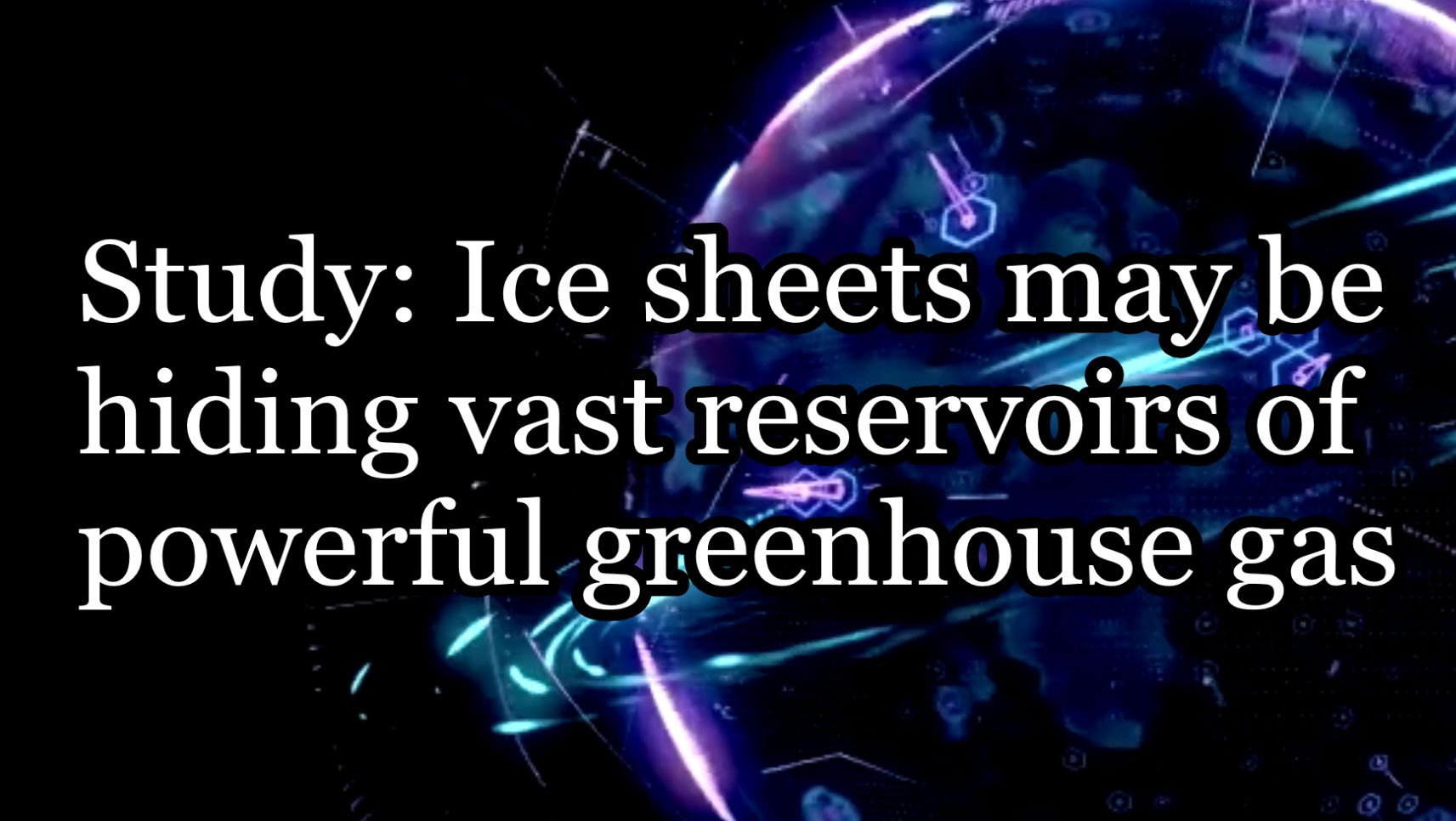 The study indicates that under the frigid weight of Barents Sea Ice sheet, which covered northern Eurasia some 22 000 years ago, significant amounts of methane may have been stored as hydrates in the ground. As the ice sheet retreated, the methane rich hydrates melted, releasing the climate gas into the ocean and atmosphere for millennia.
This finding was published in January 2016 in Nature Communications, publication “Ice-sheet-driven methane storage and release in the Arctic”

If the same process of methane storage is occurring under the current ice sheets, there may be a new threat to take into the account when we are discussing ice sheet retreat in the future.

Read the article at: http://phys.org/news/2016-01-ice-sheets-vast-reservoirs-powerful.html

A 2014 study found based on subglacial drainage samples (dominated by Proteobacteria), evidence for methane cycling below the ice sheet of the Russell Glacier. During the study, on 12 July 2012 the most widespread surface melt on record for the past 120 years was observed in Greenland, unfrozen water was present on almost the entire ice sheet surface (98.6%). The findings indicate that methanotrophs could serve as a biological methane sink in the subglacial ecosystem, and the region was at least during the sample time, a source of atmospheric methane. Scaled dissolved methane flux during the 4 months of the summer melt season was estimated at 990 Mg CH4. Because the Russell-Leverett Glacier is representative of similar Greenland outlet glaciers, the researchers concluded that the Greenland Ice Sheet may represent a significant global methane source.