What has the West Virginia chemical spill to do with climate change? 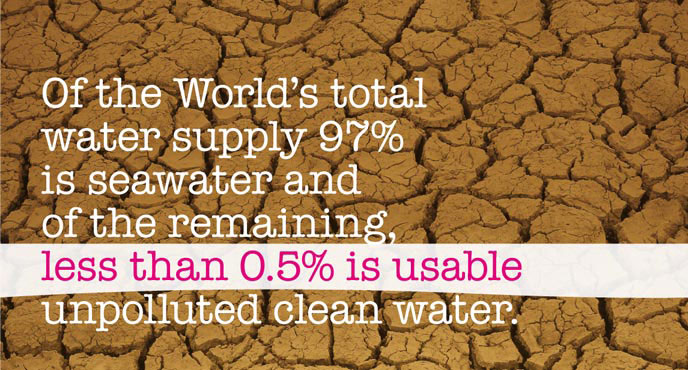 Both involve the Koch Brothers

Billionaire oilman David Koch used to joke that Koch Industries was “the biggest company you’ve never heard of.” Now the shroud of secrecy has thankfully been lifted, revealing the $67 million that he and his brother Charles have quietly funneled to climate-denial front groups that are working to delay policies and regulations aimed at stopping global warming URL

According to Department of Environmental Protection officials, Freedom Industries is exempt from DEP inspections and permitting since it stores chemicals, and doesn’t produce them. URL

The climate economist Lord Stern and others had warned in April of the risks of a “carbon bubble”, because two-thirds of the fossil fuel reserves underpinning the value of oil, gas and coal companies will have to remain underground to keep warming under 2C. “The financial crisis has shown what happens when risks accumulate unnoticed,” said Stern, who added that the risk was “very big indeed” and that almost all investors and regulators were failing to address it. URL

A new study by a diverse group of researchers from twelve countries found that of the human impacts stemming from climate change, the threat it poses to global water supplies may be the most severe.

Published in the Proceedings of the National Academy of Sciences and reported in the journal Nature, the researchers found that if global temperatures rise by an average of 2°C, up to a fifth of the global population will suffer from severe water shortages. Recent researchhas shown that a minimum average temperature of rise of 2°C by 2100 is becoming anaccepted likelihood, even though just a few years ago it had been the stated benchmark that scientists hoped to remain beneath. A new study published in the journal Nature shows that temperatures will rise by at least 4°C by 2100 and potentially more than 8°C by 2200 if carbon dioxide emissions are not reduced.

Hans Schellnhuber, director of the Potsdam Institute for Climate Impact Research in Germany, explained why climate change’s impact on global water supplies is of particular concern: “Water and all that relies on it, from food to sanitation and public health, is an emblematic aspect of climate change whose urgency people tend to instantly understand.”

“Those who might say, ‘Come back when you’ve narrowed down the risk’ should be reminded that climate change is a treacherous gamble. We don’t quite know the odds, but the chance of losing heavily might be a lot bigger than many tend to think.”

“The multi-model assessment suggests that, in vulnerable regions, climate change will significantly add to the problem of water scarcity that is already arising from population growth,” Nature reported. “The modellers found that climate-driven changes in evaporation, precipitation and run-off will result in a 40 percent increase in the number of people worldwide who must make do with less than 500 cubic meters of water per year — a commonly used threshold to signify ‘absolute’ water scarcity.”

The findings show that the regions most at risk from water scarcity include parts of the southern U.S., the Mediterranean and the Middle East.

Prolonged drought is already taking its toll on several U.S. states. 2013 was the driest year on record for much of California, with both Los Angeles and San Francisco setting low precipitation records that hadn’t been met since official record-keeping began in the mid-19th century. Overall, 2013 ended with about 31 percent of the contiguous United States experiencing moderate or extreme drought, according to the U.S. Drought Monitor. URL

Congress should put a price on carbon pollution