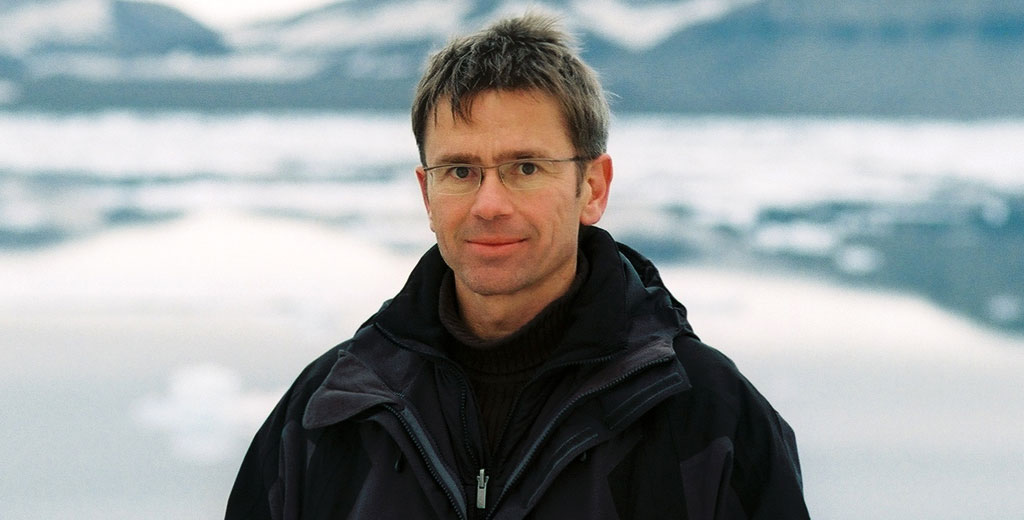 Robert Bristow: To get CO2 emissions under control – do you think some form of geoengineering (i.e CO2 scrubbing) will be desirable?

Stefan Rahmstorf: The term geoengineering or climate engineering, encompasses a wide range of ideas. I would strongly advise against any form of interference with solar radiation, since this is risky, treats only symptoms and not the cause of the problem, and makes the climate system inherently unstable in the sense that humans will then have to keep interfering for millennia.

Attempts to remove some of the excess carbon dioxide from the atmosphere, on the other hand, tackle the cause of the problem and would thus be a good idea. However, they inherently struggle with the second law of thermodynamics: it is difficult and costly to get a substance back that you first spread around the entire planet in an extremely diluted way (measured in parts per million after all). It is much smarter and cheaper to prevent heat-trapping gases from getting into the atmosphere in the first place.

Chris Machens: What do you think are the three most important measures each country could implement in order to achieve the best climate targets?

Stefan Rahmstorf: You cannot say that in general, because different countries of course have very different requirements and problems. The climate problem can not just be addressed with two or three measures that may solve the problem, since almost all of our business activities, our living, our mobility are associated with emissions.

I think the first step is to really recognize the urgency of the problem and to take it seriously – there is too much lip service with no real consequences, too much postponing. Especially in Germany and Europe there is quite a lot already done to address the problem, emissions have dropped there, but it’s not enough to stop the warming. It’s not high enough on the priority list.

The critical threshold, the “tipping point” in West Antarctica has now passed. The disintegration of this vast ice sheet is now underway and will cause global sea level rise by several meters, slowly but inexorably.

Chris Machens: Is there a specific process in the climate system, which requires special attention, and if so what would it be?

Stefan Rahmstorf: What still gets too little attention are the risks of surprises and non-linear effects. Since decades we understand the basics of global warming, especially the fact that our emissions lead to global warming. This is simple physics. However, the manifold of consequences are not yet so well understood. Those who warned in the past decades of a collapse of  the West Antarctic ice sheet, as John Mercer did in the 1970s were dismissed as alarmist.(West Antarctic ice sheet and CO2 greenhouse effect: a threat of disaster | Abstract: http://www.nature.com/nature/journal/v271/n5643/abs/271321a0.html | PDF: https://stuff.mit.edu/~heimbach/papers_glaciology/nature_mercer_1978_wais.pdf?origin=publication_detail | J. H. Mercer | Nature 271, 321 – 325 | DOI: 10.1038/271321a0 | January 26, 1978)

But this spring, several research groups have independently confirmed that the critical threshold, the “tipping point” in West Antarctica has now passed. The disintegration of this vast ice sheet is now underway and will cause global sea level rise by several meters, slowly but inexorably. The IPCC reports have often underestimated such effects. There are a number of other tipping points in the climate system – large risks that are only rarely talked about.

Thwaites Glacier, is an unusually broad and fast Antarctic Glacier, draining into West Antarctica’s Amundsen Sea, and is being closely watched for its potential to raise global sea levels.

Chris Machens: The media is well known, for inaccurate or imbalanced reporting on climate change. This could be addressed with the introduction of basic standards for science reporting, or how to solve this dilemma?

Chris Machens: Do you have a message for all the people who take climate change seriously?

Stefan Rahmstorf: Talk about it. In the family, among friends, at work. The Norwegian sociologist Kari Norgaard has nicely shown how we consciously banish the climate crisis from our everyday discourse.(Living in Denial Climate Change, Emotions, and Everyday Life | http://mitpress.mit.edu/books/living-denial | Kari Marie Norgaard | The MIT Press | 2011) Because we feel helpless and complicit or may not want to be seen as a moralist or a spoilsport.

Nevertheless, we must find ways to talk about and tackle the issue positively in our sphere of influence. Whenever possible use your bike, switch to green energy sources, plan your next vacation closer to your home, etc., which does not mean sacrifice. A sustainable lifestyle with deceleration and less consumption also brings joy and quality of life.

Chris Machens: Thank you for the interview.