You are here:
2017Emissions ReductionPolicy 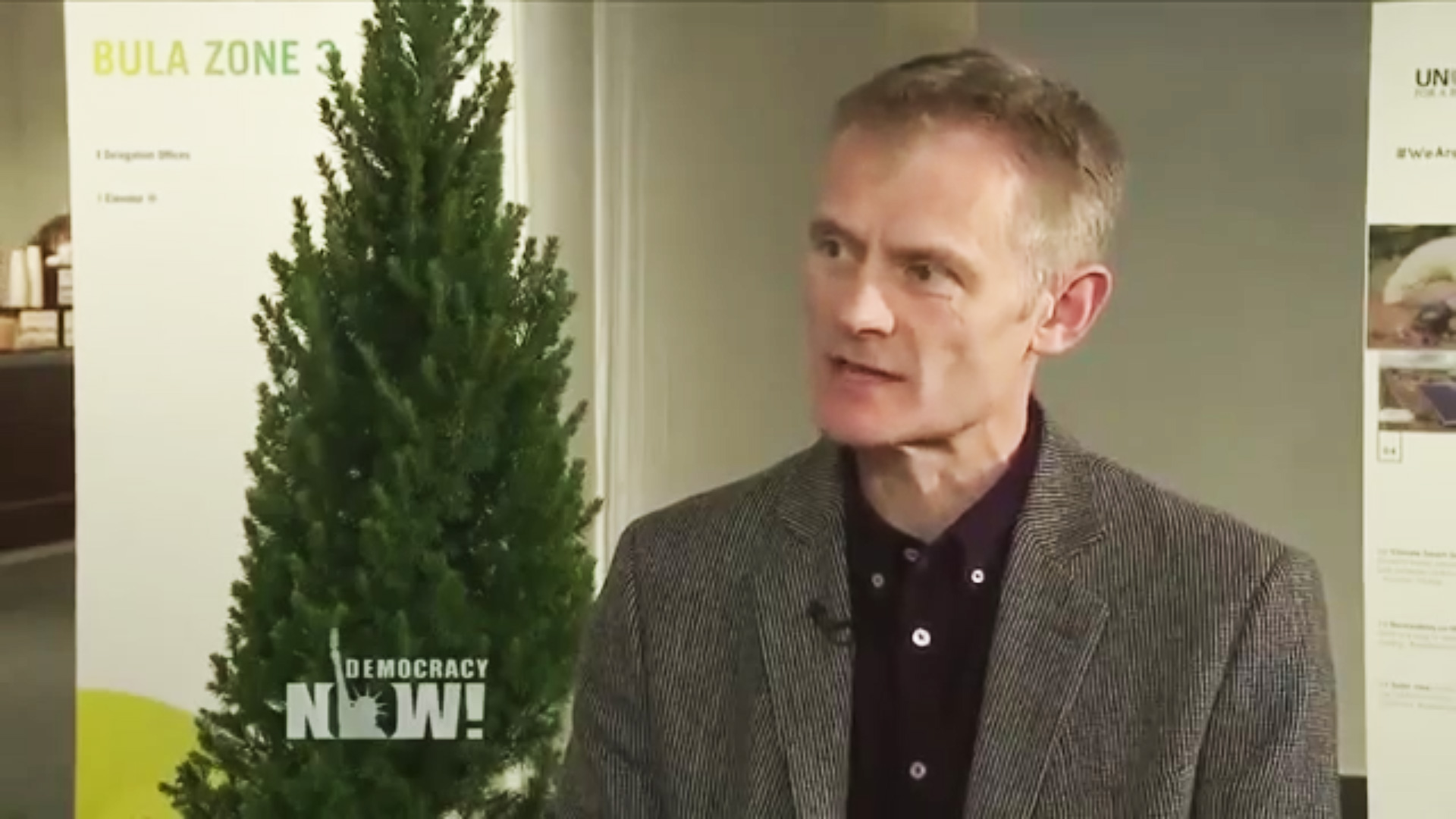 https://democracynow.org – At COP23, the International Energy Agency predicts U.S. oil production is expected to grow an an unparalleled rate in the coming years—even as the majority of scientists worldwide are saying countries need to cut down on fossil fuel extraction, not accelerate it. Meanwhile, a group of 15,000 scientists have come together to issue a dire “second notice” to humanity, 25 years after a group of scientists issued the “first notice” warning the world about climate change. We speak with the co-author of this report, Kevin Anderson, one of the world’s leading climate scientists. Anderson is deputy director of the Tyndall Centre for Climate Change Research and professor of energy and climate change at the University of Manchester in Britain. The report is entitled “Can the Climate Afford Europe’s Gas Addiction?”

Democracy Now! is an independent global news hour that airs weekdays on nearly 1,400 TV and radio stations Monday through Friday. Watch our livestream 8-9AM ET: https://democracynow.org