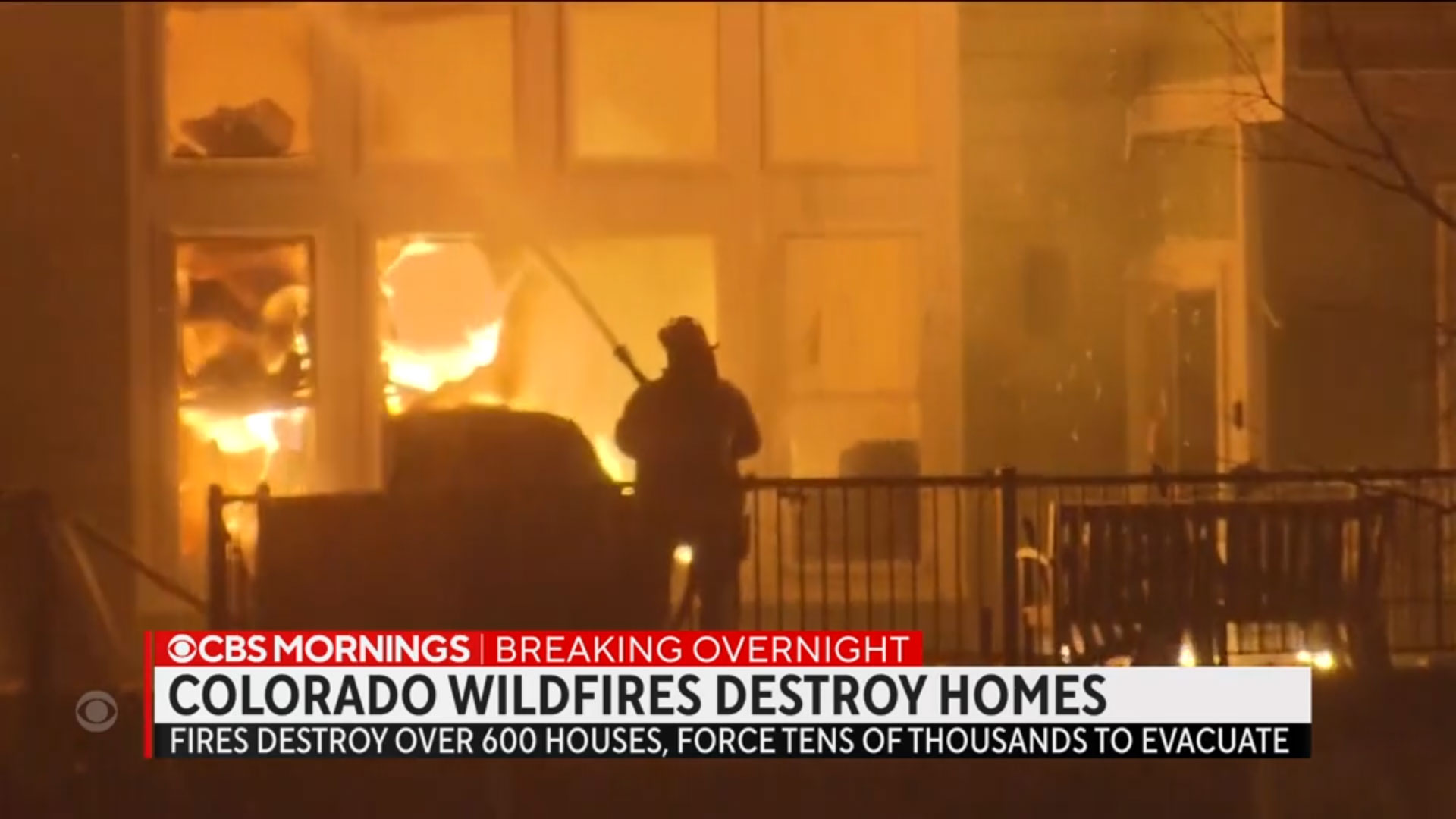 CBS News: DENVER — Winds driving fast-moving fires that forced tens of thousands of residents to evacuate their homes outside Denver have died down and  predicted snow has started to fall on the area, officials said during a news conference Friday. The hurricane-force winds had gusted up to 105 mph Thursday as fires engulfed parts of three cities.

Nearly 600 homes were destroyed by one of them — the #MarshallFire — along with a hotel, shopping center and other businesses, CBS Denver reports. The fire had burned 1,600 acres and was still growing Thursday night, the station said.

It pointed out that the most destructive wildfire in Colorado history was the Black Forest Fire, which chewed up more than 14,280 acres and destroyed 511 homes in 2013.

Colorado’s Front Range, where most of the state’s population lives, had an extremely dry and mild fall, and winter so far has continued to be mostly dry. Denver set a record for most consecutive days without snow before it got a small storm on Dec. 10. It hasn’t snowed since.

Scientists say climate change is making weather more extreme and wildfires more frequent and destructive. A historic drought and heat waves have made wildfires harder to fight in the U.S. West.

Ninety percent of Boulder County is in severe or extreme drought, and hasn’t seen substantial rainfall since mid-summer.

“With any snow on the ground, this absolutely would not have happened in the way that it did,” said snow hydrologist Keith Musselman, who was at home when Thursday’s fires broke out not far away.

Musselman said this severe fire risk is expected in September and October following a dry summer, but the lack of any precipitation this late in the season is highly unusual.

Snow and ash over Colorado: Devastated owners of the nearly 1,000 homes razed to the ground by December wildfires survey the damage while Governor says it is ‘miraculous’ no one died https://www.dailymail.co.uk/news/article-10360171/Devastated-owners-nearly-1-000-homes-razed-ground-December-wildfires-survey-damage.html