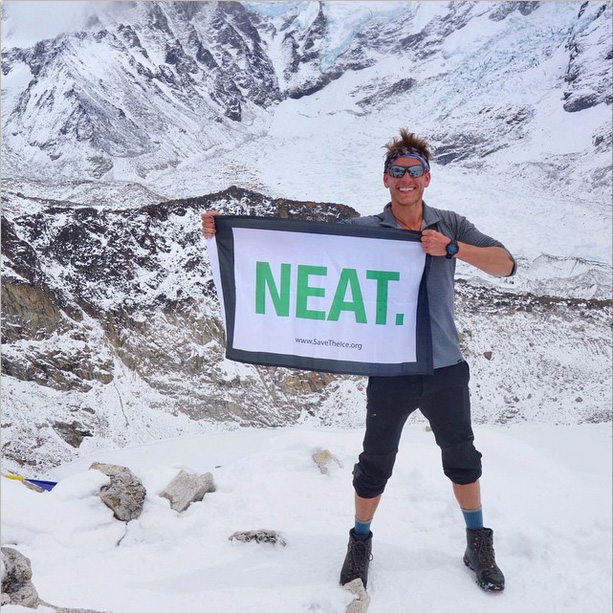 Dan Fredinburg, a Google executive and co-founder of SaveTheIce.org, died April 25, in an avalanche, triggered by the Nepal earthquake. His tragic death comes after warnings that climate change makes risks of climbing Mount Everest even greater.

It is unknown how much climate change contributed to the avalanche or the earthquake, but the frequency of deadly avalanche events in recent years underlines the potential dangers and the possible impacts from a warming planet.

While much is being made of Fredinburg’s position as a Google exec, his real passion was around social causes.

In fact, his trip to Nepal was about calling attention to the effects of climate change.

“Dan was a mountaineer/explorer because he loved to climb/see the world, but that was never the whole point,” says North. “His purpose in the world was much bigger. Much of it revolved around calling attention to how we as individuals can make a difference.”

In 2014, Fredinburg, along with North and fellow activist Max Goldstein, co­founded Save the Ice​as a way to combine his love of adventure travel with his passion for climate change activism. By planning and documenting high­profile, exciting trips to global warming hotspots, Save the Ice raises awareness about global warming while also demonstrating environmentally­ and socially ­responsible travel practices.

On the 24th of April, Fredinburg unrolled a banner on top of Kala Patthar, for the climate change cause SaveTheIce.org, which he co-founded. Image/Instagram

Rest in piece Dan Fredinburg, and may his affords to bring more attention to climate change be remembered and heard.

Watch the introduction to Save The Ice