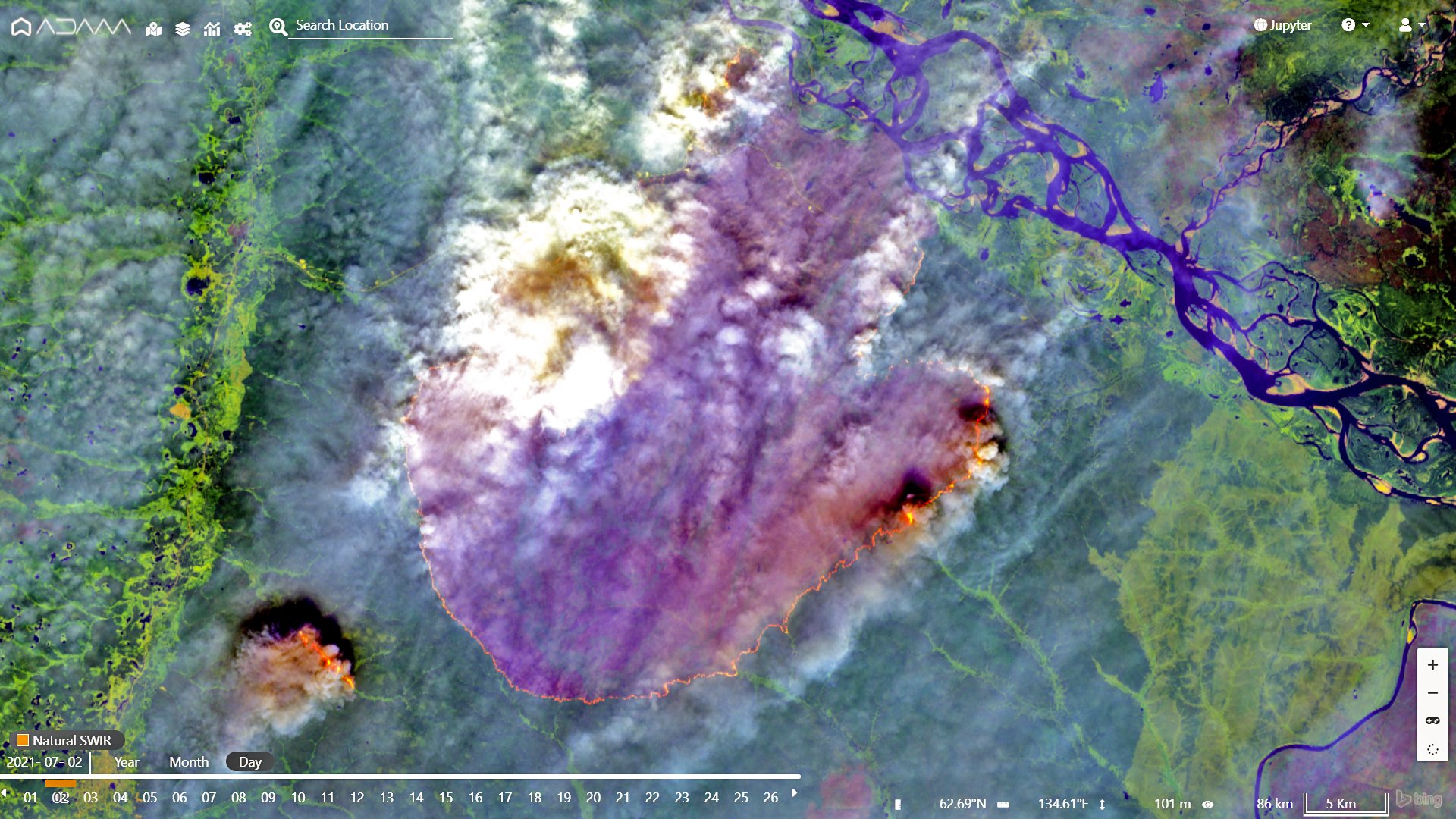 In May locals reported fires burning near Khandyga, 380 km northeast of Yakutsk – a region hit by last summer’s wildfires, with temperatures diving as low as -58ºF (-50ºC) during the winter months.

In late April, the Siberian Times reported that 27 houses were destroyed in the city of Kemerovo and 50 in Russia’s third-largest city of Novosibirsk, with more destruction in other surrounding districts.

Ice on fire: first wildfires are registered around the world’s Pole of Cold in Yakutia (May 2021)

Wikipedia: In wildfires, a zombie fire or overwintering fire is a peat fire which persists from year to year.

The Siberian Times June 30th 2021: Kolyma highway in Yakutia, also known as the Road of Bones, is on fire and temporarily shut. More than 2,000 people are deployed in extinguishing wildfires raging around Russia’s coldest inhabited territory, Yakutia, now in the third year of extremely intense season of wildfires.

The first of them ignited as early as the beginning of May right outside the world-famous Pole of Cold, the village of Oymyakon in northeastern Yakutia known for its record low temperatures. Wildfires continued through May and June, with extra fire extinguishing forces needing to be sent from other regions to help republic’s own teams.

Today Kolyma highway, the major road connecting republic’s capital Yakutsk and the port town of Magadan on the Sea of Okhotsk, had to be shut because the fire got too close to the road and was much too fierce for safe driving.

The Siberian Times June 30th 2021: ‘We can’t see the Sun because of the smog, flakes of ash are raining from the sky.

‘We are struggling to breath, we really need help’, complained residents of Udarnik village in Tomponsky district, north-eastern Yakutia.

The Siberian Times has kept a particularly close eye to this area because of the field of peat fires continuing to burn all through Yakutia’s severely cold autumn and winter.

The peat fire started right after summer-2020 wildfires, and clearly never stopped since.

There is no hope for the situation easing in July, as the heatwave will continue and the air temperature in Yakutia will stay ‘way above the norm’, according to Russia’s chief weather expert Roman Vilfand.

Last year nearly 70% of all Russia’s wildfires were in Yakutia, reported the Ministry of Nature, with over six million hectares of forests and fields burnt.

Independent: Land temperature in the Arctic Circle region has peaked at 48C in recent days, in what has been described as a “persistent heatwave” in an area increasingly hit by wildfires and above-average temperatures.

Saskylakh, an Arctic town, recorded 31.9C on that date, according to Copernicus, the small community’s hottest temperature before the summer solstice since 1936. The EU satellites also found land surface temperatures peaking at 48C near the town of Verkhojansk, 43C in Govorovo and 37C in Saskylah on 20 June.

That follows a temperature rise above 30C in parts of the Arctic in May, much higher than average for the time of year. Climate scientists described it as “mind boggling”.

They warn that the rising temperatures are causing the ice and permafrost to melt, which in turn causes previously trapped methane to be released into the atmosphere and contributes to global heating.