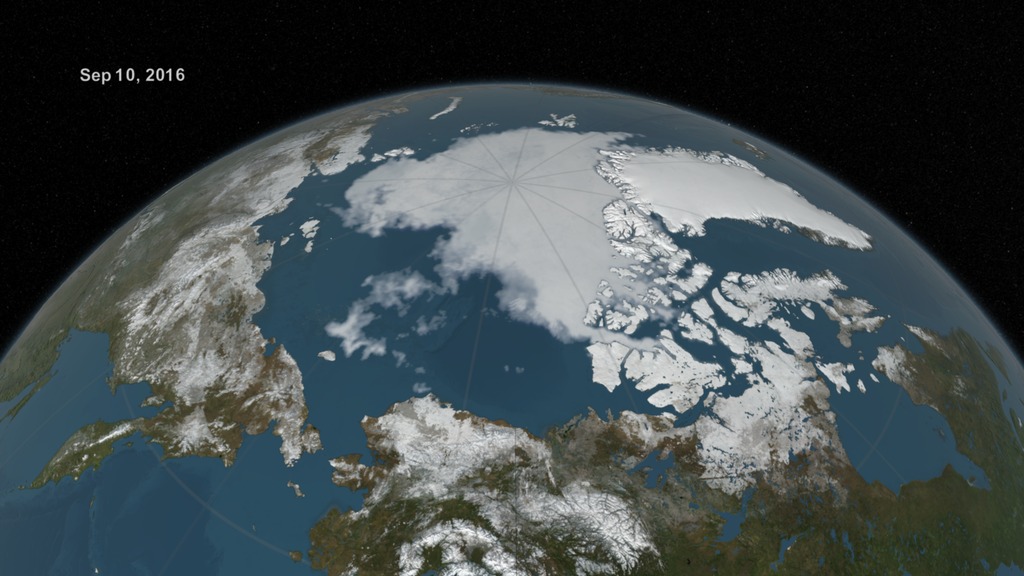 Arctic sea ice appeared to have reached its annual lowest extent on Sept. 10, NASA and the NASA-supported National Snow and Ice Data Center (NSIDC) at the University of Colorado at Boulder reported today.

An analysis of satellite data showed that at 1.60 million square miles (4.14 million square kilometers), the 2016 Arctic sea ice minimum extent is effectively tied with 2007 for the second lowest yearly minimum in the satellite record. Since satellites began monitoring sea ice in 1978, researchers have observed a steep decline in the average extent of Arctic sea ice for every month of the year.