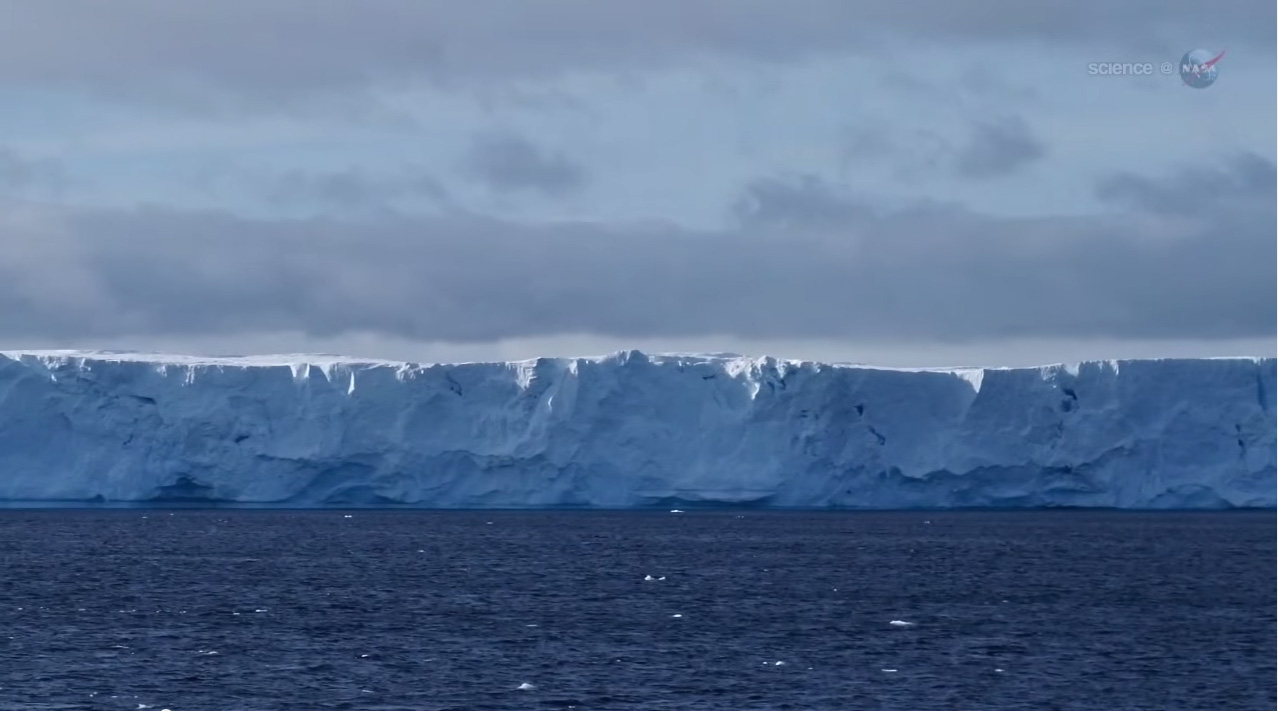 SciTechDaily: “The thinning of the ice melange that glues together large segments of floating ice shelves is another way climate change can cause rapid retreat of Antarctica’s ice shelves,” said co-author Eric Rignot, UCI professor of Earth system science. “With this in mind, we may need to rethink our estimates about the timing and extent of sea level rise from polar ice loss – i.e., it could come sooner and with a bigger bang than expected.”

Study: Physical processes controlling the rifting of Larsen C Ice Shelf, Antarctica, prior to the calving of iceberg A68 https://www.pnas.org/content/118/40/e2105080118

The stability of Antarctica and its contribution to sea-level rise are determined by the evolution of its ice shelves, which are vast expanses of floating ice that buttress the continent. Ice shelves have been undergoing major changes in recent decades, many of them collapsing. The presumption is that these events are caused by hydrofracturing and unusual wave forcing. We find that a main control on fracturing is the thickness of the ice mélange encased in and around preexisting rifts that penetrate the entire ice shelf thickness. If the ice mélange thins beyond a threshold value, the rifts reactivate and trigger iceberg calving. This process linking climate forcing and ice shelf retreat is missing from models and does not require hydrofracture.

The sudden propagation of a major preexisting rift (full-thickness crack) in late 2016 on the Larsen C Ice Shelf, Antarctica led to the calving of tabular iceberg A68 in July 2017, one of the largest icebergs on record, posing a threat for the stability of the remaining ice shelf. As with other ice shelves, the physical processes that led to the activation of the A68 rift and controlled its propagation have not been elucidated. Here, we model the response of the ice shelf stress balance to ice shelf thinning and thinning of the ice mélange encased in and around preexisting rifts. We find that ice shelf thinning does not reactivate the rifts, but heals them. In contrast, thinning of the mélange controls the opening rate of the rift, with an above-linear dependence on thinning. The simulations indicate that thinning of the ice mélange by 10 to 20 m is sufficient to reactivate the rifts and trigger a major calving event, thereby establishing a link between climate forcing and ice shelf retreat that has not been included in ice sheet models. Rift activation could initiate ice shelf retreat decades prior to hydrofracture caused by water ponding at the ice shelf surface.