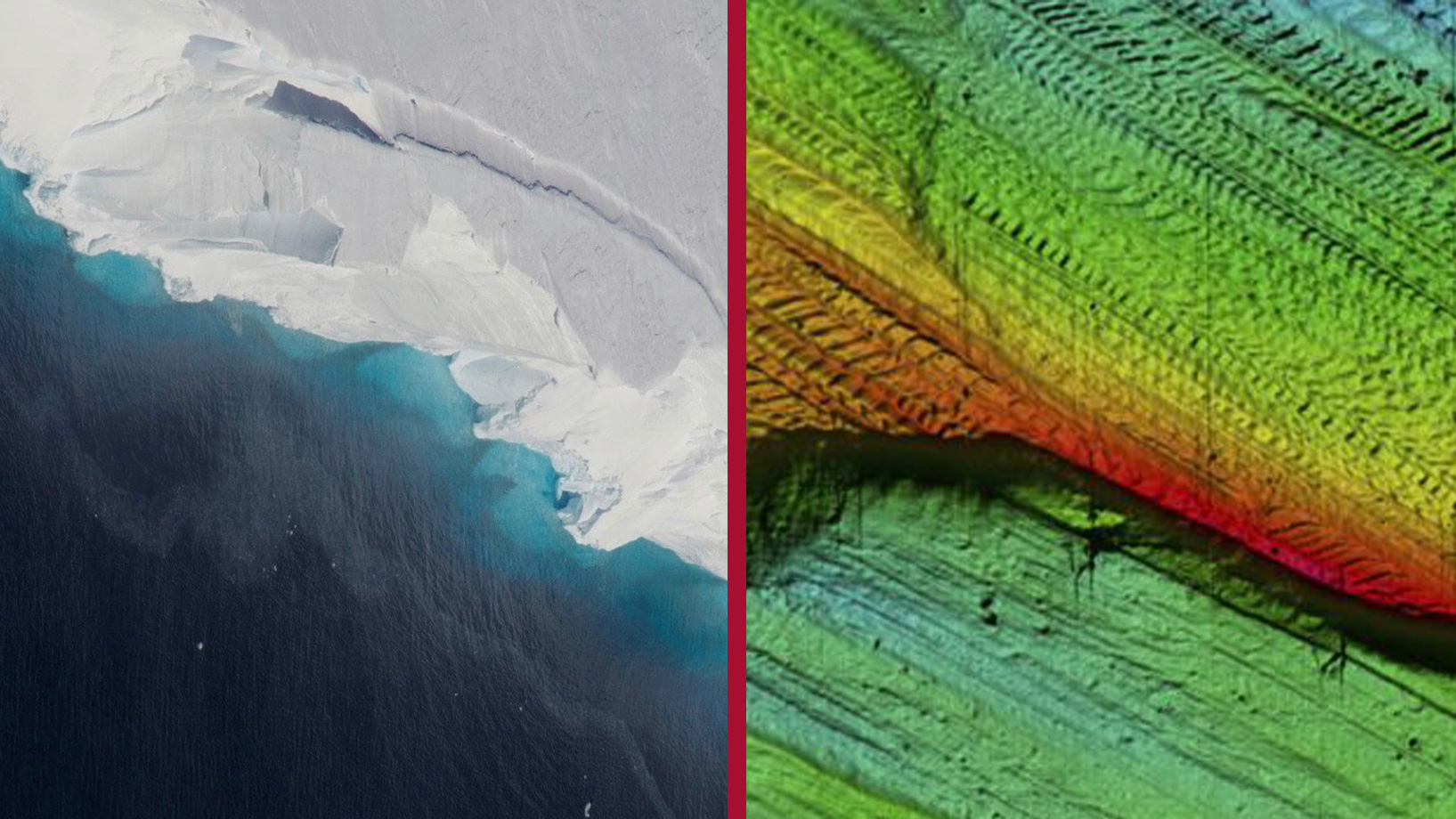 At the end of the last ice age, geological fingerprints recorded in ocean sediments suggests glacier retreat of 50 meters a day, 18 km a year.
For comparison the fastest retreating glaciers in Antarctica today are the Pope, and the Smith glacier system, retreating about 2.9 km a year.

The study data was obtained in the Larsen region of the Antarctic Peninsula, during the Weddell Sea Expedition 2019.

Researchers from the Scott Polar Research Institute in Cambridge deployed autonomous underwater vehicles with the mapping capability to examine the sediments of the seafloor in the western Weddell Sea.

The robots discovered a clear pattern of ridges that looked like a series of ladders where each rung was about 1.5 meter tall and spaced roughly 20-25 meter apart.

The interpretation of these ridges suggests that they are generated at the ice grounding zone, the point of a marine terminating glacier where the ice flowing off Antarctica into the ocean becomes buoyant and starts to float. The rungs are created as the ice at this location repeatedly pats the sediments as the tides rise and fall.

These topographic fingerprints of past glacier advances can only be preserved from retreating glaciers, advancing grounding lines would destroy the ridges.

The marks are dated to be around 12,000 years old, and if the theory holds, point to substantial rapid changes affecting sea levels around the globe.

Since past sea levels rose sometimes quickly, several meters a century, the findings add to the growing understanding that our climate induced environmental changes can happen much faster than one would think.

The authors also simulated a 100 km per year glacier retreat, the result implies even higher rates of grounding-line retreat, as the ice would have to lift off from its bed near instantaneously in order to preserve the delicate sea floor features.

One thing we know, not all glaciers retreat with the same speed, in Antarctica it basically comes down to the ocean water temperatures, where the glaciers, ocean water, and bedrock meet – the grounding line.

For instance in West Antarctica, the Pine Island Bay, part of the Amundsen Sea, water samples obtained in 2020 from the base of Thwaites Glacier, was 2 degree Celsius above the freezing temperature.
Since Thwaites bedrock topography goes further downhill farther inland, warmer waters can further erode the glacier grounding line, a scenario called Marine Ice Sheet Instability.
Another similar mechanism for rapid glacier retreat is called Marine Ice Cliff Instability, the physical characteristics of ice cliffs exceeding about 90 meters in height to likely collapse under their own weight.

Perhaps there are episodes of near instantaneous retreat.