A Worst Case Scenario for the Coronavirus SARS-CoV-2 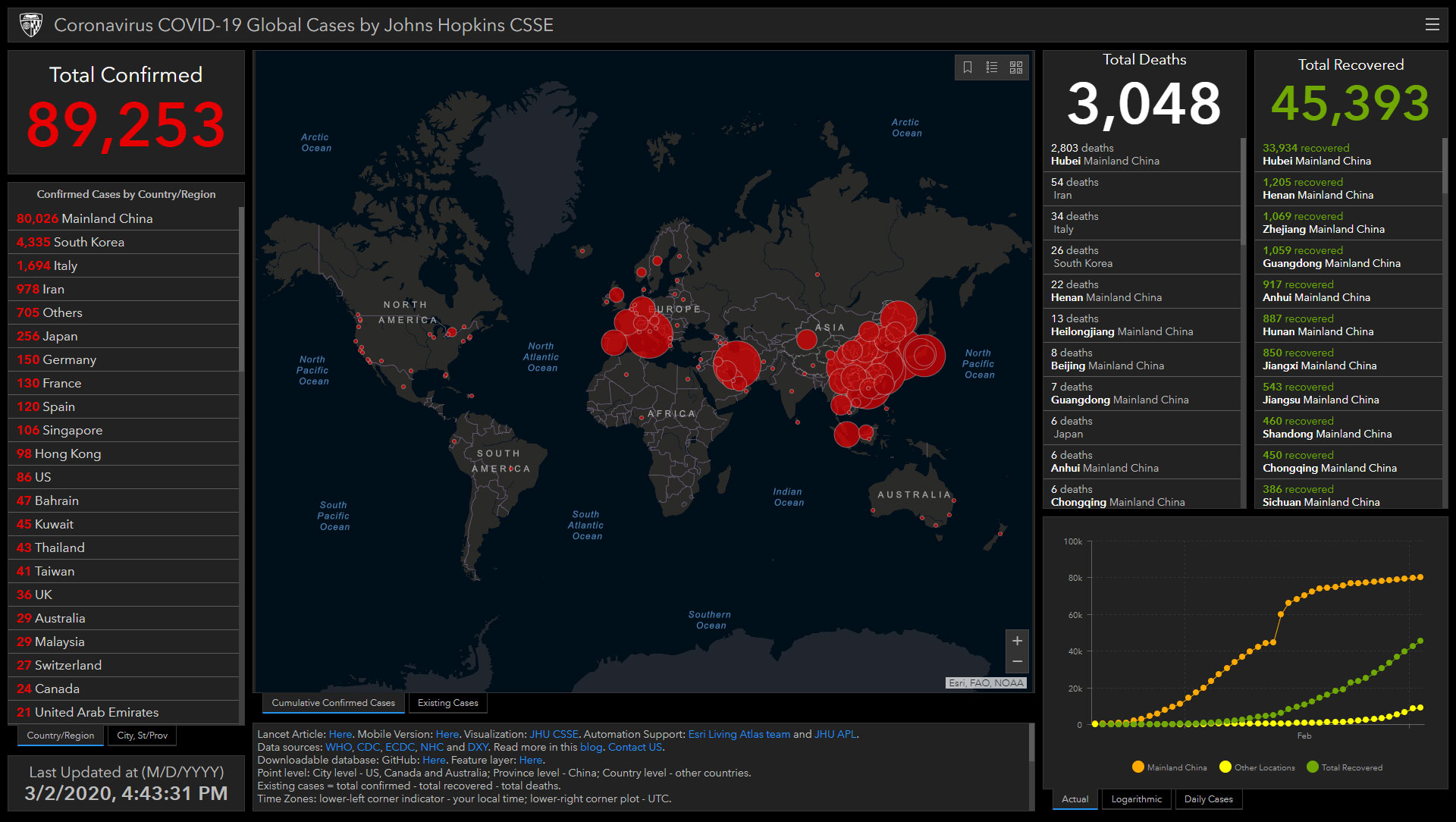 The current governmental response is to quarantine suspected and identified cases of infection, the scope here is to slow down the spread of the virus, to give hospitals and institutions time to adapt.

The large scale quarantine actions taken by the Chinese government, shutting down entire cities and the subsequent decline in reported cases suggest that it is effective. However, due to the draconian actions many cases went dark, thus people while infected were isolated to their homes, and thus do not show up in the statistics.

There are also reports of infected people traveling to China, and basically once quarantine measures are lifted there is a high probability that case numbers will again rise.

And indeed the WHO warns of coronavirus outbreaks coming back to life. While bats appeared to be the reservoir of the virus, the intermediate host had not yet been identified, and because research found that more than half of the patients did not have a fever when admitted to hospitals, even though almost 90% of them were tested positive for COVID-19.

There is also evidence that the virus invades the central nervous system inducing neurological diseases.

NEJM: The 1918 influenza pandemic was the deadliest event in human history (50 million or more deaths, equivalent in proportion to 200 million in today’s global population).

We have created a global, human-dominated ecosystem that serves as a playground for the emergence and host-switching of animal viruses, especially genetically error-prone RNA viruses, whose high mutation rates have, for millions of years, provided opportunities to switch to new hosts in new ecosystems. It took the genome of the human species 8 million years to evolve by 1%. Many animal RNA viruses can evolve by more than 1% in a matter of days. It is not difficult to understand why we increasingly see the emergence of zoonotic viruses.

We are taking swift public health actions to prevent an emergence from becoming a pandemic, including isolation of patients and contacts to prevent secondary spread. But will these actions be adequate? Most experts agree that such measures could not have prevented the 1918 influenza pandemic. In fact, in the past century we have never been able to completely prevent influenza spread at the community level, even with vaccination and antiviral drugs.

The problem is that most influenza cases are either asymptomatic, subsymptomatic, undiagnosed, or transmitted before the onset of symptoms. Can we do better with SARS-CoV-2, a virus with a presumably longer incubation period and serial generation time, but with an as-yet-undetermined ratio of inapparent cases to apparent cases and an unknown rate of asymptomatic spread? The answer to this question is critical, because without the ability to prevent such spread, we will cross a threshold where pandemic prevention becomes impossible. And we won’t know that we have arrived there until it is too late.

Another thing are disruptions of supply chains.

SCMP: China’s efforts to contain the coronavirus by initially shutting down factories and keeping workforces at home could have global ramifications for public health around the world, including regarding diabetes, blood pressure, headaches and fevers.

So in summary we may have to first learn to stem the initial phase of the pandemic, a time to inoculate the population, and then perhaps learn to live with this new virus. Because of the mortality rate, and based on the Influenza from 2018, figures could be similar high with global casualties in the millions.