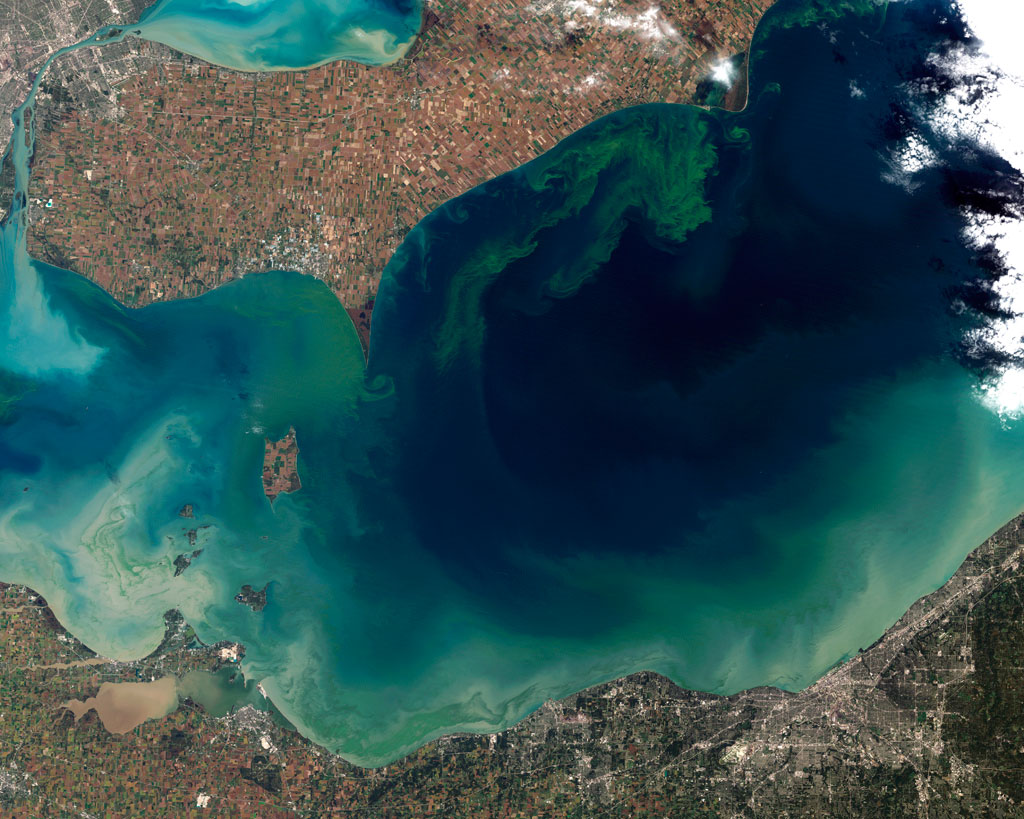 A  contamination with the hepatotoxic microcystin, of the water supply in Toledo, Ohio, resulted in warnings for approx. 500,000 residents not to drink or use tap water.

NBC: Sewage from treatment plants and fertilizer from farms streamed into the lake, triggering an algae bloom near an intake valve that sends water to Toledo and more than a dozen surrounding communities. The problem, microcystin, a toxin produced by blue-green algae.
“There is a systemic challenge that we face out here on the Great Lakes that is actually much bigger than this one crisis,” Collin O’Mara of the National Wildlife Federation told NBC News. “Unfortunately, this crisis could just be the tip of the iceberg unless we begin to address it.”

Climate change and additional fertilizer usage pose a threat to the future safety of water.

Wikipedia: Microcystins are toxic peptides, produced in large quantities during blooms of the bacteria genus microcystis or planktothrix cyanobacteria (i.e. the genus species Microcystis aeruginosa). Cyanobacterial blooms, often called blue-green algae bloom, can cause oxygen depletion, alter food webs, posing a major threat to drinking and irrigation water supplies, and to fishing and recreational use of surface waters worldwide. Cyanobacteria are one of the oldest microorganisms on Earth, predating predators, 3.5 billion years ago.

The microcystin producing microcystis, is a genus of freshwater cyanobacteria and is projected to thrive with warmer climate conditions, such as the rise of water temperatures or in stagnant waters, and through the process of eutrophication (oversupply of nutrients).

A study concluded in 2009 that climate change can act as a catalyst for global expansion of harmful cyanobacterial blooms. The EPA reported in 2013, that changing environmental conditions such as harmful algae growth is associated with current climate change, and may negatively impact the environment, human health, and the economy for communities across the US and around the world.

On 2 August 2014, the City of Toledo, Ohio detected higher levels of microcystin than deemed safe in its water supply due to harmful algal blooms (HABs) in Lake Erie, the shallowest of the Great Lakes. The affected water plant supplies approximately 500,000 people. Algal blooms have been occurring more frequently, and scientists had predicted this significant bloom of blue-green algae, and they projected it to peak in early September.