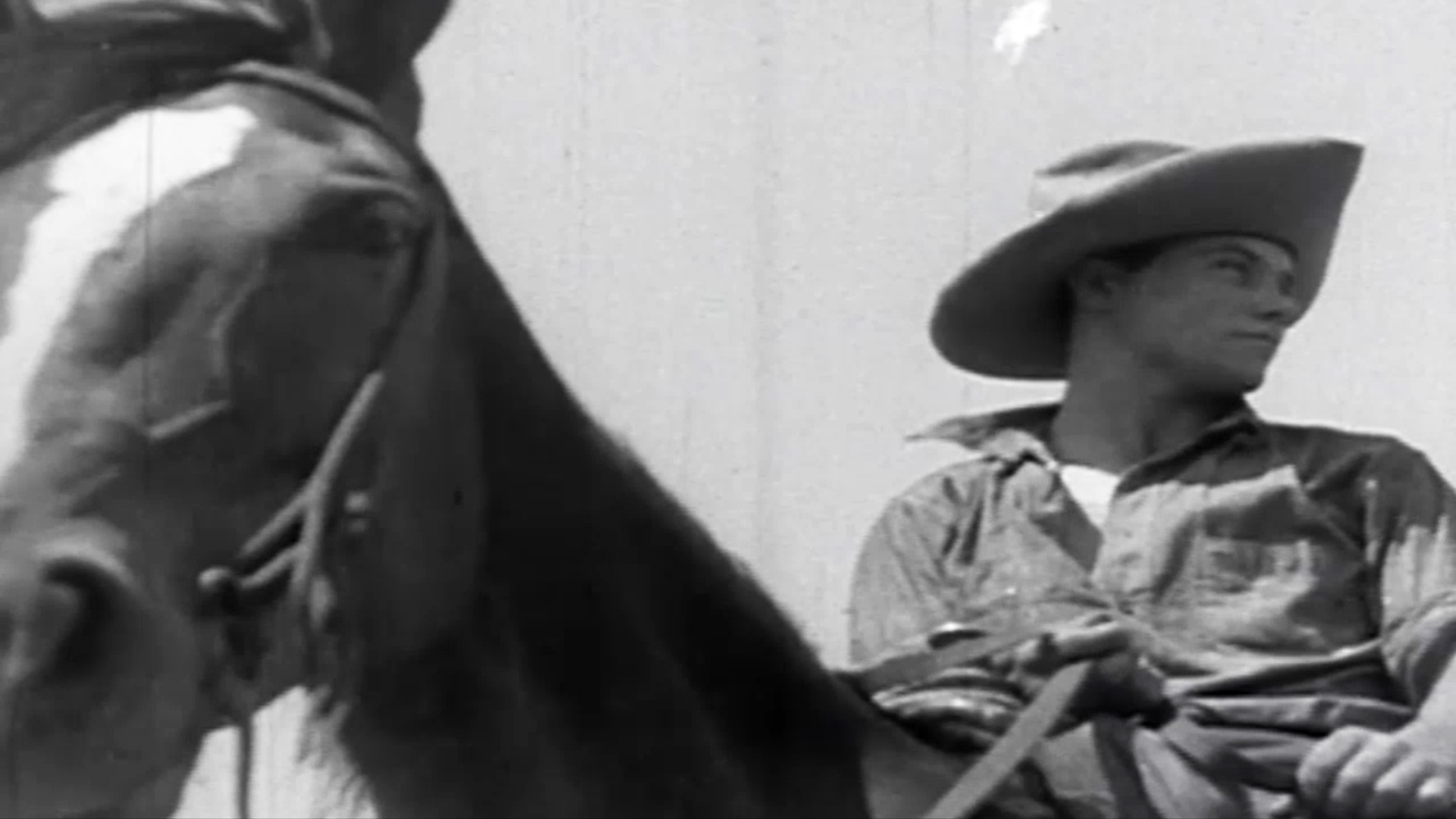 The Dust Bowl, also known as the Dirty Thirties, was a period of severe dust storms that greatly damaged the ecology and agriculture of the American and Canadian prairies during the 1930s. https://en.wikipedia.org/wiki/Dust_Bowl

Social and economic wastes resulting from continued drought in the midwestern dust bowl and efforts of the federal government in attempting to remedy such conditions.

Several views indicate the condition of the land from which much of the moisture has gone. The commentator cites the cactus plant as having learned an important conservation lesson, “In time of rain prepare for drought.” There follow several views of deserted farms, scattered tufts of scrawny wheat, empty barns, abandoned machinery, and battered windmills. Accompanying views of cattle, the commentator describes their urgent need for water. Grasshoppers and crickets obtain scant meals from the withered stalks of wheat and corn. Several herds of cattle are hauled away from the region by rail because of a lack of forage. The commentator says that the drought problem is regarded as being of importance to the entire nation. The importance of water for drinking purposes is illustrated by views of one well that serves an entire community. Water is doled out and counted by the bucketful.

The next sequence deals with efforts to remedy drought conditions. New wells are dug and old ones deepened, and reservoirs impound water. The commentator emphasizes the fact that drought in one area is the concern of the entire nation. Federal assistance is rendered by WPA employees who care for children in nursery schools and examine them as a precaution against diseases resulting from dust, lack of water, and undernourishment. Stricken farmers are given employment in road construction. Views of contour plowing are accompanied by the commentator’s description of its importance in conserving both soil and water. There are several views of Fort Peck Dam in Montana.
https://archive.org/details/Rainfort1937