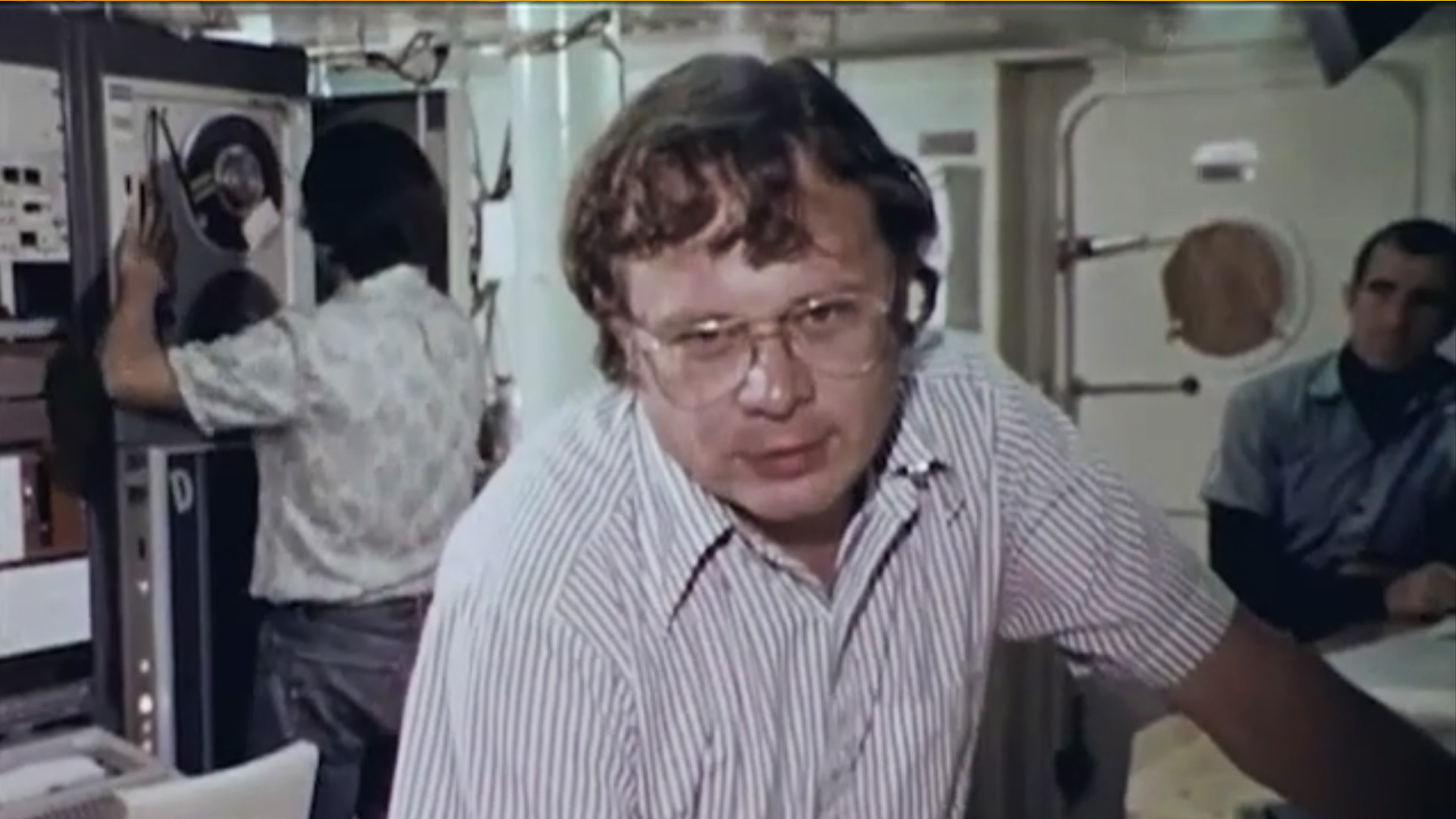 Film about GEOSECS, the Geochemical Ocean Sections Study, a global survey of the three-dimensional distribution of chemical, isotopic and radiochemical tracers in the ocean.

George Veronis of Yale University speaks about models for ocean layers and circulation in the world ocean, and data gathering by R.V. Melville (SIO) and R.V. Knorr (WHOI).

Harmon Craig’s Isotope Laboratory at SIO is shown processing seawater samples to measure radioisotopes. A ‘Crossing the Line’ ceremony is shown, wherein those who are crossing the Equator for the first time onboard ship, are initiated by King Neptune’s Court. R.V. Melville’s homecoming to San Diego at SIO’s Marine Facilities is shown.
https://archive.org/details/cus_00009

GEOSECS: Geochemical Ocean Sections Study, a global survey of the three-dimensional distribution of chemical, isotopic, and radiochemical tracers in the ocean. The expeditions were in the Atlantic from July 1972 to May 1973; the Pacific from August 1973 to June 1974, and the Indian Ocean from December 1977 to March 1978. https://iridl.ldeo.columbia.edu/SOURCES/.GEOSECS/index.html?Set-Language=en