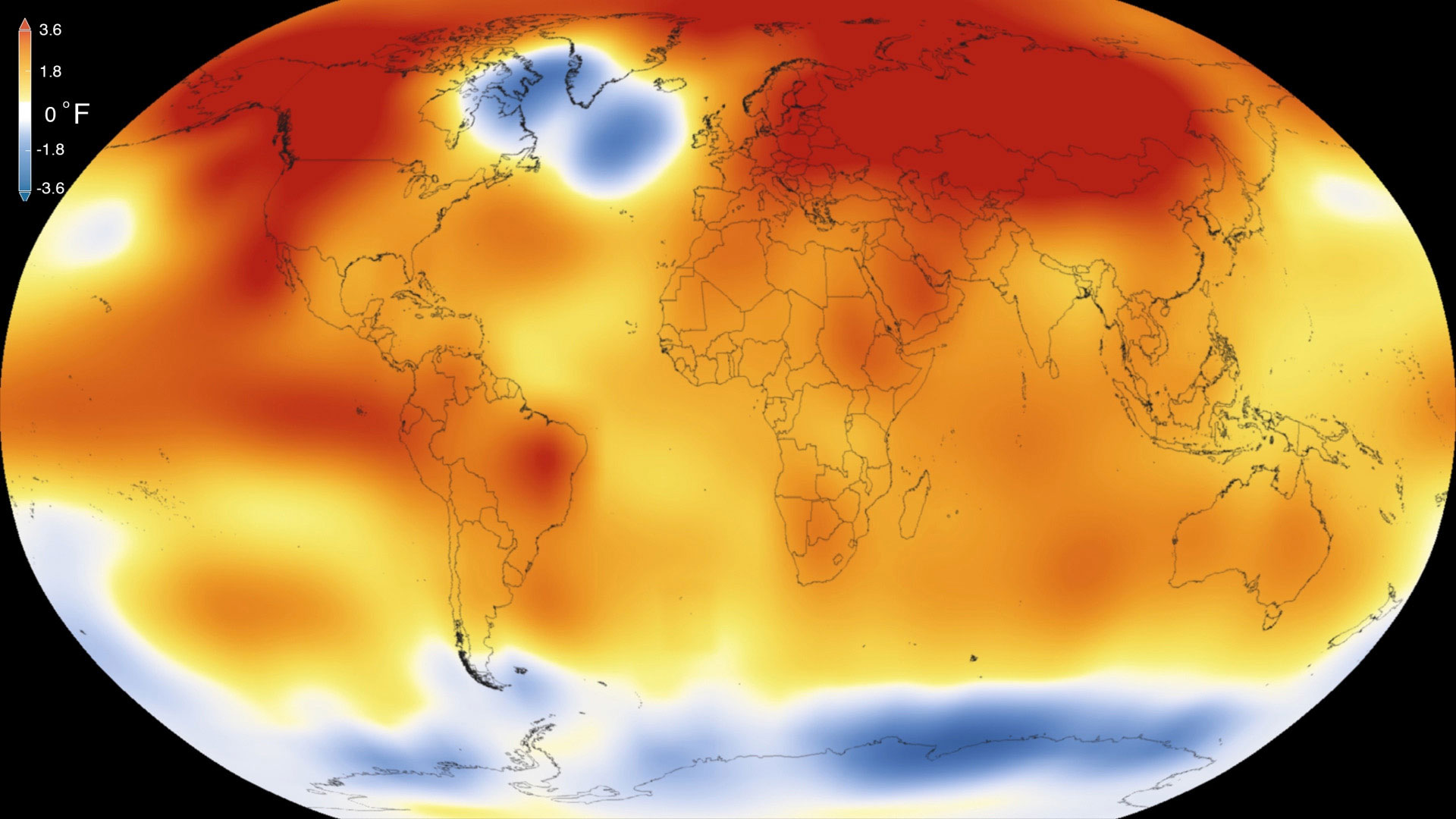 As someone who follows the climate topic for several years, I’ve to conclude that we are still far away from taking climate change seriously. Around 10 years ago there were rather minor groups of concerned scientists and bloggers, while the media was giving “a balanced view” to the so called deniersphere. This went on for quite some time, until the media begun in the last 2-3 years or so to give less and less air time to mostly paid fossil industry shills. Last year for the first time the world agreed to a non-binding target to limit temperature rise by 2C, or maybe 1.5C. At the same time clean energy rises to new records around the globe with each passing month (See http://cleantechnica.com coverage ).

While there are certainly big steps to rid the world of technologies responsible for temperature rise, there are still people and politicians who try to delay actions. Many depends on the switch to cleaner transportation primarily electric driven, but the actual numbers are miniscule. And then there are all the other environmental issues like plastic garbage in the ocean, overexploitation of ecosystems and resources, loose of carbon sinks due to deforestation or monocultures and farming practises, contamination of the food chain for many reasons, such as pesticides (reducing butterfly pollinators considerably), or lack of a price on carbon, poverty (a hungry stomach is not concerned with the climate, or has the capital to go fossil free), or lack in required regulations and so on.

We are still sleepwalking into a disaster future

The weather progresses into a more erratic unstable configuration, and scientist learn more and more unsettling findings about looming change. One of those changes is related to a slowdown or even shutdown of the Atlantic Meridional Overturning Circulation (AMOC). Many scientist gave their expertise of what could happen or when it would happen in this regard, but it was never really making frontpage news, until recently, when they discovered the cold blob in the North Atlantic. Another related study from change taken place 12,000 years ago shows what can happen, without global warming in the mix. The interconnections in play here involves freshwater melt from the Greenland ice sheets, which basically results in decrease of the Ocean’s water salinity, and through this process prevents colder melt waters from sinking (Study).

And it doesn’t stop there. The colder waters at the surface slow the AMOC current and prevent warmer waters from sinking (less deep water formation), in turn causing more warmer water pockets elsewhere. Recently another study attributed these warmer “hotspots” to an increase of the rate of sea level rise in parts of the U.S. East Coast (confirming previous research). The change which takes place here is also possibly contributing to extreme weather, like strong winter storms.

“There is a possibility that this gradual global warming could lead to a relatively abrupt slowing of the ocean’s thermohaline conveyor, which could lead to harsher winter weather conditions, sharply reduced soil moisture, and more intense winds in certain regions that currently provide a significant fraction of the world’s food production. With inadequate preparation, the result could be a significant drop in the human carrying capacity of the Earth’s environment.”

Last year James Hansen with other prominent scientists published a study on what they project under a 2C temperature regime.

Hansen et al 2015 found, that the shutdown or substantial slowdown of the AMOC, besides possibly contributing to extreme end-Eemian events, will cause a more general increase of severe weather. Additional surface cooling from ice melt increases surface and lower tropospheric temperature gradients, and causes in model simulations a large increase of mid-latitude eddy energy throughout the midlatitude troposphere. This in turn leads to an increase of baroclinicity produced by stronger temperature gradients, which provides energy for more severe weather events.

Many of the most memorable and devastating storms in eastern North America and western Europe, popularly known as superstorms, have been winter cyclonic storms, though sometimes occurring in late fall or early spring, that generate near-hurricane force winds and often large amounts of snowfall. Continued warming of low latitude oceans in coming decades will provide more water vapor to strengthen such storms. If this tropical warming is combined with a cooler North Atlantic Ocean from AMOC slowdown and an increase in midlatitude eddy energy, we can anticipate more severe baroclinic storms.

Our results at least imply that strong cooling in the North Atlantic from AMOC shutdown does create higher wind speed. The increment in seasonal mean wind speed of the northeasterlies relative to preindustrial conditions is as much as 10–20 %. Such a percentage increase of wind speed in a storm translates into an increase of storm power dissipation by a factor ∼1.4–2, because wind power dissipation is proportional to the cube of wind speed. However, our simulated changes refer to seasonal mean winds averaged over large grid-boxes, not individual storms.

Meanwhile the global temperature anomalies set one record year after another, with 2015 smashing the previous record holder 2014 by 0.2C!
RealClimate noted:

Could it be that human-caused climate change is actually boosting the magnitude of El Niño events themselves, leading to more monster events like the ’98 and ’15 events? That proposition indeed finds some support in the recent peer-reviewed literature. If the hypothesis turns out to be true, then the record warmth of ’98 and ’15 might not have been flukes after all.

See also a post from 2013: Does Sea Ice loss create the condition for an emerging permanent El Nino state?

Hand in hand with the skimpy ice cover, temperatures across the Arctic have been extraordinarily warm for midwinter. Just before New Year’s, a slug of mild air pushed temperatures above freezing to within 200 miles of the North Pole. That warm pulse quickly dissipated, but it was followed by a series of intense North Atlantic cyclones that sent very mild air poleward, in tandem with a strongly negative Arctic Oscillation during the first three weeks of the month.

Also read my other post in those regards: Will a 2015 Arctic sea ice melt season during an El Nino year shatter previous records?

So what does this all mean?

Change is manifesting all around us, considerable sea level rise already considered irreversible, and with further Greenland melt it is plausible to assume that the Atlantic Meridional Overturning Circulation will further slow. Thus, will likely further contribute to a stronger temperature gradient in the North Atlantic, because of cold and warmer water spots – hence stronger storms, and as mentioned contributing to faster rise of sea level rise in regions.

And then there is research which makes a causal relationship between heat and violence and that any increase in average global temperature is likely to be accompanied by an increase in violent aggression. Imagine now a heatwave, drought which destroys crops, and which leads to price hikes, and food shortages. Or another scenario with unseasonal temperature swings of cold and warm anomalies, again threatening crops, causing food shortages, price spikes, which might create a situation leading to social unrest.

This also depends on how we prepare, but to my knowledge there is no preparation anywhere, unless you consider crowd control by police or military as a solution. In the best case we would have water and or food rationing. But once we see such scenarios playing out in the developed world, we will likely also loose steam to change our energy and transportation systems. At one point it means, everybody looks for himself. I do not suggest this will happen in the short term, but its rather a very unpredictable situation, depending on the rate of regional change.

In this regard a study from 2007 concluded:

We show that long-term fluctuations of war frequency and population changes followed the cycles of temperature change. Further analyses show that cooling impeded agricultural production, which brought about a series of serious social problems, including price inflation, then successively war outbreak, famine, and population decline.

And then there are still unknowns, i.e.:
*Modelling suggests with ice cap melt, a measurable increase in volcanic activity.
*Evidence of the Earth ‘waking up’ specifically in relation to seismic activity in areas of Alaska.
*Methane hydrate destabilisation is clearly a real worry, particularly in the context of warming ocean waters in the East Siberian Continental Shelf

Jim White who held a talk on abrupt climate change at the American Geophysical Union (AGU) 2014, pointed out that abrupt change is happening now.

The world is just not prepared to handle large scale abrupt changes, most of us never learned to grow our own foods, we just go to the supermarket and pick whatever we want from the refrigerator. Unless we learn to accelerate our efforts to keep pace with the system change required to stop all the developments, we risk that parts of the world become uninhabitable, and turmoil which could even lead to nuclear war.

The growth of our civilization reached a threshold, which will test our species capabilities, especially our intelligence in regards to how we manage future states of our environment. We can either try to stay in the realm of ecosystem boundaries (basically as far as possible back to a planet with around 280 ppm CO2 in the atmosphere), or we can keep acting situational and experimenting with the Earth’s climate.

The majority of us is still using the same old technologies, and thinking which caused the climate crisis in the first place.

You Too Can Have a Bigger Graph | Doomstead Diner