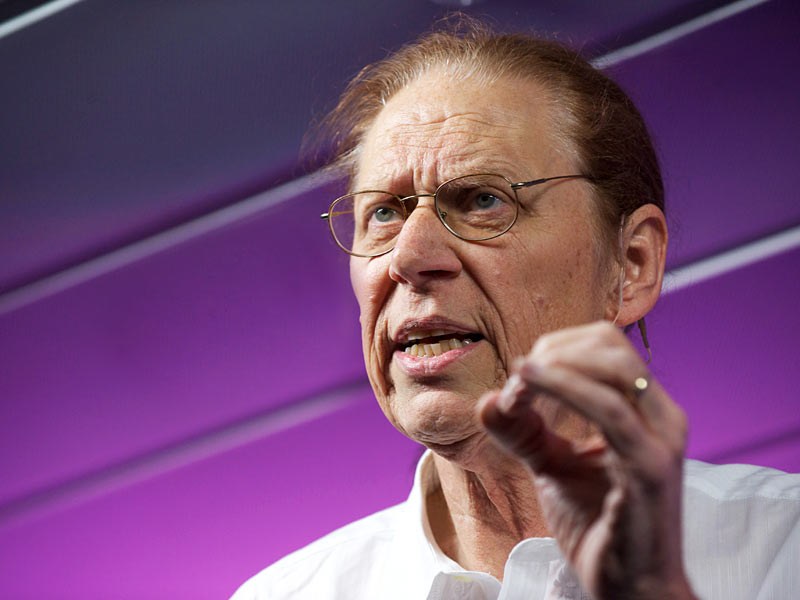 “The threats to the ocean life that I love are, if anything, more dangerous to us than they are to the natural life of the oceans,” said Jackson.

Jackson said the sea level has risen seven to eight inches since 1900, due to the expansion of sea water from rising temperatures and melting ocean ice.

“The latest IPCC (Intergovernmental Panel on Climate Change) projection, which is very conservative, is for about one to three feet,” said Jackson.

One of the reasons for this variance, according to Jackson, is that 80 percent of fresh water is locked up in ice in Greenland and Antarctica, making it difficult for climate experts to predict how those regions will react to rising temperatures.

“If Greenland melted tomorrow, sea level might be 23 feet higher,” said Jackson. “If Antarctica were to melt, sea levels might rise by 100 feet.

“It is highly unlikely that Greenland is going to melt in the next 100 years, which is good news, but it is incredibly worrying that there are rivers of meltwater pouring off of Greenland 24 hours a day.”

The dangers of such rise would mean that millions of people in the U.S. and around the world, as well as trillions of dollars in infrastructure, would need to be relocated or lost.