The dangerous silence on climate change and extreme weather 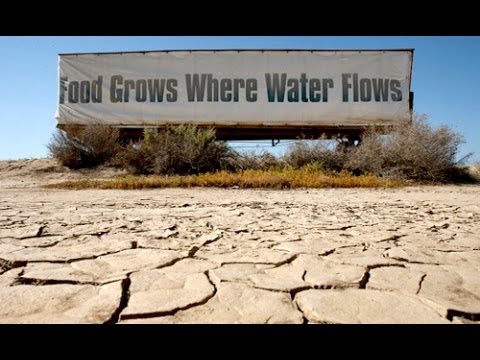 We know that CO2 emissions are bad for climate and subsequently the weather.

We know that we have to do something about it, because if not things will turn really ugly with large scale carbon releases (i.e. permafrost melt). However, the current projected changes are bad for many, and because of irreversible changes.

So why then is it that the media is still ignoring the science when it comes to extreme weather?

A 2015 study published in Nature, states: About 18% of the moderate daily precipitation extremes over land are attributable to the observed temperature increase since pre-industrial times, which in turn primarily results from human influence. For 2 °C of warming the fraction of precipitation extremes attributable to human influence rises to about 40%. Likewise, today about 75% of the moderate daily hot extremes over land are attributable to warming. It is the most rare and extreme events for which the largest fraction is anthropogenic, and that contribution increases nonlinearly with further warming.

Ignoring the problem won’t solve anything, but it will result in more climate change, with more negative outcomes, for coastal cities, farmers, for people affected by extreme weather. Additionally a warmer world will increasingly thwart affords, when climate tipping points cause a chain of subsequent mechanisms to further warm the planet, or toggle abrupt change.  Another impact of a warmer planet is that studies increasingly link climate change with violence.

Washington Post: Studies looking at links between a day’s temperature and people engaging in real world behaviors ranging from honking horns to committing violent crimes. “Research in the laboratory,” Larrick continues, “allowed for tightly controlled tests to show that changes in temperature directly lead to more aggression.” Such research has shown, he notes, that “heat changes the way people feel and think, increasing anger and making thoughts of aggression increase.”

It is important to underscore that the temperature-violence relationship is not deterministic. In their meta-analysis, Burke and his colleagues liken the situation to “the rise in car accident rates during rainy days” — the rain ups the risk of accidents overall, but each accident is still contingent on the individual situation and choices (and mistakes) of the drivers involved.

Similarly, warmer temperatures seem to shift the overall background risk for violent conflict — but whether someone commits a violent act remains dependent upon the specific circumstances and the individual.

As climate varies or changes, several direct influences alter precipitation amount, intensity, frequency, and type (Trenberth et al. 2003; Trenberth 2011a). Warming accelerates land-surface drying as heat goes into evaporation of moisture, and this increases the potential incidence and severity of droughts, which has been observed in many places worldwide (Dai 2011). The moisture in the atmosphere, which has been widely observed to be increasing in association with increased SSTs, then gets carried around by atmospheric winds to where storms are favored.

Typical storms reach out a distance of about three to five times the radius of the rain dimension, and gather in the water vapor, to produce precipitation. In weather systems, convergence of increased water vapor leads to more intense precipitation and the risk of heavy rain and snow events, but may also lead to reductions in duration and/or frequency of rain events, given that total amounts do not change much.

The result is longer dry spells, as observed in the United States (Groisman and Knight 2008). Basic theory, climate model simulations, and empirical evidence all confirm that warmer climates, owing to increased water vapor, lead to more intense precipitation events even when the total annual precipitation is reduced slightly (Trenberth et al. 2007). A warmer climate therefore increases risks of both drought—where it is not raining—and floods—where it is—but at different times and/or places.