Colbert Sums Up GOP on Climate Change: ‘We Don’t Know What the F*ck We’re Talking About’

You are here:
2014Climate ChangeComedyCommunicationDenialPolicy 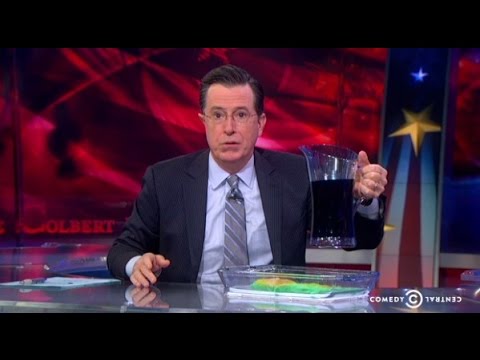 November 2014: With the Republican Senate victory Tuesday came the slow realization that Sen. James Inhofe (R-OK), a man who literally wrote the book
on climate change denial, was poised to takeover the Environment and Public Works Committee. On Thursday night, Stephen Colbert used Inhofe’s views as a jumping off point to examine the GOP’s general stance on climate, which he summed up as, “We don’t know what the fuck we’re talking about.”

As Colbert explained, most Republicans don’t outright deny that climate change is man-made, but instead employ the “brilliant tactic” of those four simple words, “I’m not a scientist.”

“Everyone who denies climate change has the same stirring message: ‘We don’t know what the fuck we’re talking about,’” Colbert said. “I hope that these conservative leaders can inspire all the children out there watching to think to themselves, ‘Hey, maybe someday I could grow up to be not-a-scientist.’”

“Remember kids,” he added, “if you get unhooked on science early, maybe someday you could completely lack any understanding of science and then grow up to be the chairman of the Senate Environmental Committee.”