You are here:
20132014Climate ChangeCommunicationIPCCReportStudy 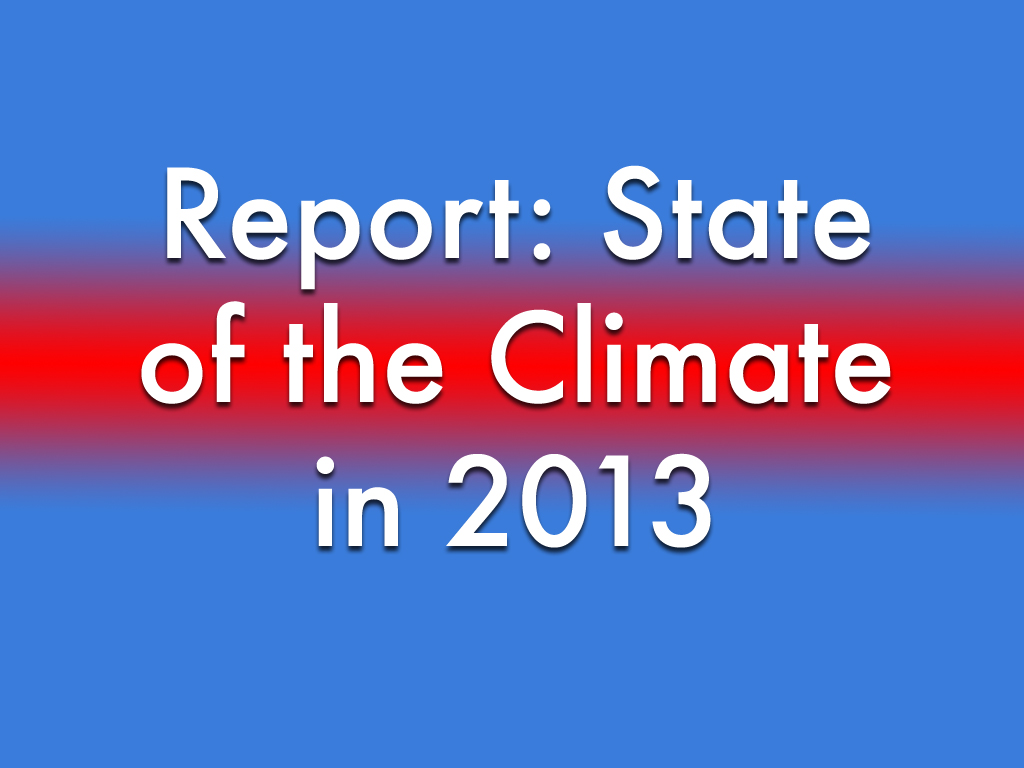 Access the report State of the Climate in 2013 (PDF)

NBC: Leading climate scientists on Thursday issued their annual physical of Earth, comparing the planet in 2013 to a patient that’s only getting worse and highlighting problems with key vital signs: from record warmth in Australia and China to sea levels that continue to rise and Arctic sea ice in continued decline.

The vital signs reflect “the largest changes that we’ve been able to witness in the historical record,” said Tom Karl, director of the National Climatic Data Center, part of the National Oceanic and Atmospheric Administration. “The planet is changing more rapidly … than in any time of modern civilization.”

The report, titled the “State of the Climate in 2013”, was led by the NOAA and incorporated input from 425 researchers around the world.

Related
NOAA State Of The Climate In 2013: ‘Our Planet Is Becoming A Warmer Place’
Climate changing more rapidly than at any point on record
Wikipedia: State of the Climate