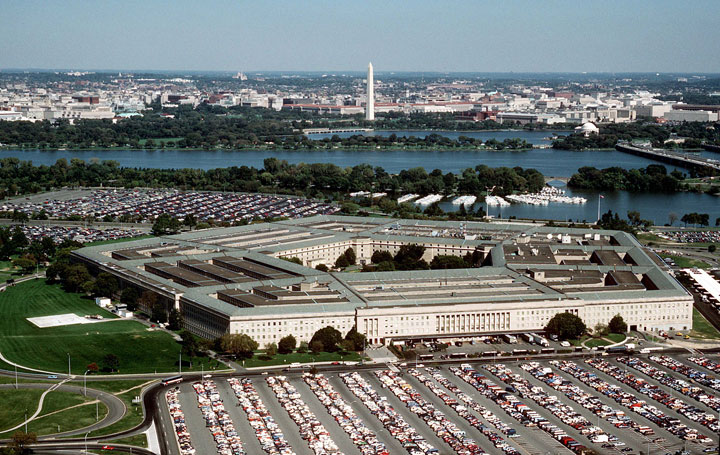 The Center for Climate & Security reports, by Caitlin Werrell & Francesco Femia:  The U.S. Department of Defense just released its 2014 Quadrennial Defense Review. As the name implies, DoD releases this report every four years as a way of articulating its strategic direction. The opening sentence in Secretary Hagel’s introduction notes: “The 2014 Quadrennial Defense Review (QDR) seeks to adapt, reshape and rebalance our military to prepare for the strategic challenges and opportunities we face in the years ahead.”

This year, as in 2010, the QDR robustly addresses the national security implications of climate change – highlighting the significant degree to which the climate change threat is taken seriously by the U.S. military. Beginning in the Executive Summary on page VI, the document points to the impact of climate change on both missions and installations:

The impacts of climate change may increase the frequency, scale, and complexity of future missions, including defense support to civil authorities, while at the same time undermining the capacity of our domestic installations to support training activities. Our actions to increase energy and water security, including investments in energy efficiency, new technologies, and renewable energy sources, will increase the resiliency of our installations and help mitigate these effects.

On page 8 of the introduction, under the heading “Global Trends,” the document identifies the “threat multiplier” nature of climate change (a concept first articulated by CNA’s Military Advisory Board), including its impact on political instability. It states:

Climate change poses another significant challenge for the United States and the world at large. As greenhouse gas emissions increase, sea levels are rising, average global temperatures are increasing, and severe weather patterns are accelerating. These changes, coupled with other global dynamics, including growing, urbanizing, more affluent populations, and substantial economic growth in India, China, Brazil, and other nations, will devastate homes, land, and infrastructure. Climate change may exacerbate water scarcity and lead to sharp increases in food costs. The pressures caused by climate change will influence resource competition while placing additional burdens on economies, societies, and governance institutions around the world. These effects are threat multipliers that will aggravate stressors abroad such as poverty, environmental degradation, political instability, and social tensions – conditions that can enable terrorist activity and other forms of violence.

And finally, in the chapter on “Defense Strategy,” and the sub-heading “A Foundation for Innovation and Adaptation,” the QDR lays out a  commitment to finding creative ways of addressing the climate change threat multiplier. Beginning on page 25, it notes:

Finally, the Department will employ creative ways to address the impact of climate change, which will continue to affect the operating environment and the roles and missions that U.S. Armed Forces undertake. The Department will remain ready to operate in a changing environment amid the challenges of climate change and environmental damage. We have increased our preparedness for the consequences of environmental damage and continue to seek to mitigate these risks while taking advantage of opportunities. The Department’s operational readiness hinges on unimpeded access to land, air, and sea training and test space. Consequently, we will complete a comprehensive assessment of all installations to assess the potential impacts of climate change on our missions and operational resiliency, and develop and implement plans to adapt as required.

Climate change also creates both a need and an opportunity for nations to work together, which the Department will seize through a range of initiatives. We are developing new policies, strategies, and plans, including the Department’s Arctic Strategy and our work in building humanitarian assistance and disaster response capabilities, both within the Department and with our allies and partners.

In all, this QDR is a strong document that reaffirms the Department of Defense’s forward-leaning posture on this emerging security threat. The sooner our policy-makers start listening to the military, the better.