Jon Stewart Rips Fox on Global Warming: Your F*cking Opinion Is Not as Valid as Scientific Fact! 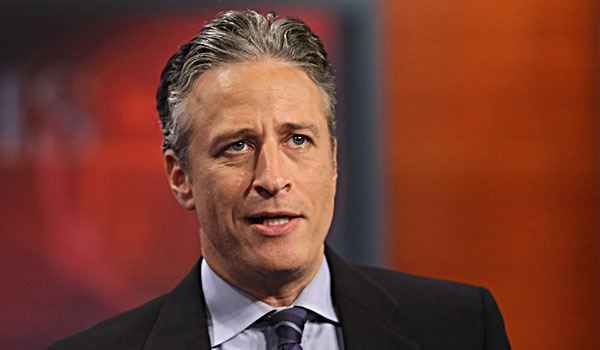 January 6, 2014 – Jon Stewart kicked off the first Daily Show of 2014 by going after a number of Fox News personalities for using the current insanely cold weather to mock global warming. Stewart explained that just because something is “your f*cking opinion” doesn’t mean it’s just as valid as tested scientific fact. Stewart hoped to rein in the new year with something devoid of politics, but sighed as he rounded up the new “War on Carbon” happening in this country. He took on Eric Bolling for trying to follow the money in climate science, mockingly taking jabs at elitist “thousandaires” on their pimped-out “Arctic research cruises.”
And there were also a number of jabs at the expense of climate expert Donald Trump, who apparently informed correspondent Jessica Williams that the massive head wound that she should really go to a doctor for isn’t that bad, her “skull just lacks ambition.”