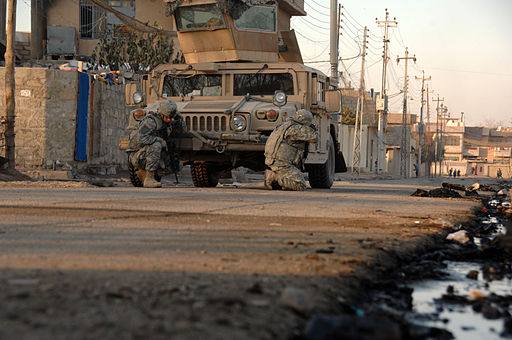 Are recent clashes and riots affected by climate change? And if so to what extent?

Stand by for more violence. As planetary temperatures rise, so does the likelihood of murder, rape and domestic violence, as well as civil war, ethnic bloodshed and invasion, the collapse of government and even the collapse of civilisation.

With every significant shift in temperature there was an increased risk of social or societal violence, they report in the journal Science.  Climate News Network

One would assume that riots will be especially common with projected food and water shortages, see for instance: UN warns of food riots in developing world as drought pushes up prices. But maybe we already are affected from rising temperatures and various climate change impacts? One particular study from 2011 offers a good overview of all these aspects: The Psychological Impacts of Global Climate Change.

Climate change is most concretely represented in the public mind as “global warming” (Meehl & Tebaldi, 2004). In addition to health impacts (Poumadere, Mays, Le Mer, &`Blong, 2005), the predicted warming is likely to have some direct impacts on human behavior. On the basis of experimental and correlational research, Anderson (2001) concluded that there is a causal relationship between heat and violence and that any increase in average global temperature is likely to be accompanied by an increase in violent aggression. Predictions include a rise of about 24,000 assaults or murders in the United States every year for every increase of 2 degrees Fahrenheit in the average temperature. In a more recent article, Anderson and DeLisi (in press) described some of the probable effects of climate change on violence. Both lab-based manipulations of temperature and comparisons of differences in violent crime associated with seasonal and regional temperature differences indicate that heat can have an immediate effect on violent tendencies. More subtle but possibly more powerful long-term impacts may result from an effect of heat on fetal and child development.

This certainly needs consideration when judging violence in general, and even more so with rising temperatures. We just had the warmest November on record, which brought 2013 up to the 5 warmest years on record. There are many reasons and there are different situations, but with further observation of frequency, intensity and outcomes of any violent event we can study how far reaching the impacts really are. In the meantime, people should be at least aware of the implications.

Maybe part of a solution to violence would mean more social justice, more income equality to relieve people of stress, to cool heads.

The Black Road of Technology | Collapse of Industrial Civilization

[…] The Earth’s carbon sinks are filling up and the twin problem of ocean acidification will also need a techno-fix. Complexity begets even more complicated problems. Our culture avoids the simple fact that humanity is vulnerable and dependent on the Earth, that life is fragile and interconnected, and that the importance of Murphy’s law is amplified exponentially when playing GOD with technology. Let’s also hope that the psychological effects of climate change don’t make the nuclear powers loose their cool. […]

[…] Related The only way to stop climate change now may be revolution Climate Change, Clashes and Riots […]

Reply
Go to Top
wpDiscuz
4
0
Would love your thoughts, please comment.x
()
x
| Reply
Cookie Consent
To provide the best experiences, we use technologies like cookies to store and/or access device information. Consenting to these technologies will allow us to process data such as browsing behavior or unique IDs on this site. Not consenting or withdrawing consent, may adversely affect certain features and functions. Learn more about the data usage on this website.
Manage options Manage services Manage vendors Read more about these purposes
View preferences
{title} {title} {title}