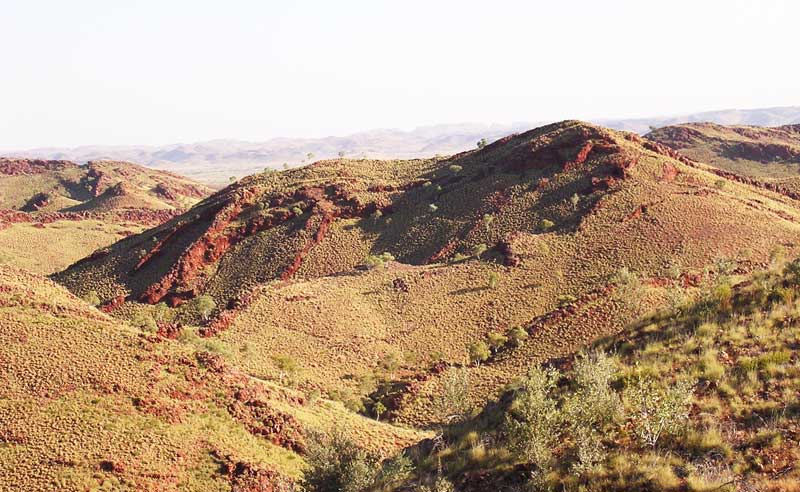 University of Manchester: Tiny bubbles of water found in quartz grains in Australia may hold the key to understanding what caused the Earth’s first ice age, say scientists.

The Anglo-French study, published in the journal Nature, analysed the amount of ancient atmospheric argon gas (Ar) isotopes dissolved in the bubbles and found levels were very different to those in the air we breathe today. The researchers say their findings help explain why Earth didn’t suffer its first ice age until 2.5 billion years ago, despite the Sun’s rays being weaker during the early years of our planet’s formation. “The water samples come from the Pilbara region in north-west Australia and were originally heated during an eruption of pillow basalt lavas, probably in a lake or lagoon environment,” said author Dr Ray Burgess, from the University of Manchester’s School of Earth, Atmospheric and Environmental Sciences. “Evidence from the geological record indicates that the first major glaciations on Earth occurred about 2.5 billion years ago, and yet the energy of the Sun was 20 per cent weaker prior to, and during, this period, so all water on Earth should already have been frozen.

The North Pole area, Pilbara, Western Australia, where the samples came from. Credit: University of Manchester

“This is something that has baffled scientists for years but our findings provide a possible explanation.” The study, done in collaboration with the CRPG-CNRS, University of Lorraine and the Institut de Physique du Globe de Paris, revealed that the ratio of two argon isotopes – 40Ar, formed by the decay of potassium (40K) with a half-life of 1.25 billion years, and 36Ar – was much lower than present-day levels. This finding can only be explained by the gradual release of 40Ar from rocks and magma into the atmosphere throughout Earth’s history. The team used the argon isotope ratio to estimate how the continents have grown over geological time and found that the volume of continental crust 3.5 billion years ago was already well-established being roughly half what it is today.

Dr Burgess said: “High levels of the greenhouse gas carbon dioxide in the early atmosphere – in the order of several percent – which would have helped retain the Sun’s heat, has been suggested as the reason why the Earth did not freeze over sooner, but just how this level was reduced has been unexplained, until now. “The continents are a key player in the Earth’s carbon cycle because carbon dioxide in the atmosphere dissolves in water to form acid rain. The carbon dioxide removed from the atmosphere by this process is stabilised in carbonate rocks such as limestone and if a substantial volume of continental crust was established, as revealed by our study, then the acid weathering of this early crust would efficiently reduce the carbon dioxide levels in the atmosphere to lower global temperatures and lead to the first major ice age.

He added: “The signs of the Earth’s evolution in the distant past are extremely tenuous, only fragments of highly weathered and altered rocks exists from this time, and for the most part, the evidence is indirect. To find an actual sample of ancient atmospheric argon is remarkable and represents a breakthrough in understanding environmental conditions on Earth before life existed.”