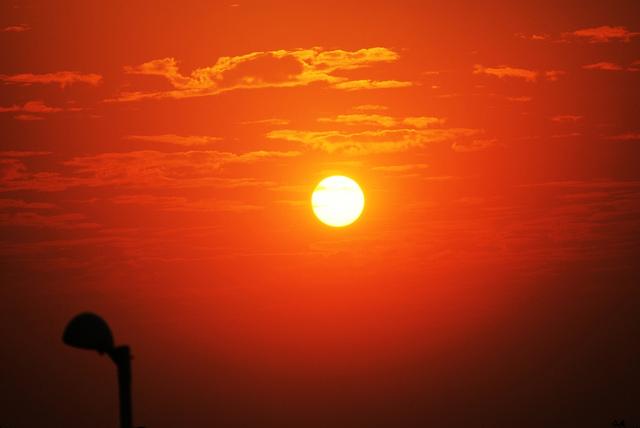 (CBS News) A new study found that climate change may cause people to be more violent.

The study draws a link between increased rates of domestic violence, assault and other violent crimes and a warming climate and says that aggression can be associated with higher temperatures.

Researchers re-analyzed 60 studies from recent decades that look at human behavior going back as far as 10,000 years ago. They considered violence on a large scale, such as war, and on a smaller scale such as aggression in baseball stadiums during the summer.

“Scientists found that as soon as you move off of the average of either temperature or rainfall by a certain amount you get an uptick in small-scale violence, one-on-one or little bar brawls of 4 percent, and you get large-scale violence increasing 14 percent,” said Time magazine senior science editor Jeffrey Kluger on “CBS This Morning: Saturday.” “And that’s where you talk about governments collapsing and large-scale riots.”

The study said that a global temperature increase of just 2 degrees Celsius could increase inter-group conflicts, such as civil wars, by more than 50 percent.

“By the time we get to 2050, if we don’t start to bring back CO2 now, that’s where we’ll be, and we’re facing that kind of unrest down the line,” said Kluger.  Source

There are other agents which contribute to aggressive behavior, such as leaded gasoline, Quote “the only countries in which leaded gasoline is the only type available are Burma and Afghanistan; Leaded gasoline also remains available in Algeria, Georgia, Iraq, North Korea, and Yemen.” https://en.wikipedia.org/wiki/Tetraethyllead