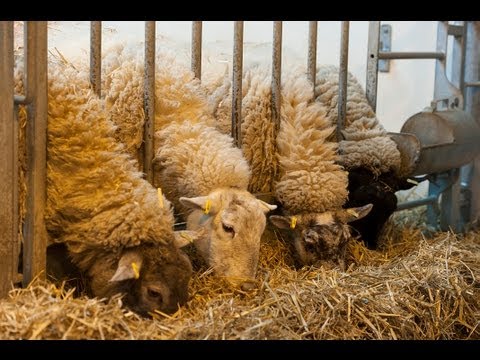 The Independent – June 19, 2013: Bleak assessment of climate change means world was facing ‘a lot more unanticipated events’ Britain faces a wave of deadly new animal and plant diseases that threaten to wipe out crops and livestock as a direct result of global warming, the World Bank’s top agricultural expert has warned. The country can expect to import more diseases, such as the deadly Schmallenberg virus that arrived from overseas about 18 months ago and is sweeping through new-born cattle and sheep spread by midge bites, the expert said.

Rachel Kyle, the World Bank’s vice president for sustainable development, told The Independent: “The rapidity with which the Schmallenberg virus is moving across the UK is increasing and we are probably going to see more of these things happening.” “We expect to see more outbreaks of unknown pathogens [disease-causing micro-organisms] as temperatures and weather patterns change,” she added.

The arrival of the Bluetongue disease, which is also transmitted by midges and hit UK sheep farmers badly in the past few years, is another example of the kind of virus that is prospering in the warmer climate and that we could see more of in the future, Ms Kyle said. In one of the bleakest assessment’s yet of the implications of climate change, Ms Kyle said Britain and the world was going to have to get used to “a lot more unanticipated events”.

The disease, known as Ug99 because it was first identified in Uganda in 1999, has since spread to other African countries such as Kenya, Sudan and Yemen and has now spread to Iran. Mr Fernandes said: “Rust is clearly moving further north and there is little stopping it. It’s not a question of if, but when it arrives in the UK. It could come in a year, although it’s difficult to know when it might happen. However long it takes, the spread is likely to be speeded up by climate change, Mr Fernandes said.

“Rust is carried with the wind through spores, which are the equivalent of eggs and work better under warmer conditions. So as temperatures get warmer, the conditions for these kind of fungal pathogens become even better,” he said. The World Bank experts spoke to The Independent as they launched a new report assessing the impact of climate change on Africa and Asia. Its findings on the UK were derived from the research for that report. In one particularly alarming finding, the report, named Turn Down the Heat, said that the sea level is rising so fast that it may be too late to prevent large swathes of Bangkok disappearing under water in the next two decades.

The report predicts that by the 2030s droughts and heat will leave 40 per cent of the land in Sub-Saharan Africa that is now being used to grow maize unable to support that crop, while rising temperatures could cause major loss of savannah grasslands threatening pastoral livelihoods. By the 2050s the proportion of the population that is undernourished is projected to increase by up to 90 per cent compared to the present, the report found. The World Bank is a collection of five organisations and its mission is to reduce global poverty by making loans to poor countries.

CLIMATE CHANGE WILL TRAP MILLIONS IN POVERTY
The Turn Down the Heat report finds that climate change will hit the world’s poorest people, in Africa and Asia, considerably harder than the better off West. One finding suggests that the sea level is rising so fast that much of Bangkok is likely to be under water in just two decades. The report finds a sea level rise of 15 centimeters by the 2030s and as much as 50 cms by the 2050s may already be unavoidable as a result of past carbon emissions.

World Bank group president Jim Yong Kim said: “The scientists tell us that if the world warms by 2C [the target world leaders have ambitiously set] – warming which may be reached in 20 to 30 years – that will cause widespread food shortages, unprecedented heat-waves and more intense cyclones.”