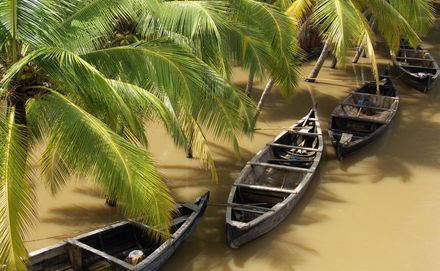 PIK June 20, 2013: Day-to-day rainfall in India might become much more variable due to climate change – potentially putting millions of poor farmers and the country’s agricultural productivity at risk. The Indian monsoon is a complex system which is likely to change under future global warming. While it is in the very nature of weather to vary, the question is how much and whether we can deal with it. Extreme rainfall, for example, bears the risk of flooding, and crop failure. Computer simulations with a comprehensive set of 20 state-of-the-art climate models now consistently show that Indian monsoon daily variability might increase, according to a study just published by scientists of the Potsdam Institute for Climate Impact Research.

“Increased variability – this rather technical term translates into potentially severe impacts on people who cannot afford additional loss,” says Anders Levermann, one of the study’s authors and co-chair of PIK’s research domain Sustainable Solutions. “The fact that all these different models agree is a clear message that adaptation measures can be built on.” Even if seasonal mean precipitation would remain unchanged, impacts could be substantial, Levermann points out. “Focusing on the average is not always useful. If rainfall comes in a spell and is followed by a drought, this can be devastating even if the average is normal. This requires the right kind of adaptation measures that account for this variability – such as intelligent insurance schemes, for example.”

“Limiting global warming is key, adaptation cannot replace but rather complement it”

The strongest change of 13 to 50 percent is found in a scenario in which greenhouse gases continue to be emitted unabated. However, even if global warming would be limited to the internationally acknowledged threshold of 2 degrees Celsius of global warming, this would bear the risk of additional day-to-day variability between 8 and 24 percent above the pre-industrial level, according to the analysis. “So limiting global warming is key to reduce day-to-day monsoon variability, adaptation cannot replace but rather complement it,” says Levermann.

The researchers focused on the ten models with the most realistic monsoon pattern – a conservative approach, as these ten models yield generally lower rates of change. The other ten models showed higher rates of change. “This is not about exact percentages. It is the clear trend that conveys the message,” says Arathy Menon, lead-author of the study. The scientists used the latest ensemble of climate models, prepared for the 5th assessement report of the International Panel on Climate Change. All of them show increased variability.

“This is a robust indicator”

Taking into account all 20 models, the spread of results reduces when the scientists looked at the rainfall changes per degree of global warming independent of the exact time path of the warming. The consistent result is that 4 to 12 percent variability change of daily monsoon rainfall in India are to be expected per degree Celsius of warming. “This is a robust indicator,” says Menon.

About 80 percent of annual rainfall in India occur during the monsoon season from June through September. Factors that could perturb rainfall regularity include the higher holding capacity of moisture of the warmer air, but also more complex phenomena like cooling in the higher atmosphere which changes current pressure and thereby rainfall patterns.

Region-wise, central India has recorded 109% surplus rain and south peninsula 59%. Even in northwest India, there has been 50% surplus rain.