Changing Jet Streams May Alter Paths of Storms and Hurricanes 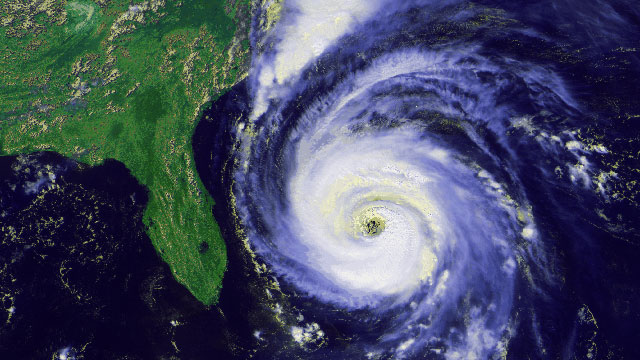 Hurricanes, whose development tends to be inhibited by jet streams, may become more powerful and more frequent as the jet streams move away from the sub-tropical zones where hurricanes are born.

Stanford, CA—The Earth’s jet streams, the high-altitude bands of fast winds that strongly influence the paths of storms and other weather systems, are shifting—possibly in response to global warming.
Scientists at the Carnegie Institution determined that over a 23-year span from 1979 to 2001 the jet streams in both hemispheres have risen in altitude and shifted toward the poles. The jet stream in the northern hemisphere has also weakened. These changes fit the predictions of global warming models and have implications for the frequency and intensity of future storms, including hurricanes.

Cristina Archer and Ken Caldeira of the Carnegie Institution’s Department of Global Ecology tracked changes in the average position and strength of jet streams using records compiled by the European Centre for Medium-Range Weather Forecasts, the National Centers for Environmental Protection, and the National Center for Atmospheric Research. The data included outputs from weather prediction models, conventional observations from weather balloons and surface instruments, and remote observations from satellites. The results are published in the April 18 Geophysical Research Letters.

Jet streams twist and turn in a wide swath that changes from day to day. The poleward shift in their average location discovered by the researchers is small, about 19 kilometers (12 miles) per decade in the northern hemisphere, but if the trend continues the impact could be significant. “The jet streams are the driving factor for weather in half of the globe,” says Archer. “So, as you can imagine, changes in the jets have the potential to affect large populations and major climate systems.”

Storm paths in North America are likely to shift northward as a result of the jet stream changes. Hurricanes, whose development tends to be inhibited by jet streams, may become more powerful and more frequent as the jet streams move away from the sub-tropical zones where hurricanes are born.

The observed changes are consistent with numerous other signals of global warming found in previous studies, such as the widening of the tropical belt, the cooling of the stratosphere, and the poleward shift of storm tracks. This is the first study to use observation-based datasets to examine trends in all the jet stream parameters, however.

“At this point we can’t say for sure that this is the result of global warming, but I think it is,” says Caldeira. “I would bet that the trend in the jet streams’ positions will continue. It is something I’d put my money on.” Source