The Warming went into the Deep 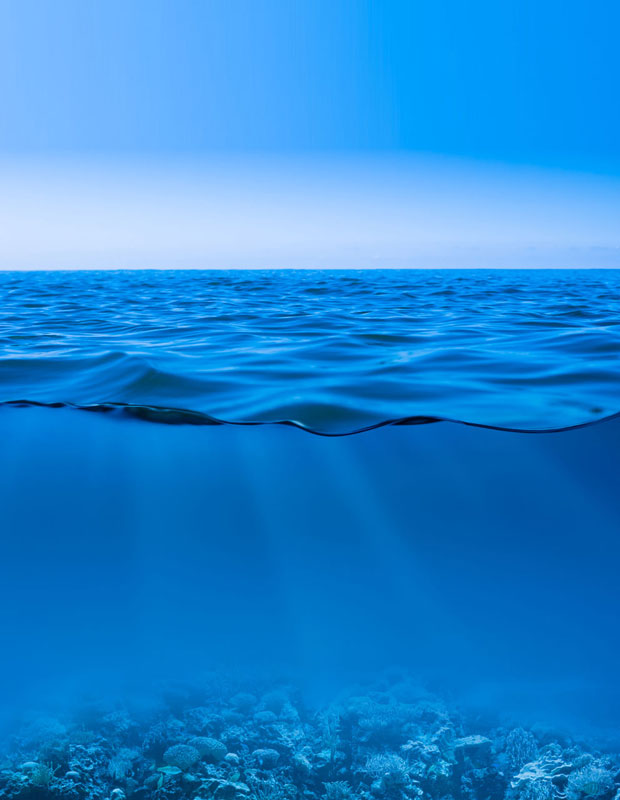 The answer is blowing in the wind: The warming went into the deep end
By Rasmus Benestad / RealClimate
[wpcol_1half id=”” class=”” style=””]April 26, 2013: There has been an unusual surge of interest in the climate sensitivity based on the last decade’s worth of temperature measurements, and a lengthy story in the Economist tries to argue that the climate sensitivity may be lower than previously estimated. I think its conclusion is somewhat misguided because it missed some important pieces of information (also see skepticalscience’s take on this story here).
“The ocean heat content and the global mean sea level height have marched on”

While the Economist referred to some unpublished work, it missed a new paper by Balmaseda et al (2013) which provides a more in-depth insight. Balmaseda et al suggest that the recent years may not have much effect on the climate sensitivity after all, and according to their analysis, it is the winds blowing over the oceans that may be responsible for the ‘slow-down’ presented in the Economist. It is well-known that changes in temperature on decadal time scales are strongly influenced by natural and internal variations, and should not be confused with a long-term trend (Easterling and Wehner, 2009;Foster and Rahmstorf, 2011). An intensification of the trades has affected surface ocean currents called the subtropical gyres, and these changes have resulted in a predominance of the La Nina state. The La Nina phase is associated with a lower global mean temperature than usual.

Balmaseda et al’s results also suggested that a negative phase of the pacific decadal oscillation (PDO) may have made an imprint on the most recent years. In addition, they found that the deep ocean has warmed over the recent years, while the upper 300m of the oceans have ‘stabilised’.

Ocean Heat Content
“The recent changes in these decade-scale variations appear to have masked the real accumulation of heat on Earth.”
[/wpcol_1half][wpcol_1half_end id=”” class=”” style=””]

The oceans can be compared to a battery that needs to be recharged after going flat. After the powerful 1997-98 El Nino, heat flowed out of the tropical oceans in order to heat the atmosphere (evaporative cooling) and the higher latitudes. The warming resumed after the ‘deflation’, but something happened after 1998: since then, the warming has involved the deep ocean to a much greater extent. A weakening of the Atlantic meridional overturning circulation (MOC) may have played a role in the deep ocean warming.

The new knowledge from this paper, the way I read it, is the revelation of the role of winds for vertical mixing/diffusion of heat in a new analysis of the world oceans. Their results were derived through a set of different experiments testing the sensitivity to various assumptions and choices made for data inclusion and the ocean model assimilation set-up.

The analysis involved a brand new ocean analysis (ORAS4; Balmaseda et al., 2013) based on an optimal use of observations, data assimilation, and an ocean model forced with state-of-the-art description of the atmosphere (reanalyses). By running a set of different experiments with the ocean model, including different conditions, such as surface winds and different types of data, they explored which influence the different conditions have on their final conclusion.

The finding that the winds play a role for the state of the warming may not be surprising to oceanographers, although it may not necessarily be the first thing a meteorologist may consider.

Would you care to comment on the excellent Kidder and Worlsey article in GSA today which is open access at doi: 10.1130/G131A.1

and the preceding papers by them ?

I quite liked the article and the papers and find thir notion of the succession from icehouse to cool greenhouse to warm greenhouse to hothouse and the reverse quite convincing. They indicate that in the worst case of a fossil fuel exhausion scenario we will reach a warm greenhouse, but not go all the way into hothouse.

Hi sidd, thanks for sharing this study paper PDF version of the latest version is here A human-induced hothouse climate? Kidder, D.L., and Worsley, T.R., 2012, A human-induced hothouse climate? GSA Today, v. 22, no. 2, p. 4-11. http://www.geosociety.org/gsatoday/archive/22/2/pdf/i1052-5173-22-2-4.pdf Well, i read it and i think they do not identify unknowns and probabilities enough. And there are more climate states than 3 (for instance snowball state). In regards to climate states and comparison of past climate events it must be pointed out that the tectonic setup is key to many feedbacks. And i would like to read more about uncertainties,… Read more »

Thanx for taking the time to read the paper. I think Snowball Earth(s) falls in the Hadean, which is prior to the Phanzeroic which they discuss, an which they claim is characterized by the {Hot,Green,Ice}house regimes. The other papers I pointed to are quite interesting also. I agree they would benefit from running paleo models with appropriate continent/ocean configuration. I wonder how something like Russell’s model that Hansen likes these days might be adapted for paleo runs. I also think that they could do some back of the envelope calculations to see if the proposed predominance of atmospheric heat transport… Read more »

Reply
Go to Top wpDiscuz
3
0
Would love your thoughts, please comment.x
()
x
| Reply
Cookie Consent
To provide the best experiences, we use technologies like cookies to store and/or access device information. Consenting to these technologies will allow us to process data such as browsing behavior or unique IDs on this site. Not consenting or withdrawing consent, may adversely affect certain features and functions. Learn more about the data usage on this website.
Manage options Manage services Manage vendors Read more about these purposes
View preferences
{title} {title} {title}
Loading Comments...