You are here:
2013HistoryLecturePolicyScience Talk 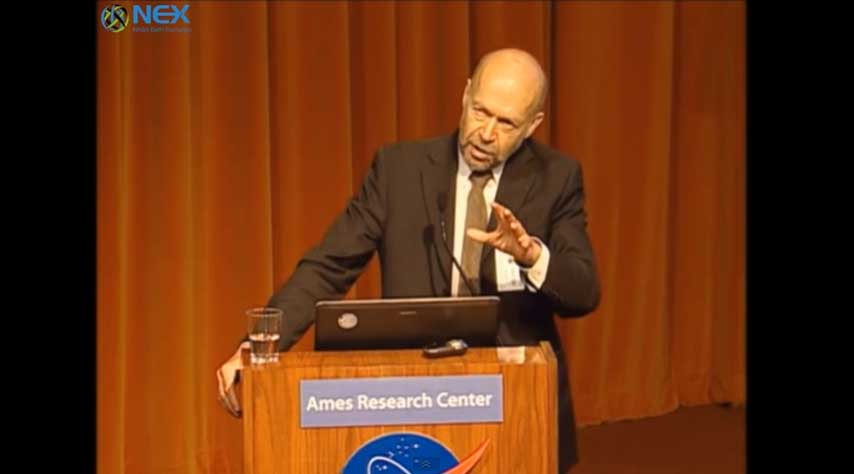 Bloomberg: James Hansen, the former NASA climate scientist who first brought climate change to the attention of Congress in the 1980s, stepped down as head of the agency’s Goddard Institute for Space Studies last month. That hasn’t stopped him traveling the globe to lobby for climate protection measures, while remaining an adjunct professor for Earth and Environmental Studies at Columbia University.

I caught up with Hansen in London last week. He was in Europe to lobby politicians to classify fuels from oil sands as more polluting than conventional fossil fuels. A Congressional Research Service study published in March estimates that Canadian oil sands are 14 percent to 20 percent (pdf) more carbon intensive than conventional crude.

Q: Tell me your thoughts on the effectiveness of carbon pricing in Europe. The price has plummeted this year.

A: Carbon markets are better than nothing. What’s really needed is a carbon fee, something that will go up monotonically. It should not go up and down and up and down. That’s good for traders and bankers; people who will make money from a fluctuating market. But that’s not the objective. We really don’t want big banks in the problem. They don’t add anything to the problem except cost.

So what you want to have is a fee on carbon that you collect from the fossil fuel companies.

Q: You’re reluctant to call it a tax?

A: I would call it a fee if it’s revenue-neutral. If you give the money to the public, then it’s not a tax. It’s a fee collected from fossil fuel companies with the money distributed to the public. I would distribute it as an equal amount to every legal resident of the country.

Q: You say common, but couldn’t it be different for different nations?

A: Some countries are more responsible for the excess CO2 in the atmosphere than others. Those countries that are less responsible — usually because they are still developing — their rate should be lower. But it should not be zero. They don’t want to go down the path of getting addicted to fossil fuels.

Q: Should the UN process be abandoned?

A: I wouldn’t abandon it, but I just don’t hold out high hopes for getting 180 nations to agree on an approach.

That’s an approach that’s just not going to work.

Q: Atmospheric carbon dioxide passed the threshold of 400 parts per million (ppm) this month for the first time. What does this represent? In many ways it’s just an arbitrary number.

A: In order to get a consensus among the relevant scientific community, [policymakers agreed] the dangerous level is no more than 2 degrees Celsius of global warming. That corresponds roughly to 450 ppm, but I would argue that’s well into the dangerous zone.

I with many co-authors in 2008 published a paper in which we suggested that the target we should be aiming for is 350 ppm. That would keep warming below about 1 degree Celsius.

The last interglacial period was 2 degrees warmer, and ended up with 6 meters of sea level rise. If we understand the implications of that then we should say, “Well, we better start pulling back.”

Q: Given how successful shale gas has already been in the U.S., and the continued development of oil sands in Canada, how confident are you the world can get to grips with the problem?

A: So far the amount from shale is small, and that’s where you’d like to keep it. But if you once build a pipeline, then you’re practically guaranteed that a substantial amount of that resource will be exploited. That’s Keystone. That’s why it’s so important not to go down that path.

Q: Do you think the U.S. administration has already made up it’s mind that it’s going to go ahead with Keystone?

A: No. Clearly they were leaning that way. But I think there’s now hope. I think [Secretary of State] John Kerry understands the implications of that quite well, and I expect him to come in with a recommendation that it not be approved.

Given what he knows, and his prior interest in the climate issue, I would be surprised if he came in and recommended building the Keystone pipeline. Then the question is whether Obama would choose based on other considerations to approve it. But he too has a legacy to think about. The more time they have to think about that, the better.

Q: The warmest temperatures since 1998, which were in 2005 and 2010, have all been pretty similar. How can we explain that we’ve not had a significantly warmer year than 1998 since then?

A: When you look at a short period, it’s hard to have statistically significant warming. But the rate has been less in the past decade than the prior three decades.

It’s normal. There’s no reason to believe that the temperature is going to be linear. There are a couple of reasons to believe it would be less. Since the 1970s we have been measuring the sun very precisely, and we know that this last solar cycle is the weakest of them all.

But there are other factors involved, some of which are not measured very well, including human-made aerosols [which cause cooling].

Then there’s just a natural variability. We’ve had in the last few years two strong La Ninas. That’s just a natural oscillation of tropical temperature. The 1998 El Nino was a record one, and that causes warming. The La Ninas cause a global cooling. When you have a big warming at the beginning and two La Ninas at the end, that tends to give you a negative trend.

Q: What do you do in your own life to cut emissions?

We have covered our barn roof with solar panels, so we’re generating twice as much electricity as we use. And as soon as we can afford it we will put in geothermal heating. Then our property will be very energy efficient. We investigated a windmill, but it’s not allowed.