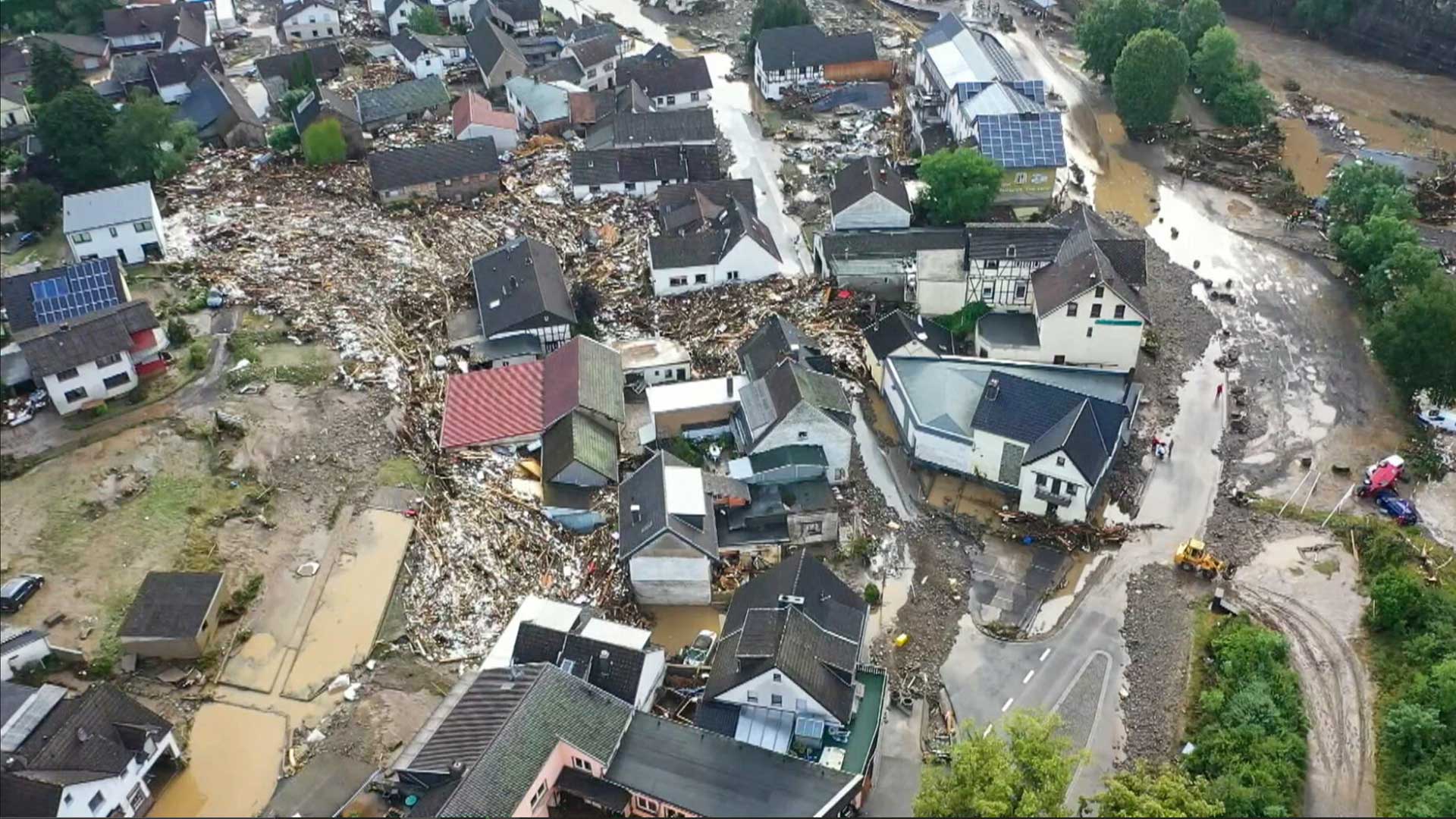 Heavy rains caused flooding in regions of West Germany, affecting the region of Ahrweiler (Rheinland-Pfalz). In the town Schuld (Nordrhein-Westfalen), several buildings collapsed with others prone to collapse.

The town of Hagen is also affected, near Wuppertal a dam overflow – subsequently towns around Steinbachtalsperre in Euskirchen were evacuated.

Dozens of people are missing, 33 deaths have been reported so far.

Forecasts suggest more heavy rain is due in much of Germany and Belgium on Thursday and Friday.

Much of the flooding was triggered when the Ahr river, which flows into the Rhine, burst its banks south of Bonn.

Malu Dreyer, chief of the Rhineland-Palatinate state, described the flooding as a “catastrophe”.

“There are dead, missing and many people still in danger,” she said. “All of our emergency services are in action round the clock and risking their own lives.”

Police helicopters and the army have been deployed to some areas to help stranded residents.

At least 200.000 people are without electricity. The weather related damages in Germany in 2021 so far are possibly the most expensive since at least 2013.

The entire Ahrtal is flooded, below a picture of Dernau. The flooding is so severe it broke the old record by more than 2 meters.

Several buildings collapsed in the town of Pepinster, Belgium.

Denver: Late-season Wildfires, Tens of thousands evacuated, hundreds of homes destroyed
December 31, 2021
Subscribe
0 Comments
Inline Feedbacks
View all comments
Go to Top
wpDiscuz
0
0
Would love your thoughts, please comment.x
()
x
| Reply
Cookie Consent
To provide the best experiences, we use technologies like cookies to store and/or access device information. Consenting to these technologies will allow us to process data such as browsing behavior or unique IDs on this site. Not consenting or withdrawing consent, may adversely affect certain features and functions. Learn more about the data usage on this website.
Manage options Manage services Manage vendors Read more about these purposes
View preferences
{title} {title} {title}
Loading Comments...