Hydrogen beyond the hype 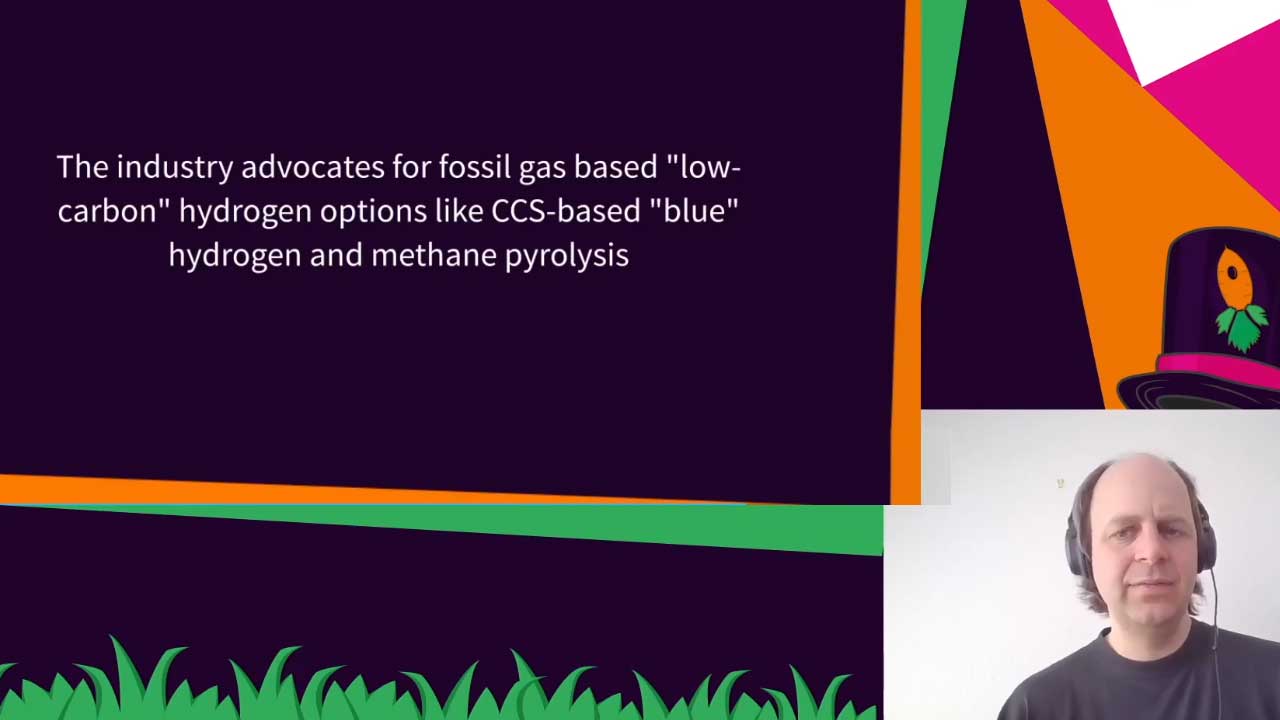 Speaker Hanno Böck talks about hydrogen, and points out – to make it viable you would require more renewable electricity, also it would be expensive. He also makes the distinction between green hydrogen, and fossil hydrogen – how it is produced, with green hydrogen making up only a small fraction today.

Hydrogen is a crucial piece of a future climate neutral industry and lately gained a lot of attention. The talk will separate hype from real need for the smallest molecule and we will look at why will likely see hydrogen-based steel plants in the future, but hydrogen-based cars and heaters will play a minor role at best .

The EU recently published a Hydrogen roadmap, many countries, Germany included, have their own hydrogen strategies. Many hydrogen-based pilot projects have been announced lately. Behind the push for hydrogen is a mixture of lobbying interests – primarily by the natural gas industry – and real concern about decarbonizing certain industries.

The talk will give an overview on hydrogen and the current hype. Today hydrogen is usually produced with natural gas, but in the future green hydrogen made with renewable energy and electrolysis will hopefully take its place. There is an emerging consensus that hydrogen will play its role in certain areas like the steel and chemical industry, but it is not the climate panacea that some think it is. We will also detour to some of the molecules that can be made from hydrogen and learn why future ships may run on Ammonia.