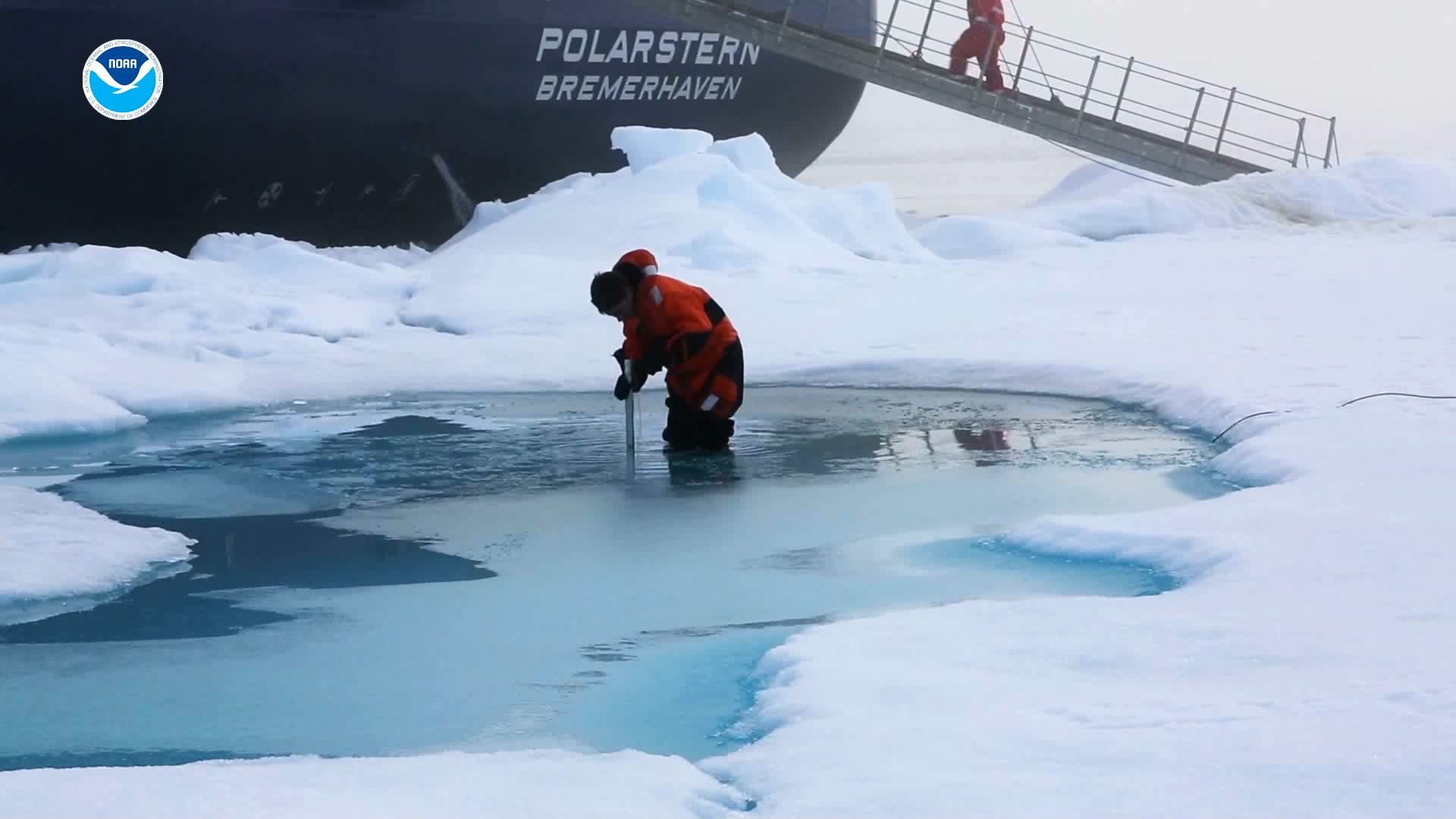 Ice cores obtained years ago document an ominous rise of temperatures, abrupt change manifesting just within a few decades. First scientists thought this must be an error, but slowly they realize what it could mean for us today.

Research into the polar ocean, found, it is getting hotter at a rate faster than even the worst case climate scenario predictions. To better put this into perspective the international team of climate scientists then compared the observed changes in the Arctic with rapid climate fluctuations during past geological times.

The best climate fit, the Greenland ice cores, documenting incredible temperature jumps of 10°C or even 12°C, over a period of between 40 years and a century, happening during brief warm episodes during the ice age between 120,000 years and 11,000 years ago.

On average, the Arctic has been warming at the rate of 1°C per decade for the last four decades. Around Norway’s Svalbard archipelago, temperatures rose even faster, at an astonishing rate of 1.5°C every 10 years.

“We have been clearly underestimating the rate of temperature increases in the atmosphere nearest to the sea level, which has ultimately caused sea ice to disappear faster than we had anticipated” Jens Hesselbjerg Christensen, a professor at the University of Copenhagen’s Niels Bohr Institutet (NBI)

The sudden rise of temperatures, also means that the cryosphere, frozen parts of our environment are disappearing. For instance, the Greenland ice sheet – is melting incredible fast; more alarmingly, its icecap is losing ice mass at a rate that suggests the loss could become unstoppable.

Researchers have also confirmed that the average planetary temperature  continues to rise inexorably, that the Arctic Ocean could be free of ice in  summer as early as 2035, and that the climate scientists’ “worst case” scenarios are no longer to be regarded as a warning of what could happen: the evidence is that what is happening now already matches the climate forecaster’s worst case. The latest finding implicitly and explicitly supports this flurry of ominous observation.

“We have looked at the climate models analysed and assessed by the UN Climate Panel,” said Professor Christensen. “Only those models based on the worst case scenario, with the highest carbon dioxide emissions, come close to what our temperature measurements show over the past 40 years, from 1979 to today.”

With CO2 levels today around 400ppm, we are clearly committed to far more climate change, both in the near term, and well beyond our children’s future. A key question is how that change will occur. Abrupt climate changes are those that exceed our expectations, preparedness, and ability to adapt. Such changes challenge us economically, physically, and socially. ~ James White, Institute of Arctic and Alpine Research

This article contains information from the following publications:

Eric Rignot: Sea level rise there is a distinct possibility it could go faster
October 6, 2021
Subscribe
0 Comments
Inline Feedbacks
View all comments
Go to Top
wpDiscuz
0
0
Would love your thoughts, please comment.x
()
x
| Reply
Cookie Consent
To provide the best experiences, we use technologies like cookies to store and/or access device information. Consenting to these technologies will allow us to process data such as browsing behavior or unique IDs on this site. Not consenting or withdrawing consent, may adversely affect certain features and functions. Learn more about the data usage on this website.
Manage options Manage services Manage vendors Read more about these purposes
View preferences
{title} {title} {title}