You are here:
2020Extreme WeatherImpactsPrecipitationUSA 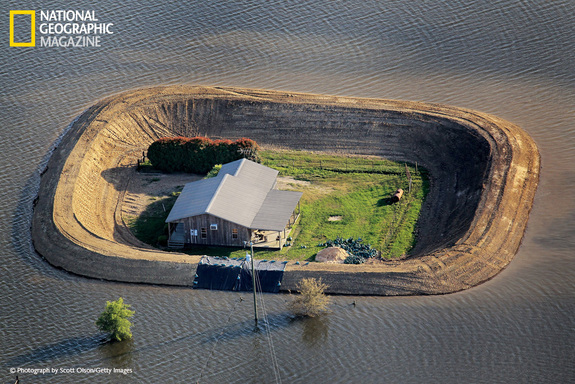 We can link extreme weather in recent history to climate change, and intense rainstorms are no exception. A new report published by the Massachusetts Institute of Technology found that anthropogenic activity is responsible for increased rainfall in North America.

Human activity responsible for greenhouse gas emissions is not only upping the frequency of precipitation, but also the severity. If we don’t attempt to make changes, the chance of extreme rainstorms due to global warming will likely continue to rise.

In the past few decades, experts have associated extreme precipitation events with changes inatmospheric pressure — an indicator of a warming climate. With weather patterns morefrequently stagnating, certain regions are likely to see large amounts of rainfall, with stormsgetting trapped in one place.

These events increase the hazard of flash flooding, but they alsoimpact vulnerable populations who may not be prepared for weather disasters. Building moreresilient systems will be essential as climate disasters become the norm.

Warmer air holds more moisture, increasing the likelihood that extreme storms will occur. Smallchanges in atmospheric temperatures have a significant impact. For example, the globaltemperature rose by one degree Celsius since the 19th century. This change may seeminsignificant, but it carries vast ramifications.

Most regions in North America experience five percent more rainfall than just forty years ago. Greenhouse gases lead to a warming atmosphere, and humans are mainly responsible for this development.

Since the beginning of the Industrial Age, carbon dioxide has increased by forty-five percent, according to NASA. A warming atmosphere does not necessarily mean the average temperature will rise in all areas across the globe.

Research demonstrates that many communities throughout North America are ill-prepared for extreme rainstorms, and lack the necessary infrastructure to survive floods.

These vulnerable systems make them unsustainable in the face of climate disaster, leading to the potential for expensive solutions. Finding sustainable, cost-effective ways to respond to a warming climate will be paramount in the face of more extreme future rainstorms.

Floods can contaminate water systems, leaving communities without a clean resource — an event that can lead to fatalities in less than a week and impact infrastructure.

The financial burden of flooding is incredibly significant, especially in urban areas. Projections for precipitation changes are regional, and some parts of North America will experience more shifts than others.

For example, experts predict that spring precipitation in the northern United States will rise, but will most likely decrease in the Southwest. Depending on how efforts to curb climate change are applied, extreme rainstorms will likely become more regular due to anthropogenic activity.

Humans are warming the atmosphere, which in turn creates the potential for more rainfall. Intense rainstorms will impact vulnerable communities and economies, making it crucial to build a more resilient infrastructure for the future.