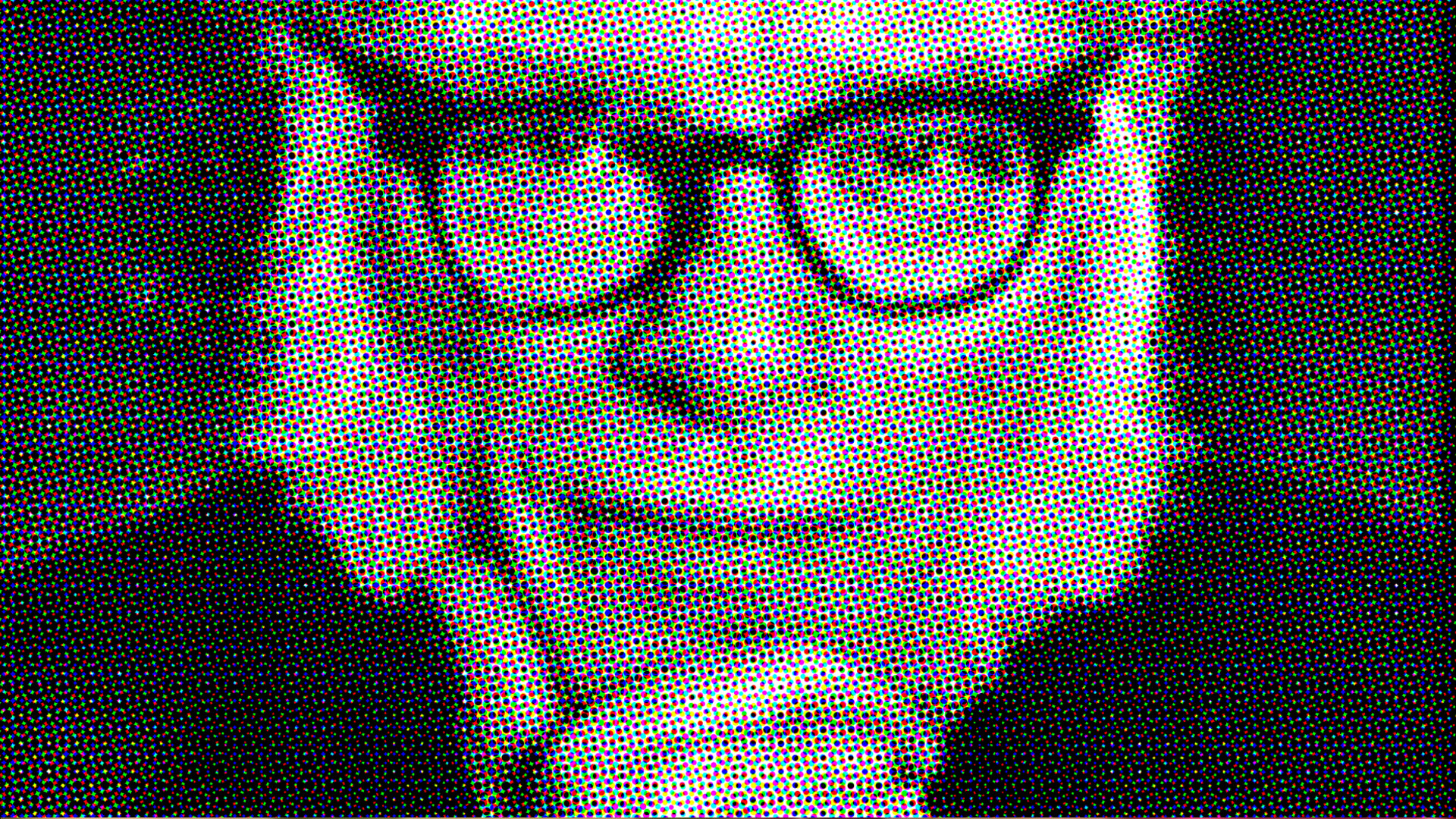 The villain in the atmosphere is carbon dioxide

It does not seem to be a villain. It is not very poisonous and it is present in the atmosphere in so small a quantity that it does us no harm. For every 1,000,000 cubic feet of air there are only 340 cubic feet of carbon dioxide — only 0.034 percent.

What’s more, that small quantity of carbon dioxide in the air is essential to life. Plants absorb carbon dioxide and convert it into their own tissues, which serve as the basic food supply for all of animal life (including human beings, of course). In the process, they liberate oxygen, which is also necessary for all animal life.

The sea level is rising very slowly from year to year. The high tides tend to be progressively higher, even in quiet weather, and storms batter at breakwaters more and more effectively, erode the beaches more savagely, batter houses farther inland.

In all likelihood, the sea level will continue to rise and do so at a greater rate in the course of the next hundred years. This means that the line separating ocean from land will retreat inland everywhere. It will do so only slightly where high land abouts the ocean. In those places, however, where there are low-lying coastal areas (where a large fraction of humanity lives) the water will advance steadily and inexorably and people will have to retreat inland.

It is not only that people will be forced to retreat by the millions and that virtually all of Long Island will become part of the shallow offshore sea bottom, leaving only a line of small islands running east to west, marking off what had been the island’s highest points. Eventually the sea will reach a maximum of two hundred feet above the present water level, and will be splashing against the windows along the twentieth floors of Manhattan’s skyscrapers. Naturally the Manhattan streets will be deep under water, as will the New Jersey shoreline and all of Delaware. Florida, too, will be gone, as will much of the British Isles, the northwestern European coast, the crowded Nile valley, and the low-lying areas of China, India, and the Soviet Union.

Many cities will be drowned, but much of the most productive farming areas of the world will be lost. Although the change will not be overnight, and though people will have time to leave and carry with them such of their belongings as they can, there will not be room in the continental interiors for all of them. As the food supply plummets with the ruin of farming areas, starvation will be rampant and the structure of society may collapse under the unbearable pressures.

And all because of carbon dioxide. But how does that come about? What is the connection?

It begins with sunlight, to which the various gases of the atmosphere (including carbon dioxide) are transparent. Sunlight, striking the top of the atmosphere, travels right through miles of it to reach the Earth’s surface, where it is absorbed. In this way, the Earth is warmed.

The Earth’s surface doesn’t get too hot, because at night the Earth’s heat radiates into space in the form of infrared radiation. As the Earth gains heat by day and loses it by night, it maintains an overall temperature balance to which Earthly life is well-adapted.

However, the atmosphere is not quite as transparent to infrared radiation as it is to visible light. Carbon dioxide in particular tends to be opaque to that radiation. Less heat is lost at night, for that reason, than would be lost if carbon dioxide were not present in the atmosphere. Without the small quantity of that gas present, the Earth would be distinctly cooler on the whole, perhaps a bit uncomfortably cool.

This is called the “greenhouse effect” of carbon dioxide. It is so called because the glass of greenhouses lets sunshine in but prevents the loss of heat. For that reason it is warm inside a greenhouse on sunny days even when the temperature is low.

This means that in the coming decades, Earth’s average temperature will go up slightly. Winters will grow a bit milder on the average and summers a bit hotter. That may not seem frightening. Milder winters don’t seem bad, and as for hotter summers, we can just run our air-conditioners a bit more.

But consider this: If winters in general grow milder, less snow will fall during the cold season. If summers in general grow hotter, more snow will melt during the warm season. That means that, little by little, the snow line will move away from the equator and toward the poles. The glaciers will retreat, the mountain tops will grow more bare, and the polar ice caps will begin to melt.

That might be annoying to skiers and to other devotees of winter sports, but would it necessarily bother the rest of us? After all, if the snow line moves north, it might be possible to grow more food in Canada, Scandinavia, the Soviet Union, and Patagonia.

Still, if the cold weather moves poleward, then so do the storm belts. The desert regions that now exist in subtropical areas will greatly expand, and fertile land gained in the north will be lost in the south. More may be lost than gained.

It is the melting of the ice caps, though, that is the worst change. It is this which demonstrates the villainy of carbon dioxide.

Something like 90 percent of the ice in the world is to be found in the huge Antarctica ice cap, and another 8 percent is in the Greenland ice cap. In both places the ice is piled miles high. If these ice caps begin to melt, the water that forms won’t stay in place. It will drip down into the ocean and slowly the sea level will rise, with the results that I have already described.

All this is called the “runaway greenhouse effect,” and it may eventually make Earth an uninhabitable planet.

But, as you can see, it is not carbon dioxide in itself that is the source of the trouble; it is the fact that the carbon dioxide concentration in the atmosphere is steadily rising and seems to be doomed to continue rising. Why is that?

To blame are two factors. First of all, in the last few centuries, first coal, then oil and natural gas, have been burned for energy at a rapidly increasing rate. The carbon contained in these fuels, which has been safely buried underground for many millions of years, is now being burned to carbon dioxide and poured into the atmosphere at a rate of many tons per day.

Some of that additional carbon dioxide may be absorbed by the soil or by the ocean, and some might be consumed by plant life, but the fact is that a considerable fraction of it remains in the atmosphere. It must, for the carbon dioxide content of the atmosphere is going up year by year.

To make matters worse, Earth’s forests have been disappearing, slowly at first, but in the last couple of centuries quite rapidly. Right now it is disappearing at the rate of sixty-four acres per minute.

What is to be done?

First, we must save our forests, and even replant them. From forests, properly conserved, we get wood, chemicals, soil retention, ecological health— and a slowdown of carbon dioxide increase.

Second, we must have new sources of fuel. There are, after all, fuels that do not involve the production of carbon dioxide. Nuclear fission is one of them, and if that is deemed too dangerous for other reasons, there is the forthcoming nuclear fusion, which may be safer. There is also the energy of waves, tides, wind, and the Earth’s interior heat. Most of all, there is the direct use of solar energy.

Releases
1986 6-Jul-86, Newsday “Are We Drowning Our Tomorrows?” http://www.asimovonline.com/oldsite/Essays/other_essays.html
1987 https://www.amazon.com/Past-Present-Future-Isaac-Asimov/dp/0879753935

Our Angry Earth by Isaac Asimov and Frederik Pohl

Isaac Asimov anticipated how we ‘d reside in 2019, however he was just half best | Science & Tech Blog

[…] a half years after composing his “1984” essay about 2019, he composed another set of darker forecasts about a future coping with an altering environment, increasing water level and the possibility of […]

[…] This is certainly not the topic which made Isaac Asimov famous, but he did write about climate change in an extremely powerful and conclusive way. In just a couple of paragraphs he manages to perfectly explain the science behind the mechanisms that drive anthropogenic climate change.  He presents the dangers of feedback loops and runaway global warming. He also puts an emphasis on the crucial importance of forests, a fact that we rarely hear in the debates surrounding climate change. He sees the curbing of deforestation as the first step that we should take to slow down the warming… Read more »