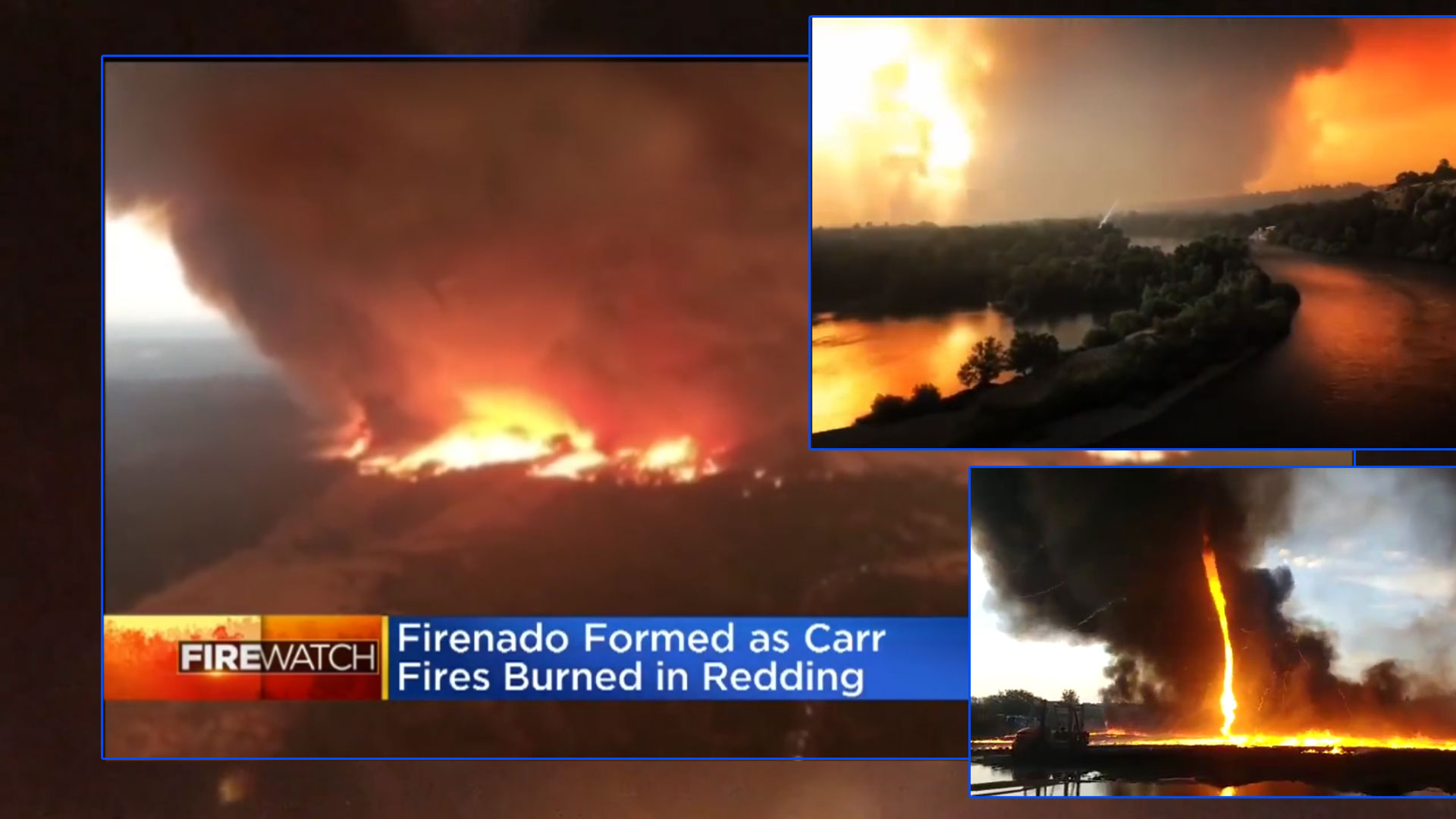 A tornado? Scary. Wildfire? Horrific. A tornado made out of fire? Just about the most terrifying thing Mother Nature can whip up. https://www.washingtonpost.com/news/capital-weather-gang/wp/2018/08/03/californias-carr-fire-may-have-unleashed-the-most-intense-fire-tornado-ever-observed-in-the-u-s

California’s Viral Fire Tornado Has Scientists Searching For Answers – Fire tornados are among the rarest weather phenomena on Earth, and this vortex had the added distinction of possibly being the strongest tornado-like thing in California’s history. https://earther.gizmodo.com/californias-viral-fire-tornado-has-scientists-searching-1828096118

A fire whirl – also commonly known as a fire devil, or, (in many cases erroneously), as a fire tornado, firenado, fire swirl, or fire twister – is a whirlwind induced by a fire and often made up of flame or ash. They usually start with a whirl of wind or smoke. Fire whirls may occur when intense rising heat and turbulent wind conditions combine to form whirling eddies of air. These eddies can contract into a tornado-like vortex that sucks in burning debris and combustible gases.

Fire whirls are sometimes colloquially called fire tornadoes, but are not usually classifiable as tornadoes as the vortex in most cases does not extend from the surface to cloud base. Also, even in such cases, even those fire whirls are not classic tornadoes, in that their vorticity derives from surface winds and heat-induced lifting, rather than a tornadic mesocyclone aloft.