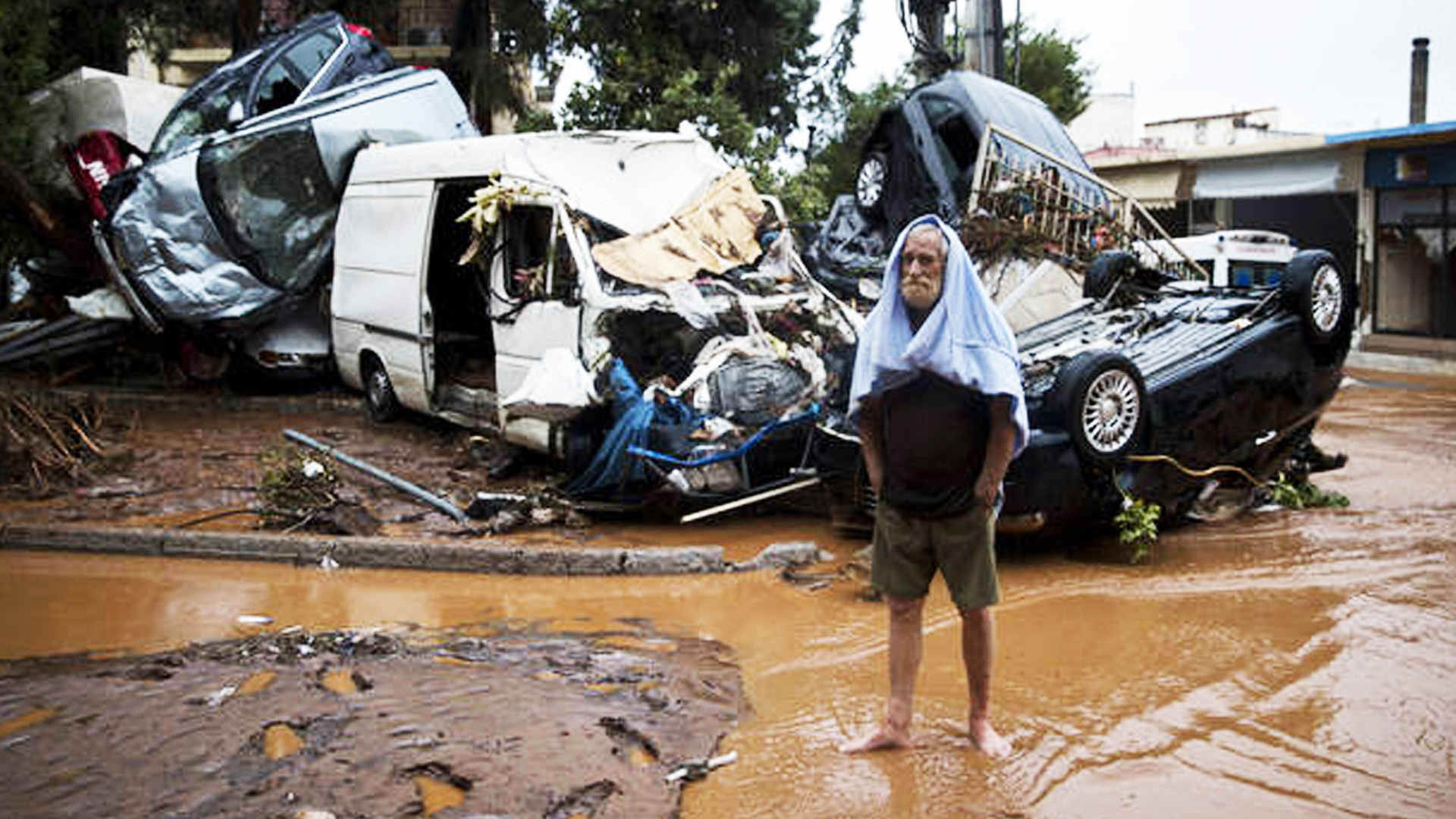 At least 15 people are dead and a dozen injured after overnight downpours caused sudden and catastrophic flooding in cities outside Athens, according to Reuters. In western cities like Mandra, Nea Peramos and Megara, citizens lost homes, cars and businesses. Forecasters expect more rain tonight. https://www.npr.org/sections/thetwo-way/2017/11/16/564576504/deadly-floods-devastate-western-greek-cities

Part of the footage via Understanding Climate Change https://www.youtube.com/watch?v=bTSzYz54q9g

Video source via
AFP and others