You are here:
2016Climate ChangeCommunicationImpactsScienceSolutions 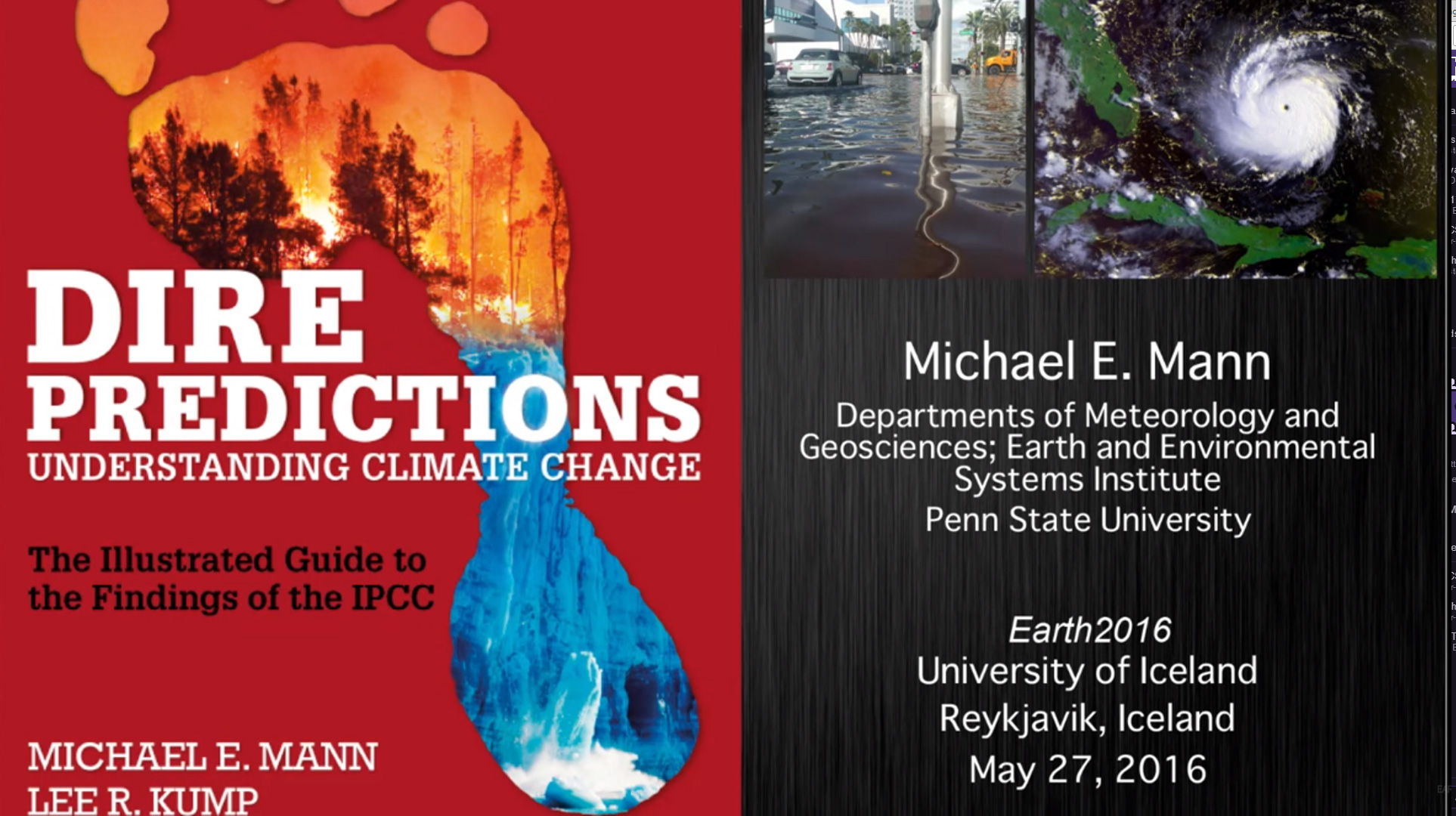 This 2016 lecture featuring Michael E Mann http://www.meteo.psu.edu/holocene/public_html/Mann/index.php
begins with a review of the now-solid evidence for a human influence on the climate of recent decades. Such evidence includes instrumental measurements available for the past two centuries, paleoclimate observations spanning more than a millennium, and comparisons of the predictions from computer models with observed patterns of climate change. Further the lecture addresses future impacts of human-induced climate change including possible influences on sea level rise, severe weather, and water supply. The video concludes with a discussion on the solutions to the climate crisis.

Michael E. Mann is Distinguished Professor of Atmospheric Science at Penn State University, with joint appointments in the Department of Geosciences and the Earth and Environmental Systems Institute (EESI). He is also director of the Penn State Earth System Science Center (ESSC).

“The Madhouse Effect” is a part of series of lectures given at the University of Iceland on May 27th 2016 at the conference “The Past, the Future. How Fast, How Far? Threats Facing the Climate System”