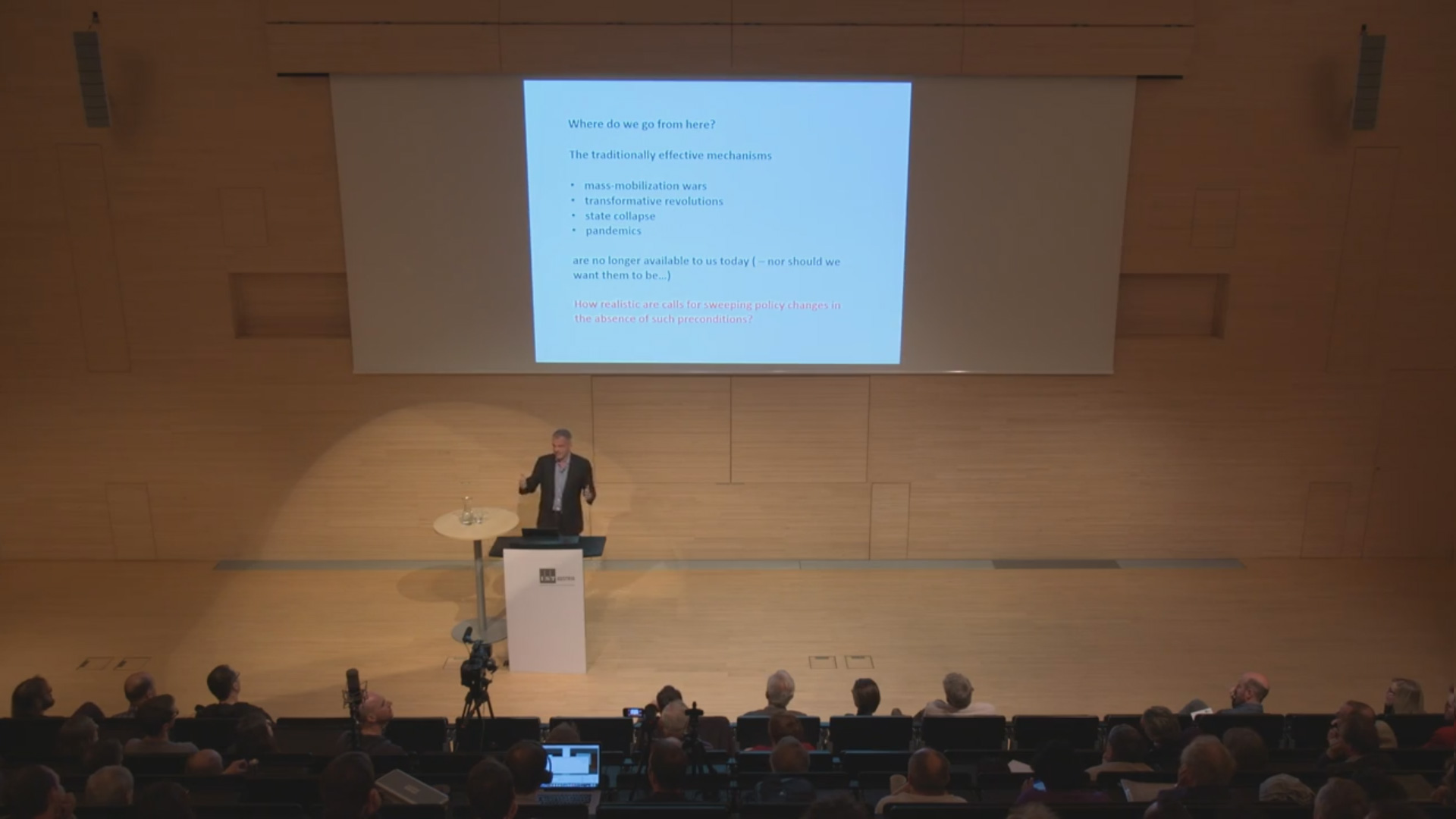 On March 29, 2017, IST Austria hosted Stanford University Professor Walter Scheidel for an IST Science and Society Lecture. More than 220 people convened in the Raiffeisen Lecture Hall to hear him talk about “The great leveler: violence and economic inequality from the Stone Age to the future”. With economic inequality being a defining feature of civilization for thousands of years, he examined such violent processes as mass-mobilization warfare, transformative revolutions, state collapse, and catastrophic plagues over the long run of history and considered the prospects of leveling in today’s more stable world.
Release by IST Austria https://ist.ac.at via https://www.youtube.com/watch?v=dK1xiJBD97M

The Great Leveller by Walter Scheidel review – an end to inequality?
Scheidel argues that economic inequalities are usually narrowed most effectively as a result of cataclysmic events: war, revolution, the collapse of states and natural disasters.

Scheidel dubs these the “four horsemen” and explores the causal relationships between them and the emergence of mechanisms that significantly redistribute wealth – not just in the societies we think we know, such as western European modernity, but those we rarely consider, such as the pre-conquest Americas, or the dark ages in Europe.

Since around 2011, with the mass revolts of technologically empowered and educated people, the world has been offered the possibility of a break from the cycle of relentless inequality. In effect it turned the offer down – and in saying no to a future of social justice it has, for now, opened the door to the past: to kleptocrats, mafiosi, politicians whose imaginations are trapped in that tight space between the golden tower and the golden shower. https://www.theguardian.com/books/2017/mar/29/the-great-leveller-walter-scheidel-review-paul-mason