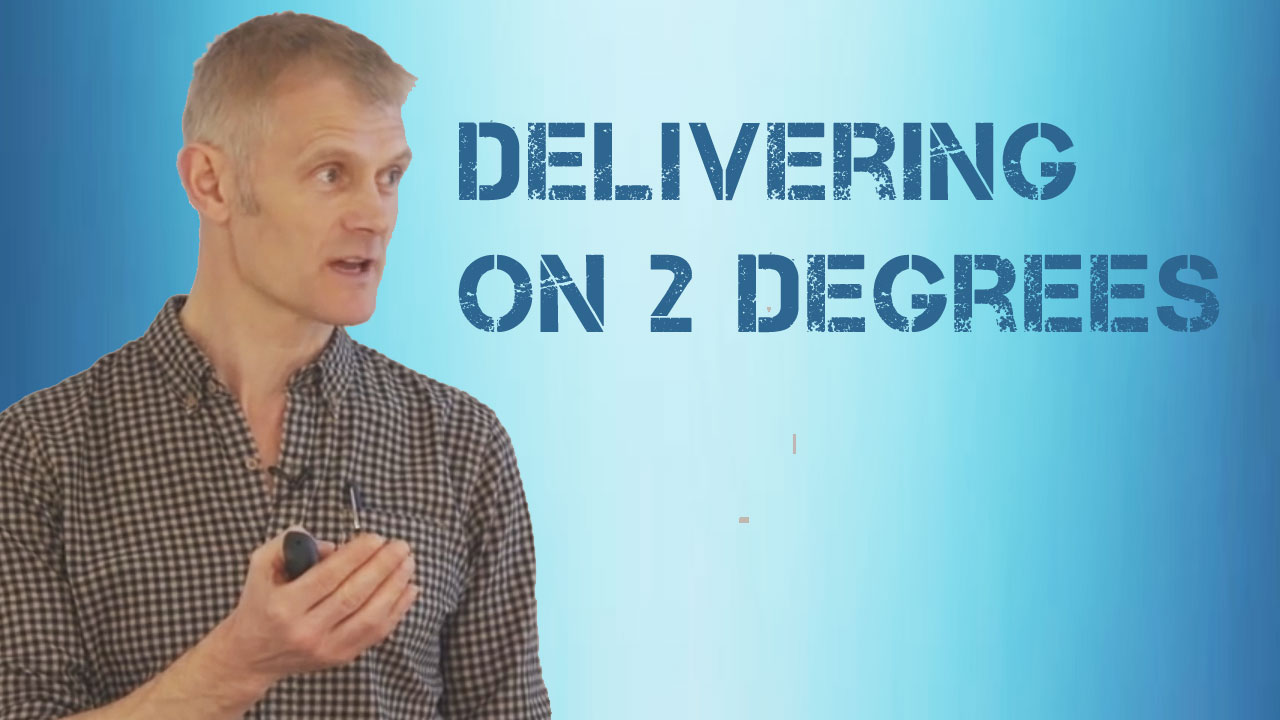 As part of the ‘Delivering on 2 degrees’ talks and debate evening organised by the Carbon Neutral University Network, Kevin talks about the Paris Agreement within the background of Climate Science and what is needed to stop global warming at 2C or even 1.5C.

Kevin Anderson says that we basically lost the chance to stay below 1.5 degrees (17.10min) and for a 33% chance of staying below 2 degrees, industrialised nations such as the UK, need to fully decarbonise by 2035 (21.55min).

Kevin Anderson also details the huge potential reductions in carbon emissions – i.e. if the top 10% of emitters would reduce their carbon emissions to the level of a typical EU citizen, global emissions would be cut by 33%!

He provides several specific examples, i.e tougher car emissions standards or more efficient fridges would allow significant emissions cuts without extra costs. However, to make meaningful impact, retrofitting 75%+ of our housing stock would have to be retrofitted to a very high standard.