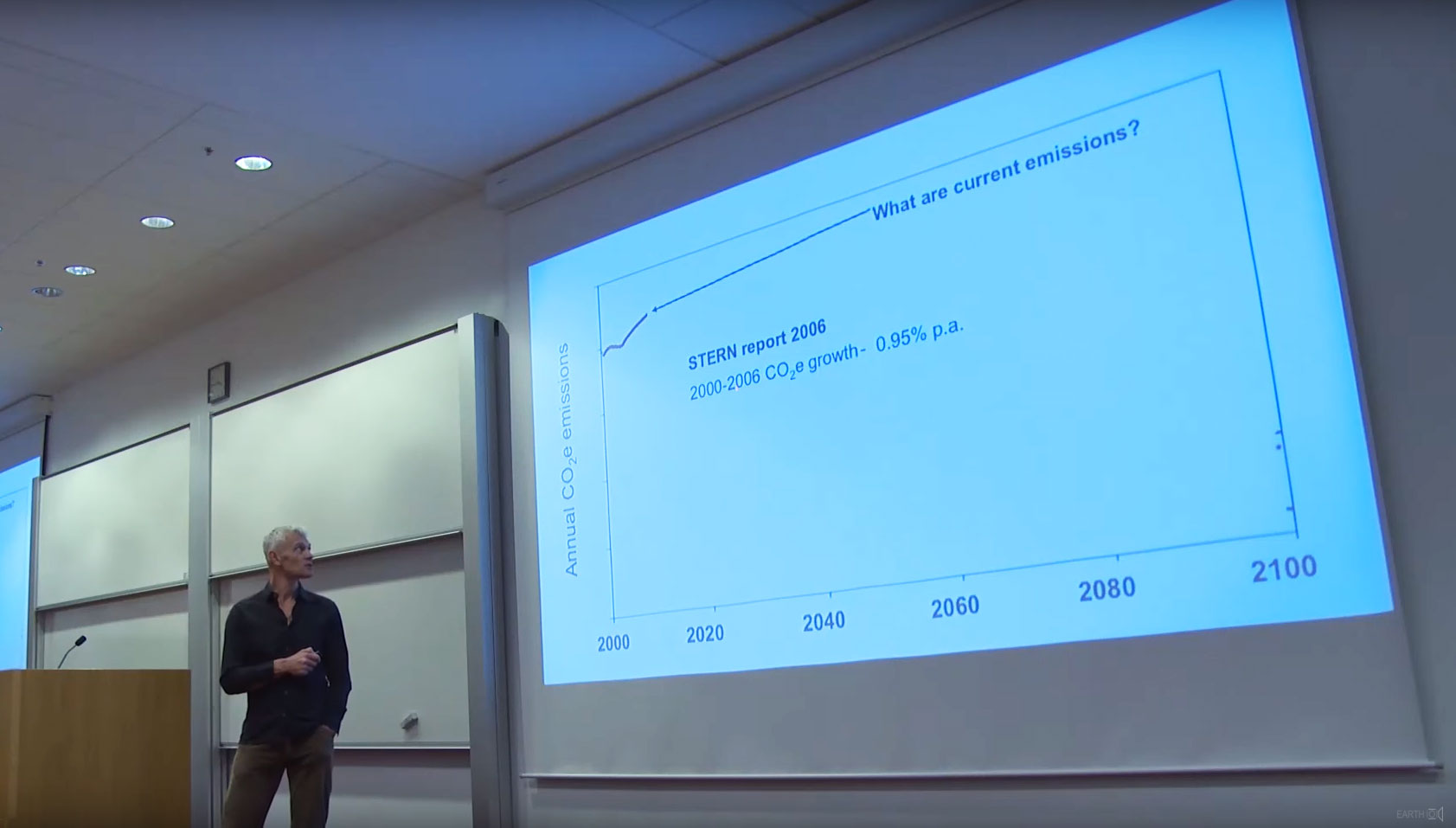 With fourteen of the fifteen warmest years on record having occurred since the year 2000; with oceans both warming and acidifying; and with unequivocal scientific evidence that burning fossil fuels is the principal cause – what can we do to rapidly reduce emissions?

This lecture will revisit the mitigation agenda in light of the IPCC’s carbon budgets for 2°C, arguing that whilst the science of climate change has progressed, we obstinately refuse to acknowledge the rate at which our emissions from energy need to be reduced. Speculative negative emissions technologies have become de rigueur in balancing the escapism of incremental mitigation with rapidly dwindling 2°C carbon budgets. Similarly, the eloquent rhetoric of green growth continues to eclipse quantitative analysis demonstrating the need for radical social as well as technical change.

Taking these issues head on, this seminar will develop a quantitative framing of mitigation, based on IPCC carbon budgets, before finishing with more qualitative examples of what a genuine 2°C mitigation agenda may contain.

Kevin Anderson is professor of energy and climate change in the School of Mechanical, Aeronautical and Civil Engineering at the University of Manchester. Anderson recently finished a two-year position as director of the Tyndall Centre, the UK’s leading academic climate change research organisation. Kevin’s work makes clear that there is now little to no chance of maintaining the rise in global mean surface temperature at below 2°C, despite repeated high-level statements to the contrary. Moreover, it demonstrates how avoiding even a 4°C rise demands a radical reframing of both the climate change agenda and the economic characterisation of contemporary society.