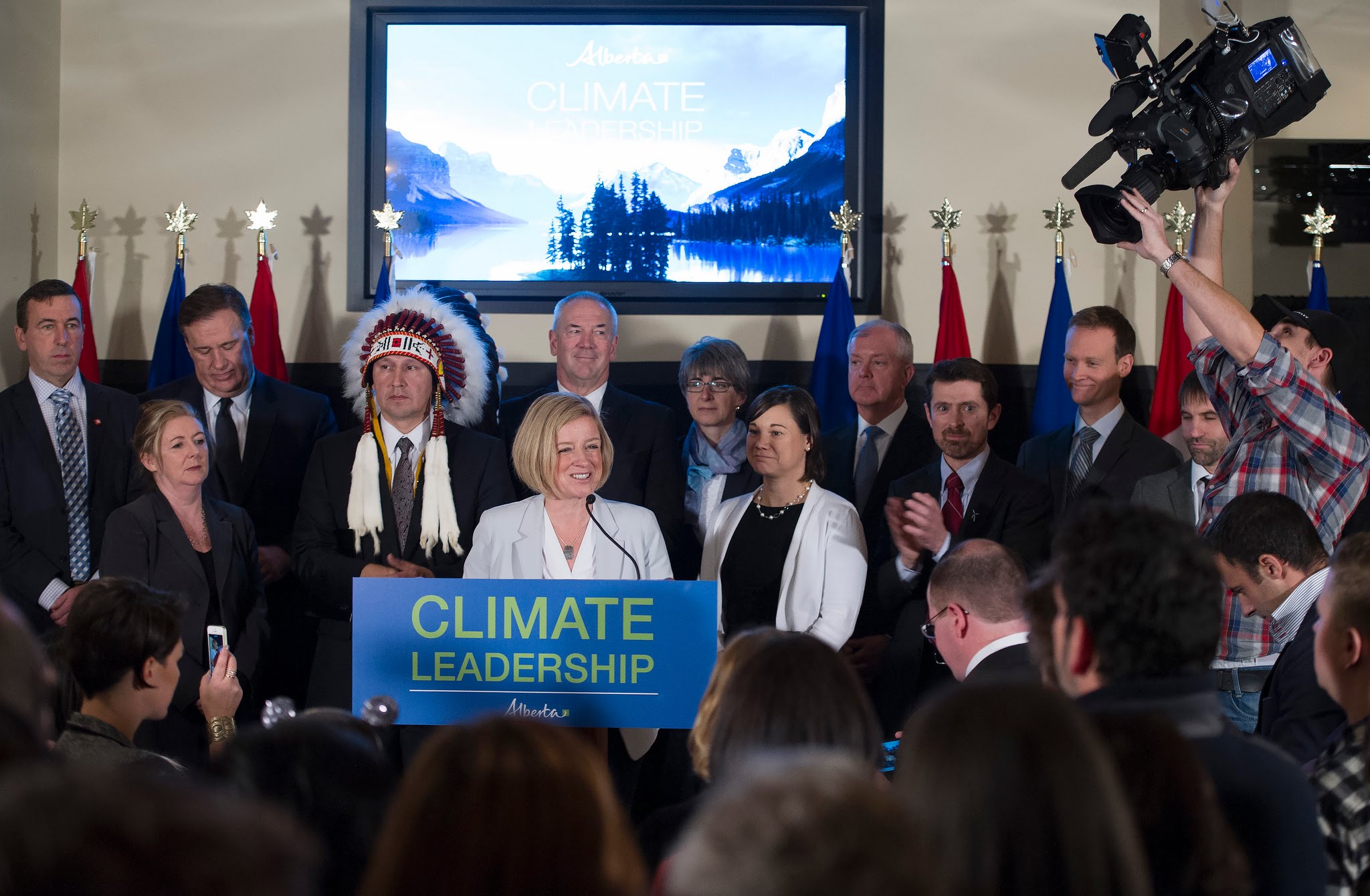 Climatecrocks: Above, Exxon CEO Rex Tillerson’s remarks on a revenue neutral carbon tax from October 2009.(he’s for it, along with most of the other leading oil major execs)
Good ideas eventually get around.

Alberta’s NDP government is imposing new curbs on emissions from the oil sands and establishing an economy-wide carbon tax in a sweeping new plan aimed at showing it is serious about fighting climate change.

The long-awaited strategy, which comes days before world leaders meet in Paris for a major climate summit, also includes a phaseout of coal-fired power generation in the next 15 years, a 10-year plan to nearly halve methane emissions, as well as incentives for renewable energy.

Research and advocacy group Clean Energy Canada had a simple but rather brilliant idea: it asked! Last fall, it interviewed 14 key figures, including some of the plan’s political architects (like B.C.’s then-premier and then-finance minister) as well as experts from business and academia who were involved in the process.

CEC has now released a report distilling what it learned from those interviews: “How to Adopt a Winning Carbon Price.” There are 10 key takeaways. I’ll list them all, but I’m only going to dig in on a couple. See the report for more (it’s short and readable):