Obama on Climate: State of the Union 2015

You are here:
2015Climate ChangeCommunicationUSA 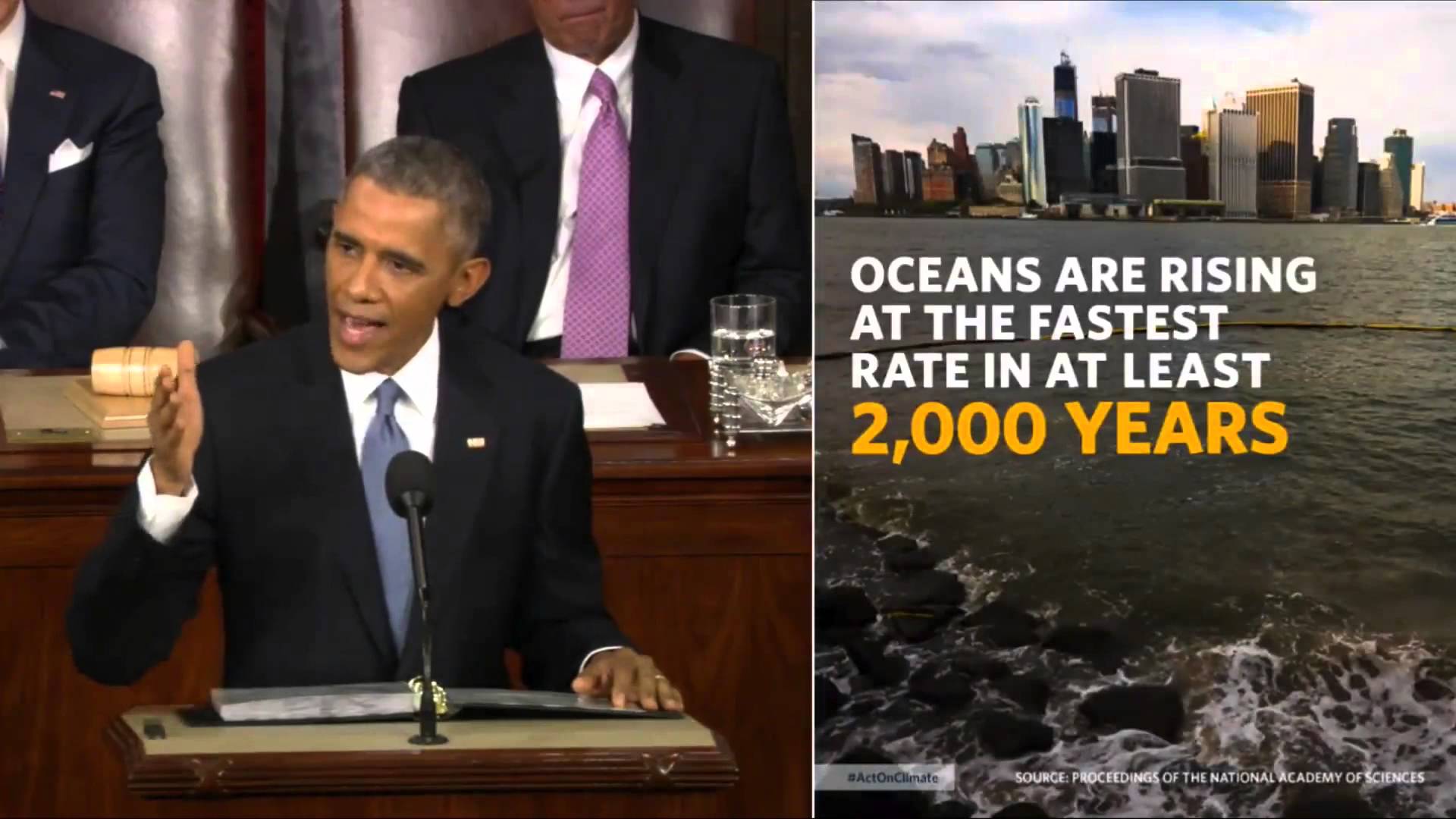 In a long, passionate section of his State of the Union Address, the President laid out the threat posed by Climate change.

2014 was the planet’s warmest year on record. Now, one year doesn’t make a trend, but this does — 14 of the 15 warmest years on record have all fallen in the first 15 years of this century.

I’ve heard some folks try to dodge the evidence by saying they’re not scientists; that we don’t have enough information to act. Well, I’m not a scientist, either. But you know what — I know a lot of really good scientists at NASA, and NOAA, and at our major universities. The best scientists in the world are all telling us that our activities are changing the climate, and if we do not act forcefully, we’ll continue to see rising oceans, longer, hotter heat waves, dangerous droughts and floods, and massive disruptions that can trigger greater migration, conflict, and hunger around the globe. The Pentagon says that climate change poses immediate risks to our national security. We should act like it.

That’s why, over the past six years, we’ve done more than ever before to combat climate change, from the way we produce energy, to the way we use it. That’s why we’ve set aside more public lands and waters than any administration in history. And that’s why I will not let this Congress endanger the health of our children by turning back the clock on our efforts. I am determined to make sure American leadership drives international action. In Beijing, we made an historic announcement — the United States will double the pace at which we cut carbon pollution, and China committed, for the first time, to limiting their emissions. And because the world’s two largest economies came together, other nations are now stepping up, and offering hope that, this year, the world will finally reach an agreement to protect the one planet we’ve got.