You are here:
El Nino 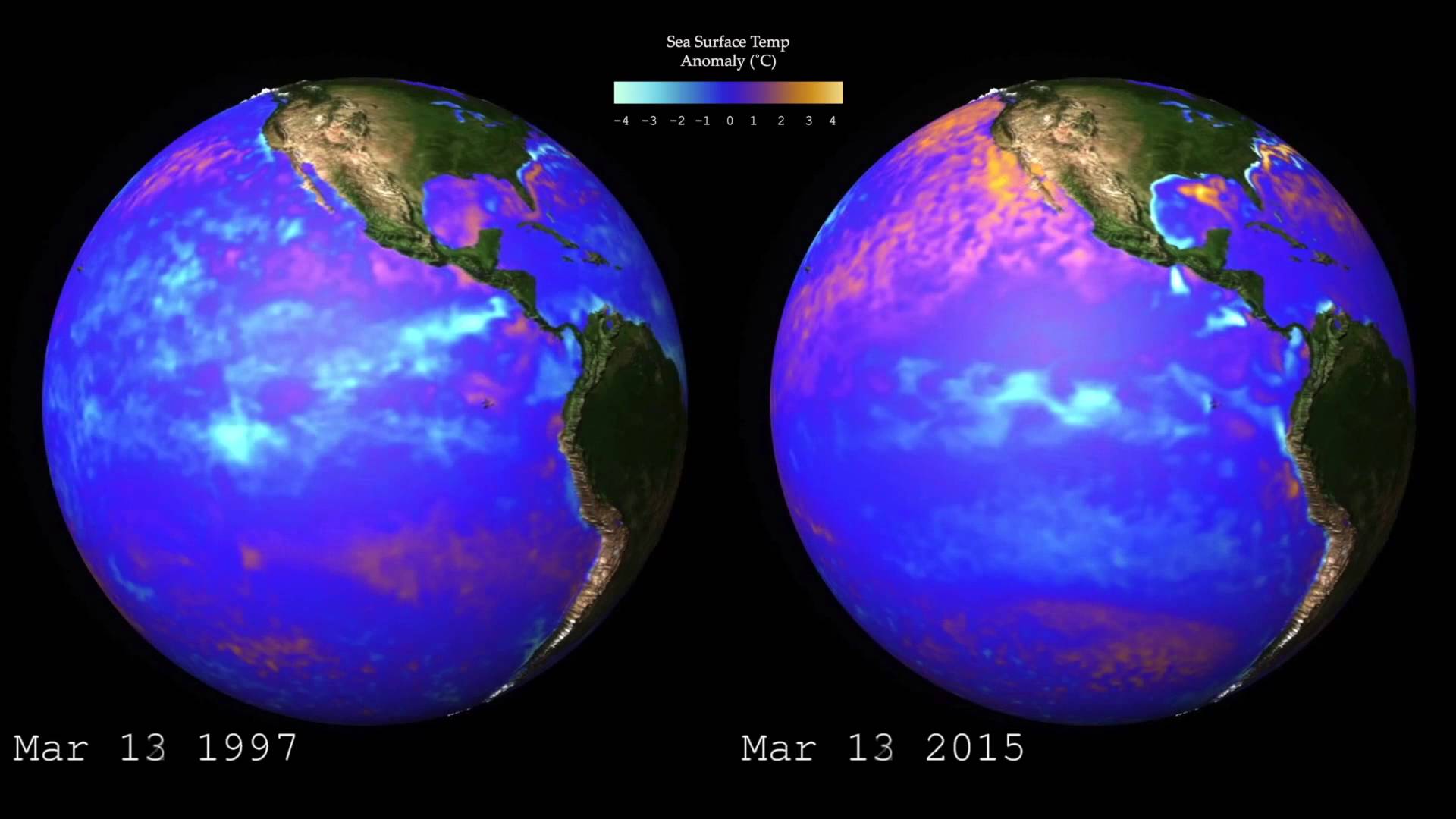 A brief comparison of changes in sea surface temperature (SST) anomalies between the major El Niño event of 1997-98 and the El Niño event emerging in 2015. The visualization depicts data from the NOAA 1/4° daily Optimum Interpolation Sea Surface Temperature (OISST). The data are combined from sources such as satellites, buoy networks, and ships. The OISST analyses are named for the key satellite sensor used: in this case, the Advanced Very High Resolution Radiometer (AVHRR).