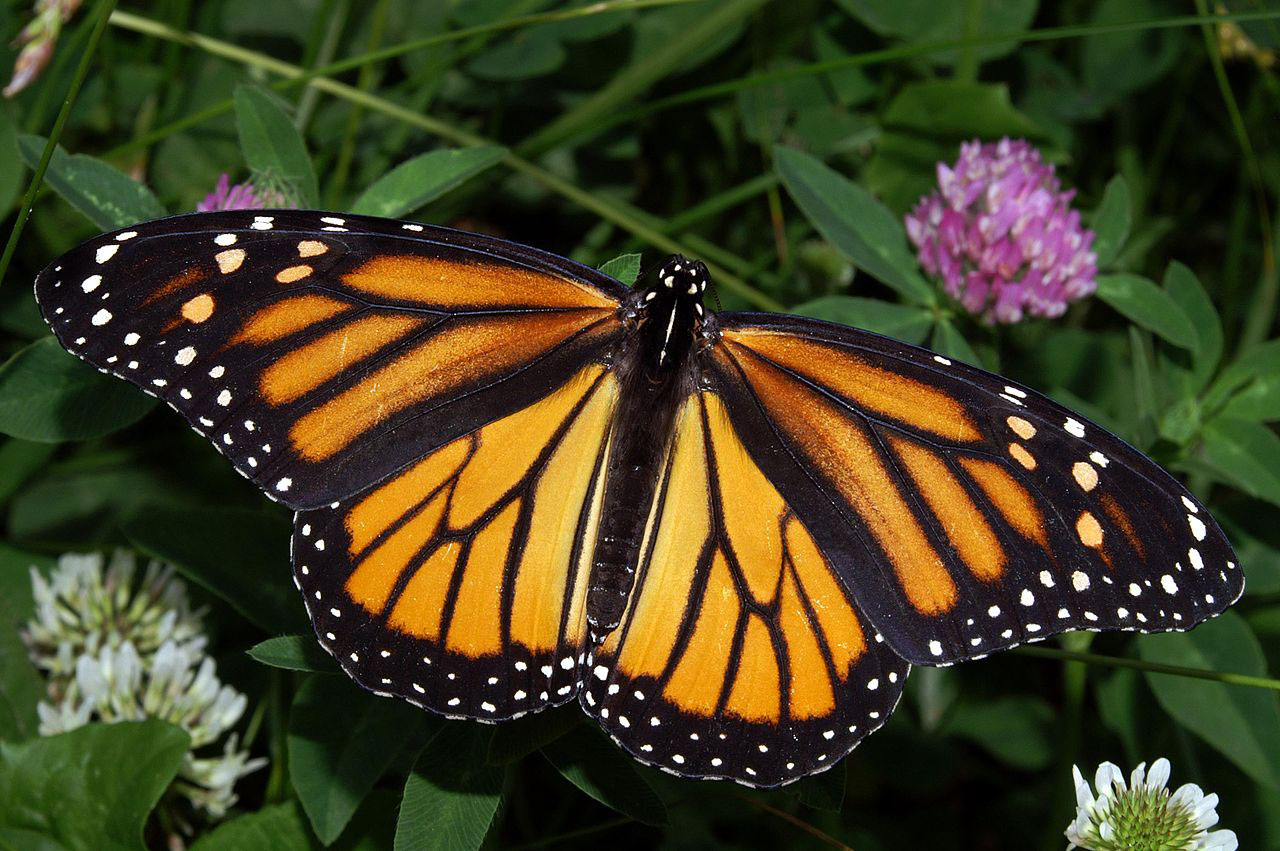 Milkweed plants from the chambers were fed to hundreds of monarch caterpillars this summer. Milkweed is a monarch caterpillar’s only food, satisfying its nutritional needs while providing an invaluable medicinal boost. The plant’s leaves contain a bitter toxin that helps the insects ward off predators and parasites.

But previous work at U-M’s northern Michigan biological outpost, in the laboratory of ecologist Mark Hunter, showed that some species of milkweed produce lower levels of the protective toxins, called cardenolides, when grown under elevated carbon dioxide conditions.

That finding caught the attention of U-M doctoral student Leslie Decker, who with Hunter designed a multi-year follow-up study, underway at the Biological Station, that is the focus of her dissertation in the Department of Ecology and Evolutionary Biology.

“When I heard that, it really set off an alarm,” Decker said. “If toxins that are very active against parasites are decreasing under elevated CO2, what does that mean for the susceptibility of monarchs in the future?”

Most discussions of the monarch’s plight focus on habitat loss: the logging of trees in the Mexican forest where monarchs spend the winter, as well as the loss of wild milkweed plants that sustain them during their annual migration across North America.

The U-M study examines a different type of potential threat. It is one of the first experiments to assess the likely impacts of elevated carbon dioxide levels—the same mounting gases blamed for human-caused climate change—on the health of future monarch populations.

Related
Butterflies are also plant pollinators but glyphosate usage, which kills the only food source of the Monarch’s, contributed to a 90% population decline in recent years.